Sens. Hawley and Grassley Press DHS On Plans For Ministry of Truth To “Partner” With Social Media

Sens. Hawley and Grassley Press DHS On Plans For Ministry of Truth To “Partner” With Social Media 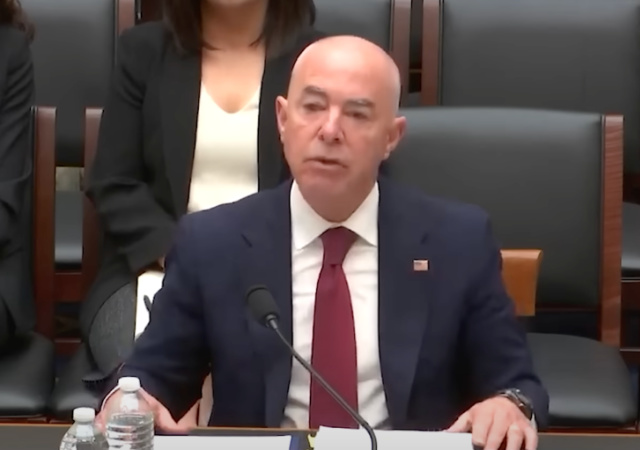 If there’s one thing we’ve learned about the radical left, they never give up. Their horrible, unworkable, unreasonable, and downright scary ideas are rejected again and again, yet they just keep plugging away, finding new ways to move ‘forward’ their totalitarian agenda that they imagine will turn all of America into a progressive utopia like San Francisco, replete with horrific crime, poop-laden streets, rampant homelessness, and open-air drug use.

One of the latest schemes of these evil-doers was a plan to monitor and censor American speech. The proposed “Disinformation Governance Board” was met with well-deserved outrage (and not a little ridicule), so much so that the Orwellian Biden administration decided to put its Ministry of Truth on “pause.”

“Pause” simply means that it will be picked up when the furor dies down, probably secretly (if it hasn’t been already).

Republican Senators Josh Hawley (MO) and Chuck Grassley (IA) have obtained whistleblower documents from DHS that detail some shocking intentions, particularly with regard to “public-private partnerships” with social media and presumably with other internet entities.

In a statement published on his .gov site, Hawley provides details.

New whistleblower documents, obtained by U.S. Senator Josh Hawley (R-Mo.) and Senate Judiciary Committee Ranking Member Chuck Grassley (R-Iowa), expose shocking new details about the Department of Homeland Security’s (DHS) planned Disinformation Governance Board. The documents reveal that DHS drafted plans for the Disinformation Governance Board as early as September 2021 and explored the possibility of partnerships with Big Tech companies like Twitter to assist in their efforts.

“The First Amendment of the Constitution was designed precisely so that the government could not censor opposing viewpoints – even if those viewpoints were false. DHS should not in any way seek to enlist the private sector to curb or silence opposing viewpoints. It is therefore imperative for DHS to provide additional clarity regarding its policies and procedures for identifying and addressing ‘MDM,’ as well as its efforts to ‘operationalize’ public-private partnerships and the steps it is taking to ensure that it does not infringe on the constitutional rights of American citizens,” the senators wrote.

The whistleblower revelations Hawley and Grassley report include the following:

“Rumor Control”? Really?  Were “Flag the Fishy” and “Attack Watch” already taken? Oh, right, those iterations of this anti- and un-American central government overreach blew up in Obama’s face. But this is the radical left, and they never give up.

You can read the letter the Senators sent to DHS here.

You can read the whistleblower documents here.

I’m old enough to remember when the left thought they were the anti-censorship party of cool.

They never really thought that. They realized they didn’t yet control the powerful posts and pretended to be anti-censorship so we wouldn’t censor their support for communism and general degenerate behavior.

Isn”t there an oversight or planning board involved in this? You know, the one where George W. Bush is a key board member?

He ticked the “Hispanic “ box. That qualified him.

I have never believed this Mayorkas character is mentally squared away.

They broke the mold after they made Mayorkas and Bezos. Tell me Secretary Mayorkas, does information domination really compensate for having no looks or hair?

Hmmmm… the federal government “partnering” with mega-corporations in order to stifle our free speech rights.

I seem to remember there is a word for that….. oh yeah: FASCISM.

But “TRUMP WAS LITERALLY WORSE THAN HITLER…. REEEE REEEE REEE”

“If there’s one thing we’ve learned about the radical left, they never give up.” The left never sleeps. They will never, ever leave us alone.

“It is the common fate of the indolent [*] to see their rights become a prey to the active [**]. The condition upon which God hath given liberty to man is eternal vigilance; which condition if he break, servitude [***] is at once the consequence of his crime and the punishment of his guilt.” John Philpot Curran (1750- 1817).

In other words, you better fight-&-defend or all those hard-earned freedoms will be taken without a moment’s notice. And as recent evidence, look at how governors and their staffs acted during the COVID-19 lockdown.

** The active – experience has taught that the left has a never-ending list of stupid, freedom-depriving ideas; the left will NEVER leave us alone. Green New Deal; elimination of 1st Am., 2d Am., mail-in voting, shut-down orders, and on and on

*** Servitude – comes in a variety of forms, from detention (jail, stay-at-home orders) to economic deprivation via regulations (which always result in bigger government, higher prices for goods/services and greater unemployment) to increased taxation

Starting your own John Birch Society chapter (even in Canada) is an effective “doing something,” to striking back at the left. Such is organized resistance. It is a means of giving order to individual frustrations.

When we combine our forces into organized resistance to the left and a corrupted state we become more effective, creating our own unified sphere of influence following a coordinated agenda.

Evil as government policy is real and thriving under President Ron Klain. Biden would have approved back in the day he could count past “Corn Puff”.

Any residual desire not to see yourself as having been sold a bill of goods by the neocons ends here yes?

Huh? What does this clown have to do with the neocons? He’s a straight up prog loon sycophant.

You have to be deaf dumb and blind to think any portion of the national security state that neocons worship and built up to the point of being beyond the civilian government isn’t 100% behind him.

If you are pro-neocon this is what you are standing for.

DHS is not an ancient department it is an agency that was built by Bush and has only ever acted as an enforcer of the liberal establishment.

Do you seriously need a refresher on the specific parts of the government that sabotaged us during the Trump years (hint it was the National Security State, the more traditional parts of government got in line behind the president).

Good lord, you’re talking about shit from 20+ years ago? Fine, but be a little less oblique in your references so we can follow along a little easier.

And are you sure you’re ranting on the correct site? I’m not aware of any neocons around here.

You’re not paying close enough attention. I get down clicks every time I knock “W”. Take a look at the RINOs testifying against Trump. Cheney isn’t a neocon? Or William Barr? The neocons are still alive and thriving in the Uniparty.

Phil, I was referring to this site, but I’ll take your word for it re: the down ticks. Yeah, I know they’re alive and “well” in DC for sure.

This is the Democrats at work and proves that there is no significant difference between them and Nazis, Communists and Socialists. They all seek power thru the establishment of a one party state that controls every aspect of society. This is especially true when they have to deal with those who oppose them and obstacles like the constitution and Supreme Court.

But in this case the reason they have this power is we chose to establish the national security state (DHS is a Bush created agency). We empowered the FBI to the point it feels like and actually is beyond control of the civilian government and actively intervenes in American elections and politics.

That is what I am trying to draw attention to. If we can’t even defund the DHS and FBI as they actively try to create a one party state…..of course doing either requires admitting yes we made the ultimate blunder creating one and empowering the other.

I fully agree with you Demorcat bad (although I would avoid the term nazi and replace it with fascist) but I like to think of what we did wrong because that gives us guidance on what we should do when we gain some degree of power. In 2017 we gained all three branches of government but had no plan on what to do with power resulting in failing in many important ways.

They are still going to do it. It just won’t be so public.

Twitter fulfilled this function during the 2020election. Now that twitter is embracing free speech the progressive fascists need some other way to “protect” the voters from inconvenient truths. It worked inn2020 as the truth about Biden’s corruption would have lost the election. So the “ministry of truth is going to tell the progressive fascist news media what information they should hide from the voters.

If I may add something negative and positive (this isn’t meant as a criticism just an addition).

If we want to make the progressive fascists (glad you are using that term instead of nazi 🙂 ) lose in terms of influencing the public square we need to exert the power we have within government in the other direction.