“emails show Katz admitted to many things he did not do when the alumna accused him of wrongdoing, casting doubt on the veracity of that admission” 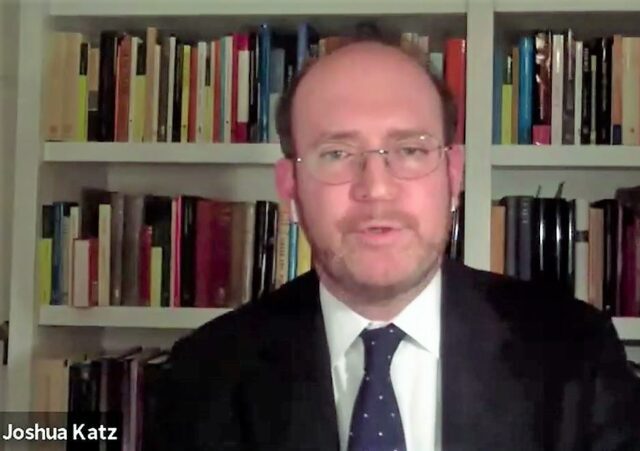 We have been following the story of Professor Katz for months. This is a new development.

Inside the Investigation of Axed Princeton Prof Joshua Katz

Announcing the unceremonious dismissal, Princeton said Katz had dissuaded the former student from participating in a 2018 probe into the affair and discouraged her from “seeking mental health care” while she was an undergraduate. Both findings were based on excerpts of a voluminous email correspondence between Katz and the alumna, exchanged over 13 years, in which she sent him professions of love, allegations of “abuse,” and threats of suicide.

This report is based on a review of all the materials Katz provided to the university, according to two sources with knowledge of the situation, including more than 3,000 emails between Katz and his former student. That broader correspondence suggests that Princeton seized on unrepresentative exchanges to make its determinations, cherry-picking Katz’s messages and ignoring inconsistencies in the alumna’s story.

In fact, their exchanges show the alumna declined to participate in the 2018 inquiry of her own volition and that Katz went out of his way to avoid pressuring her into that decision. “I honestly don’t want to put any pressure on you whatsoever to do or not do anything,” he wrote on April 11, 2018, as Princeton was investigating the affair. “The decision here has to be yours.”

Katz did admit in three 2018 emails to dissuading the former student from seeking therapy her senior year. But the emails show Katz admitted to many things he did not do when the alumna accused him of wrongdoing, casting doubt on the veracity of that admission. The emails also show that, at other times, Katz told the alumna to seek psychiatric care. “Please remember that the most important thing is that you take care of yourself,” he told her in March 2008. “I’m counting on you to do this—and if you feel you can’t, then you *must* get help immediately.”

The Katz Department of Classics at Princeton University has a nice ring to it.

“But the emails show Katz admitted to many things he did not do when the alumna accused him of wrongdoing, casting doubt on the veracity of that admission.”

This statement appears twice (once in the headlines). I am having great problems parsing it. It is similar to, “Katz confessed to crimes he did not commit.” The concept here seems to contradict every other claim in the article. And if he had done that bizarre thing, one would expect to see some examples included in the article of things he never did but admitted to. It makes me believe that someone simply wrote this sentence incorrectly.

Is it just me or does everyone in this little melodrama was and probably still is unhinged?

The woman demonstrates very well her mental illness in her emails. Katz doesn’t sound like he’s too well grounded in reality either by flouting University rules for dating an undergrad with a mental illness and then, after being place on their radar and skirting by with a wrist slap, drawing undue attention by a quixotic tilt at his employer’s wokeness. Then there’s good ole Princeton who can’t seem to place a rational foot forward on this or any other topic.

They all deserve each other and the only lesson for the rest of us is to keep your kids out of Princeton. I don’t envy the courts in dealing with this group of nutters.

One would expect that a school with an endowment the size of Princeton would have more psychiatrists and psychologists on staff to help students than there are faculty.