Progressive L.A. County DA George Gascon Might Be Next To Be Recalled, Particularly After Mishandling of Car Attack

Progressive L.A. County DA George Gascon Might Be Next To Be Recalled, Particularly After Mishandling of Car Attack

Gascon walks back claim sheriff’s about involvement in hit-and-run prosecution related to a teenager who plowed into mother and child. 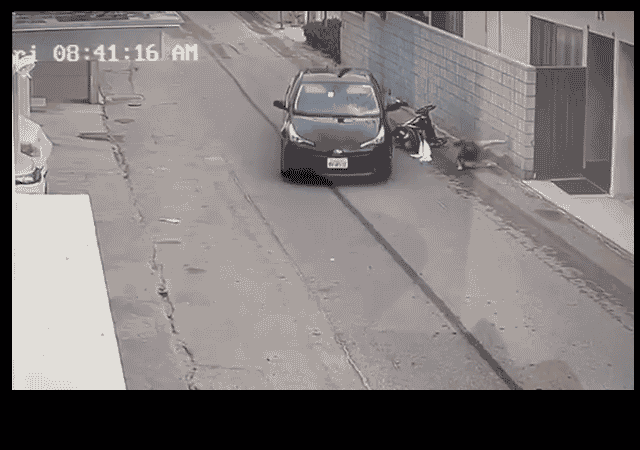 Last year, there was an attempt to recall LA Country District Attorney George Gascon, whose election was one of many backed by billionaire George Soros.  It fizzled out in the fall.

The new recall effort against George Gascon is heading into the home stretch, and it appears the second recall effort will be more successful than the first.

The Recall George Gascon campaign said it has collected 500,000 signatures as of Monday, leaving them with 67,000 more needed from registered voters by the July 6 deadline to put the recall question on a ballot.

To collect the remaining number of signatures needed, the group has mailed out 3.6 million petitions to Los Angeles County voters. It said 5% of those who receive and sign the forms would give the campaign more than enough to clear the threshold.

“In other words, the recall is figuratively and literally in the hands of LA County voters,” the group said in a statement to Fox News Digital.

The latest recall movement recently gained considerable momentum when, under Gascon’s criminal-friendly policies, a California teen who rammed a car into a mother and infant child was on probation at the time of the incident.

The 17-year-old who pleaded guilty to driving a car into a woman walking her child in a stroller in Venice, California has a criminal background and was on probation at the time of the incident, Fox News has learned.

The teenager was previously convicted of felony poisoning after spiking a teenage girl’s drink in 2019 at Palmdale High School, which sent her to the hospital.

The 17-year-old was charged with two felony charges of assault by means of force likely to produce great bodily injury and one felony count of hit-and-run and pleaded guilty, but was sentenced to five to seven months in a juvenile probation camp. Prosecutors describe the camp as “less than a military school and a little bit tougher than a summer camp.”

The situation is so dire for Gascon that he claimed that the county sheriff’s department “agreed with the felony charges” and lenient sentencing against the teenager. He has had to walk that claim back.

After Los Angeles Sheriff Alex Villanueva called out Gascon and said “We were never consulted as we were not the investigating agency,” Gascon’s office corrected the statement on Saturday, stating that the sheriff’s office was not involved.

“Need to correct our statement from yesterday. LASD was not involved in the decision on the felony charge, as they were not the investigating agency in that case,” a spokesperson for the district attorney’s office said.

Villanueva had earlier said that his office was not consulted regarding the charges.

“We were never consulted as we were not the investigating agency,” the Los Angeles official wrote on Facebook and Twitter early Saturday. “Sheriff’s investigators would never be OK with the lightweight sentencing in this hit-and-run case. Stop empowering and encouraging criminal behavior. Hold them accountable #VictimsMatter.”

This particular sentencing was the final straw for many Los Angelenos.

I haven’t signed the recall yet. I saw this video after it happened. Now that I know Gascon’s policies are letting this kid go to Juvie camp for 5 mos, I went to the recall website and requested a mail in petition. They’ll send it directly to me with a pre paid return envelope.

The court affirmed an earlier ruling that said the directive not to charge strikes against defendants violates state law and the rights of prosecutors in Los Angeles County.

“On the merits, we conclude the voters and the Legislature created a duty, enforceable in mandamus, that requires prosecutors to plead prior serious or violent felony convictions to ensure the alternative sentencing scheme created by the three strikes law applies to repeat offenders,” the ruling said. “The district attorney overstates his authority. He is an elected official who must comply with the law, not a sovereign with absolute, unreviewable discretion.”

Hopefully, Gascon’s reign of lawlessness and terror will end soon.

California is on a roll. But it’s like rolling a big rock up a hill. It takes a lot of effort to make a little progress and after awhile it will roll back down again.

This is one of those rare instances where the video is so absolutely clear-cut that it’s not possible to have the slightest bit of empathy with this thug.

She’s literally as far as possible to the side pressed straight up against the wall, and he INTENTIONALLY hit her and her baby and then tried to run.

You cannot look at that video and not believe that this was anything other than attempted murder.

People were already calling for Gascon’s head BEFORE they found out this scumbag was already on patrol for drugging a girl and putting her in the hospital.

But I have no hope for LA. His replacement will be just as bad.

absolutely–in a stolen car, no less–here’s hoping karma will pay a visit to this thug when he returns from camp

How long before the vigilantism starts, I wonder.

It already has. The driver of the pickup really stepped up. And in a segment of the video left out of a lot of the broadcasts there are a couple of guys trying to get through the driver door at the homicidal asshat. Unfortunately, neither of them was equipped with a center punch.

That is what they want so that they can then crack down on it. But, the longer this goes on, the harder it will be for them to find the off-switch, and they might not. For the Democratic party, this is starting to look like April 1945, in the suburbs of Berlin.

Remember, recall signatures will be scrutinized with the most vigorously, votes on the other hand need only the signature.

One thing to keep firmly in mind. This is Democrat owned California, and Los Angeles. After Boudan’s loss in San Francisco, they know that they have to pull out all the vote fraud stops. And they will have weeks to get ready. Do not assume a victory of the people over the Party. The margin of theft to beat will be bigger, and at the very least the citizens need to push it to the point where it cannot be denied that there was cheating.

I have held the opinion that California was the Beta test for election theft.

California went from hard core Republican to whatever they are in a short time in my lifetime.

I don’t believe there were that many “illegal” votes ( defined as illegal non citizen voters skewing the votes) back then.

Also, if they truly did vote to the left, the “laws’ on ballot harvesting etc. were unnecessary.

Perhaps what happened in even more progressive San Francisco will happen in LA and other cities that elected public defenders on steroids to masquerade as DAs.

The California Democrats are deepening their goat bench.
Now a soiboi state legislator is filing a bill to make it mandatory for schools to haul primary grade classes to drag shows.
🎶 “It’s raining recalls…”