Mamma Mia! Olive Oil May Be Next Commodity Shortage Coming

Mamma Mia! Olive Oil May Be Next Commodity Shortage Coming

The troubles began just over decade ago when a bacteria began killing olive trees in Italy. 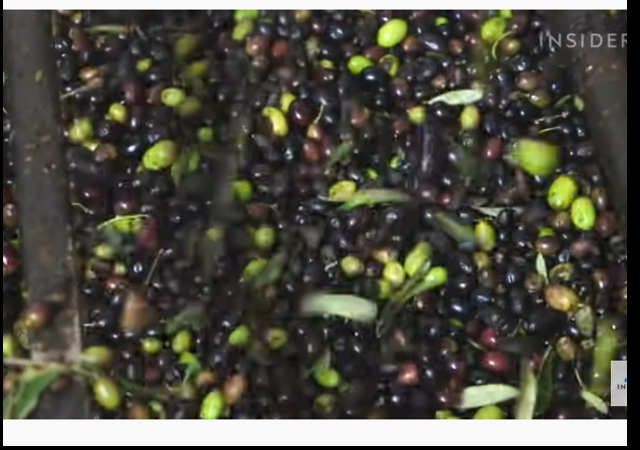 Olive oil is an essential ingredient in many delicious foods that bring Americans joy.

Sadly, there may soon be less comfort food and happiness for us to savor. Due to an infestation impacting Italy’s famed olive trees, the world is now facing a scary, new commodity shortage.

A slew of ongoing issues have been drizzling trouble over the olive oil industry for the better half of the past decade, according to experts in the field, and things are getting increasingly dire. Chief among the problems is a rapidly spreading olive tree-killing bacteria. That coupled with COVID-related production problems and supply issues stemming from the ongoing war in Ukraine, are wreaking havoc with supplies of the world’s favorite healthy oil.

The troubles began just over decade ago when a bacteria known as Xylella fastidiosa began killing olive trees in Italy — particularly an estimated 20 million in Puglia, per Atlas Obscura. The brutal blight turns trees an unhealthy pale color and leaves them with “no chance of survival,” according to the outlet.

The bacteria, which is carried by insects that consume tree sap called hilaenus spumarius, has since spread beyond Puglia, which is responsible for 12% of the world’s olive oil supply. Now, it’s reached the whole of Italy and other Mediterranean nations are at risk, according to Atlas Obscura.

Billions have funneled money into covid research and “climate change” studies. However, there doesn’t appear to be the same effort to study how to combat the bacteria destroying the trees.

“This is the most critical time [for olive oil]. There is an unforeseeable future,” Pietro Brembilla, owner of Italian culinary good retailer Sogno Toscano, a Tuscan business that brings the best of the boot into the US, told The Post.

Brembilla said the fatal blight has harmed production by about 50% in the past five years. He worries that not enough is being done to combat it.

“It’s been way too many years that this has been an issue … it is ruining the crops,” Brembilla said, adding that one of the largest issues from the blight is that affected products do not meet health standards to be sent around the world.

“I am pretty worried. I love my country, but we’re not the best to taking matters into our own hands. There’s only been slow changes [in fixing the blight issue].”

The olive oil trade has been a critical component of Mediterranean economies since ancient times, which is a significant development. Estimates are that production will drop over 2 million tons next year.

Global olive oil production is expected to fall to 2.9 million tons in the 2022/23 crop year, according to the latest estimates published by the United States Department of Agriculture.

According to USDA data, production will fall by 11 percent compared to the previous crop year and finish 8 percent below the rolling five-year average.

I would strongly urge the scientific community to spend some time determining how to fight the olive tree blight instead of pandering to the latest social justice and green activist boutique research agendas.

Perhaps it is time to prioritize research that has a benefit to humanity?

There will be no shortage of excuses…. so dine on that.

Who didn’t see this coming?

There is a Global shortage of edible oils. Sunflower oil can’t escape from Russia and Indonesia banned the export of Palm oil.
There will be a shortage of corn oil by next year.

So, just get used to it. This is part of the Global famine that will last until we drill more gas wells (for fertilizer) or hundreds of millions starve to death.

Next, there will be a matzoh shortage next Passover. There already was an egg shortage for Easter…

Use “on the gripping hand” for the third.
It’s a Niven/Pournelle reference.

There was a matzo shortage this year, at least for those of us who use only hand-made matzo. Part of it was that the Ukraine has become a major supplier in the past decade. Though much of that was shipped before the war started, so it wasn’t as bad as it could have been. And if the war is still going on by next matzo-baking season (which starts about six months before Pesach) other suppliers will increase production.

Another factor, in some markets, was the trucker shortage. Australia, in particular, suffered because one of the biggest importers was unable to get its product from the bakery in the US to the docks, in order to get it to Australia in time for Pesach. The matzos sat at the bakery for over a month, waiting for pickup, until eventually the importer had no choice but to cancel the order, because it was too late to get there in time. A small supply was flown in instead, and the price was doubled.

The Four Elephants of the Apocalypse have arrived!

There’s FOUR of them in the room?!

No, they’re outside in the parking lot.

You shouldn’t buy imported olive oil in the first place. Most of it is adulterated with cheaper seed oils. Switch to domestic California olive oil or us avocado or coconut oil.

You recommend any brands?

I switched to avocado a while back because of the crazy high smoke point. Pecan oil is almost as high, and I would prefer to use that, but for some dumb reason I am now allergic to pecans, which was not the case most my life. What a big fat disappointment.

“What a big fat disappointment.”

We use Avocado for homemade mayonnaise but olive for most everything else since seed oils are not good for you. There is always peanut and canola if things get tough.

Popeye and Bluto have known to fight over Olive Oil.

I heard about that: there was a brutal child custody case stemming from the three of them.

Good Lord there is a whole Oyl family lineage I never knew about
https://www.oliveoilsource.com/article/olive-oyl-family

and there are those who think preppers are crazy. any prepper worth the name laughed at the TP shortage in ’20, and has a few years worth of whatever oil they regularly use that they rotate through.

This will really annoy me. I cook a good bit and am ‘liberal’ with OO use….okay, conservatively twice.

Xylella fastidiosa is the bacteria that causes Pierce’s Disease in grapevines. I know it affects olives but haven’t personally had an affected olive tree. I lose a number of vines to PD each year.
Once infected, a vine is dead–although it may take a couple years. Essentially, looks like drought. There are other symptoms.
There is NO cure. The only thing that can be done is to apply imidacloproid (a neonicotinoid) to repel/kill the insect vector (sharpshooters) that spread the disease. It doesn’t cure anything, but limits the spread. Neonicotinoids are under fire, especially in Europe. We apply it through drip system–essentially zero hazard to anything that doesn’t chew on the grapevine.
As I said, I don’t have direct experience with olive trees. Citrus trees get infected, but show little effect. Olive trees live for hundreds of years–some perhaps 1000. Losing them to Pierces would be a real tragedy.

Where do you grow your grapes and olives? My wife and I had a burgeoning little olive orchard in central Texas that got completely wiped out when the ice storm hit in Feb 2021… we call it the “Valentine’s Day Massacre.”

Well, guess I buy the double-pack of the super-giganto size next trip to Sam’s….

I recommend the Genco Pura brand. Somehow they always manage to remain well-stocked when your local supermarket is out of all the others.