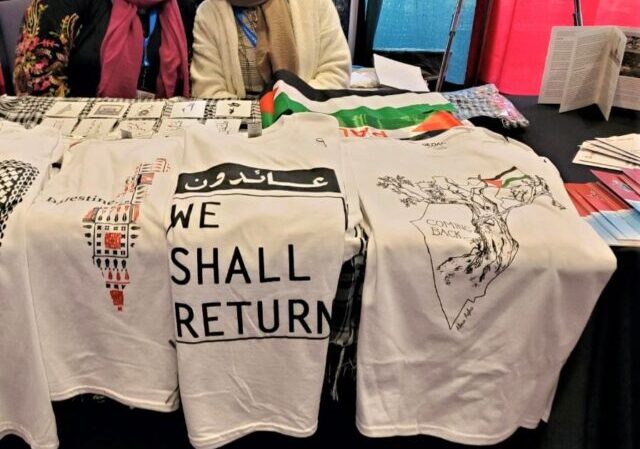 A case against two organizations charged with being successors-in-interest to terror-supporting groups may move forward, a federal judge has ruled. 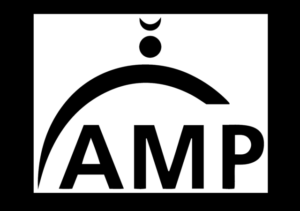 After their son David was murdered by Hamas terrorists, Stanley and Joyce Boim sued several organizations for providing the Hamas terror group with material support. The idea was borrowed from the Southern Poverty Law Center, a once-great but now ideologically corrupt organization that worked to bankrupt the Ku Klux Klan by suing it for damages.

The Boims won their case, and the court awarded them damages of $156 million. The defendants promptly shut down and claimed they had insufficient assets left to pay the judgment. For convenience, I’ll call them the deadbeat defendants.

The Boims filed suit claiming AMP/AJP were alter egos of the deadbeat defendants, effectively the same entities under new names. Therefore, the Boims argue, they should be able to collect their judgment against the deadbeat defendants from AMP/AJP. The federal district court initially dismissed their case, but on appeal the Seventh Circuit reversed the dismissal last summer and returned the case to the district court.

The defendants then filed motions to dismiss the case, basically claiming the plaintiffs hadn’t provided enough details to support a legal claim. The district court rejected this argument on May 17. At this point, the court isn’t saying anything has been proven, just that the Boims have detailed enough facts to support a legitimate claim. Referring to AMP and AJP as “Entity Defendants,” the court said:

As the Seventh Circuit observed, the Boims’ “complaint is replete with factual allegations … show[ing]” that Entity Defendants are “a disguised continuance of [AMS/IAP] and Holy Land.” 9 F.4th at 555. Specifically, the Boims allege facts supporting each factor the Seventh Circuit identified as relevant to a determination of alter ego liability in the context of this case: “overlap in leadership, same organizational purpose, similarity of operations, and unlawful motive or intent to escape liability.” Id. at 559. 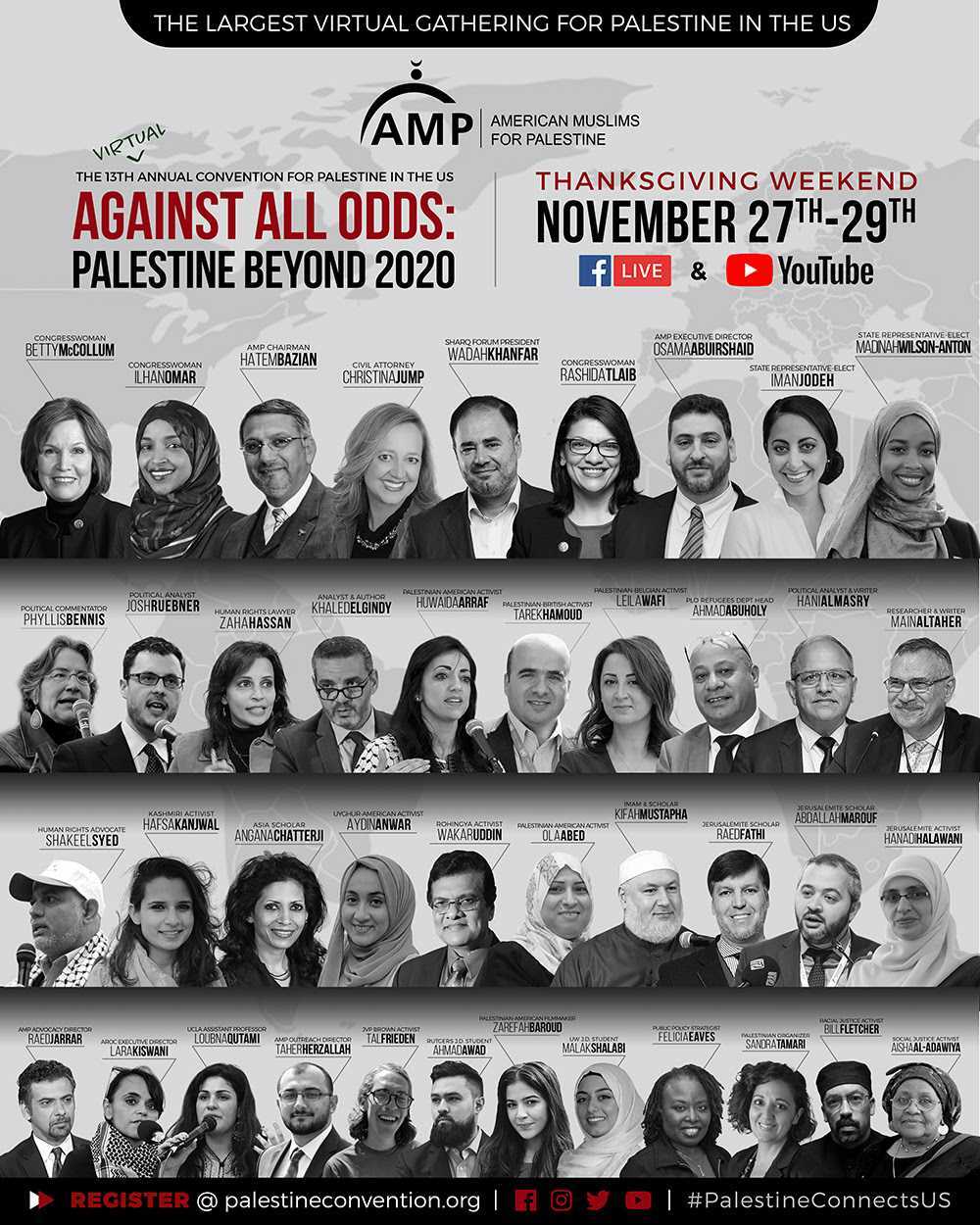 Substantially similar operations: “[A]mong the most significant activities of IAP and AMS was an annual conference.” After Holy Land and AMS/IAP purportedly closed, “the conferences continued under [American Muslims for Palestine’s] auspices” months later, with the same “audience, content, format, management, speakers, and… message.” In addition, Entity Defendants allegedly aligned themselves with a newspaper that “replace[d]” IAP’s newspaper, having an “essentially identical” format, content, target audience, website, and advertising base. And, as noted, Entity Defendants allegedly continued to provide the same indirect support for Hamas that Holy Land and AMS/IAP had.

Defendants filed answers (here and here) to the First Amended Complaint on June 16. Basically, the corporate defendants admit that they are focused on Palestinian issues and claim their appearance on the scene after the deadbeat defendants became defunct is a mere coincidence of timing. They deny most of the other allegations, and specifically deny that they have ever supported Hamas “efforts and ideology,” or provided material support to Hamas.

But there are some notable exceptions. For instance, paragraph 20 of the complaint alleges that Osama Abuirshaid and other AMP leaders were “vocal advocates and proponents of this [Hamas] ideology and political program.” Defendants coyly responded that AMP itself does not vocally advocate any violent ideology and/or political program – but that wasn’t the allegation. They also assert that the allegation about Osama Abuirshaid lacks “completeness [and] context,” but don’t deny the facts plaintiffs have asserted. They also don’t deny receiving significant funding from the Mosque Foundation of the Bridgeview Mosque. They admit that AMP and AJP are being run together. That could be important, because failure to maintain formalities between different corporations is part of what the plaintiffs’ claim is about. They admit running conferences beginning in 2006, more or less when IAP/AMS became defunct.

Next, the parties will conduct what’s called discovery, meaning they get to find out what information each has by looking at their documents and questioning their witnesses.

The Boims’ suit is important for at least two reasons. First, every dollar these organizations end up paying to the Boims is a dollar that doesn’t go indirectly – or directly – to support Hamas’s goals. Second, the suit is important to publicize the current defendants’ ties to unsavory organizations and people, and thereby counter the anti-Israel and anti-Semitic propaganda campaign they are conducting. Kudos to the Boims for honoring their son’s memory by fighting the good fight.

[Featured Image: American Muslims for Palestine ‘We Shall Return Shirts’ On Sale At 2019 Annual Conference]

I keep being told that it was once great, and I have no basis to dispute that claim, but nor do I have any information that would support it, and I’m reluctant to take it on faith. It is entirely possible that it was once great, before my time, but I suspect that was in the same alternative universe in which Cronkite and the NYT could be relied on for the truth, McCarthy accused innocent people of being communists, and Kerry was a war hero.

I’ve never seen anyone claim Kerry was a war hero. He was way more of an anti-war hero.

Did you not follow the 2004 campaign? It was all about Kerry’s war heroism. That’s why the Swiftboat Veterans for Truth were so important in exposing the truth about his war record.

Kerry had medals from VN

So did tens of thousands of others. I have many myself.

That doesn’t make a hero.

At best, he was a mediocre officer who did his job “acceptably”.

Its still done today but much more difficult to get away with given modern communication and media.

He did. And with great fanfare publicly threw them all into the reflecting pool in Washington, DC during an anti-war demonstration to display his contempt for the Vietnam war. Or so we’re to believe. But then, it’s rumored that he still has them, framed, in his office. That’s also believable given the duplicitous John Kerry we’ve come to know.

I was going to make the exact same comment. To my knowledge the SPLC was always a leftist front.

“The latter two, along with the Holy Land Foundation for Relief and Development, shut down rather than pay a $156 judgment levied against them for helping Hamas.”

I think you left out the operative word MILLIONS. Still, two A&A terrorist orgs shutting down over $156 dollars is hillarious.

This is an important and under appreciated story. The threat from these people is very real and being overlooked, forgotten and drowned out by the silliness and antics of the unserious fools in the Biden administration, nay, top levels of the United States government.

Goings on in Iran, Afghanistan, Hamas, and elsewhere across the Middle East continue apace, almost completely forgotten as we ‘struggle’ with transgenderism, Juneteenth, renewables, the wonderfulness of EVs, Elon Musk and Twitter, remasking, what to call monkeypox, and the 1/6 freak show.

These people are better organized, wealthier, and driven by pure hate, not the trifling hissy fits of the spoiled collection of TikTokers, influencers, MSM pouts, and semi-literate dullards the world sees when it looks at the US today. We will pay dearly for our current national romance with this silliness, and we aren’t done with it yet.

What prevents these organizations from shutting down as well or moving their money to banks in another country that will not honor a judgment against an organization for aiding and abetting Hamas? Absent a bond or a lien on bank accounts, how do you stop this?

And how long before Foggy Bottom files a motion to intervene and dismiss the case on the ground that it interferes with foreign policy?

So, when are Tlaib and Omar going to be indicted and thrown in jail for associating with a terrorist group?

doesn’t matter, especially for leftists, progressives, liberals, dems, muslims,
antifa, blm…….ALEA IACTA EST. They will face a horror of their own creation..
Guaranfknteed,

I suspect that the connection with Hamas will be explored in depth in discovery.