China Appears to Be Selling Electric Batteries Made by Slave Labor

China Appears to Be Selling Electric Batteries Made by Slave Labor

US ban on imports from China’s Xinjiang region takes effect. 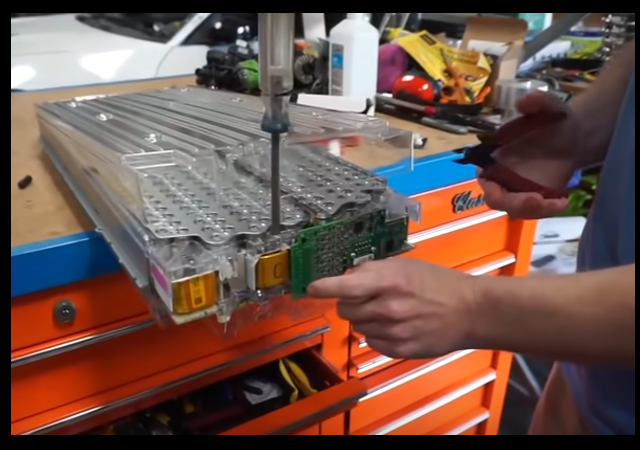 As the Biden administration pushes people to convert to electric vehicles, it may be pressuring the import of car batteries made in China.

Unfortunately for Team Biden, there is evidence suggesting that these batteries are being made by slave labor.

The photograph on the mining conglomerate’s social media account showed 70 ethnic Uyghur workers standing at attention under the flag of the People’s Republic of China. It was March 2020 and the recruits would soon undergo training in management, etiquette and “loving the party and the country,” their new employer, the Xinjiang Nonferrous Metal Industry Group, announced.

But this was no ordinary worker orientation. It was the kind of program that human rights groups and U.S. officials consider a red flag for forced labor in China’s western Xinjiang region, where the Communist authorities have detained or imprisoned more than 1 million Uyghurs, ethnic Kazakhs and members of other largely Muslim minorities.

This information really harshes the narrative put out by environmental activists about how green energy is going to make life better for everyone.

Chinese authorities have repeatedly denied that the country imprisons or enslaves Uyghurs. On Tuesday, Chinese Foreign Ministry spokesperson Wang Wenbin said the claims of forced labor in Xinjiang are a “huge lie made up by anti-China forces to denigrate China.” He said the rights of workers of all ethnic groups in Xinjiang are duly protected.

Xinjiang Nonferrous Metal Industry produces minerals and metals, including lithium, nickel and copper. It has exported metals to the United States, Germany, U.K., Japan and India, the Times reported. It’s unclear whether these relationships are ongoing, however, the New York Times reported.

To combat this disturbing abuse of humanity, a new law, the Uyghur Forced Labor Prevention Act, has just been implemented. It will bar products that were made in Xinjiang or have ties to the work programs there from entering the country.

Under the rules, firms have to prove imports from the region are not produced using forced labour.

US officials have said members of the minority Uyghur community in the region, who are predominantly Muslim, have been detained and made to work.

China has repeatedly rejected accusations that it is holding Uyghurs in internment camps in Xinjiang.

Several imports from the resource-rich region, including cotton and tomatoes, have already been banned from the US.

This move will likely place a strain on the car battery supply chain, which has already experienced disruptions. A car battery shortage to appears not only possible, but probable.

I need to get over to the joulle-ry store to get my watch, but when I get ohm, I will give all of this some thought.

Watts up with that?

I think it loses something in transmission.

I need to unplug from this thread.

I got a charge out of that.

Current events are neither grounded in or in phase with potential differences and resistance to capacitance of electrons. Electrons have consequences.

All labor in a communist country is slave labor.

Uygher Moslems are working in concentration camps making Solar Panels for your roof.

And while we’re at it, let’s give a shout out to all the plucky tots who are forced to mine rare earths for the electronics and battery industries in the Congo, Madagascar, and other third-world shitholes, so that Buttigieg and Stabenow can toodle the highways in their Tom Swift Electric Cars.

He said the rights of workers of all ethnic groups in Xinjiang are duly protected.
Well, they are! Communists have no rights, so their rights are all perfectly protected!

Decades ago, either Jesse Helms or Strom Thurmond, tried to get legislation through where any and all goods made by prison labor was labeled as such. That included US prisons.

I believe it was more for letting people know that the manufacturers were paying dirt cheap wages and no taxes – considered an unfair advantage.

I don’t believe any prison produced product should be allowed in the marketplace.

Production to meet the needs of the prisoners internally is fine. Texas does that. For example, they operate a textile mill to produce their own uniforms, towels, etc.

I was at the Texas Rangers museum in Waco a couple weeks ago. In the gift shop they sold a handful of leather items with a display sign stating they were made by prisoners. Never seen that anywhere else around here.

IIRC, one of the western states was selling denim clothing produce in the prison.

“the legislation never made it to a vote because of who they were”
Can’t figure out if “they” are the prisoners, or the Democrats who turned Republican.
Works either way, though.

“China Appears to Be Selling [insert product here] Made by Slave Labor”
And why shouldn’t we?
After all, California labels everything on earth as dangerous to your health.

Why should be batteries be different from anything else the Chicoms sell?

Not shocked in the slightest, if our Marxists take over and rule with a iron hand they are showing now we will be set to the Gulags