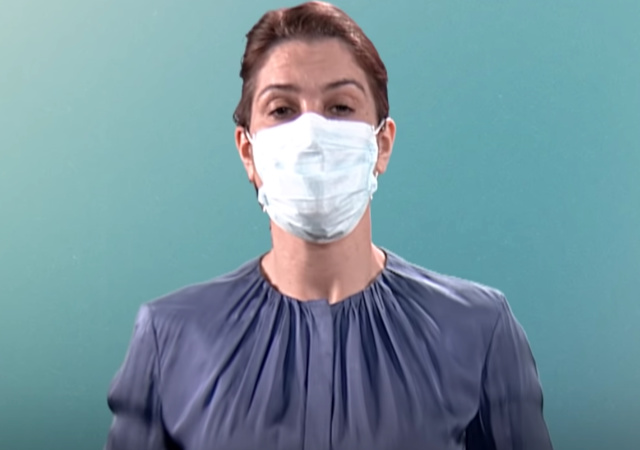 *UPDATE BY MARY* The CDC removed its recommendation for travelers to wear a mask for monkeypox. It is not an airborne disease:

The CDC last week had added mask-wearing as a precautionary measure for people traveling to countries where monkeypox has been detected. The CDC removed that advice from its website late Monday following social-media posts criticizing the agency for what they called mixed messages over the risk posed by the virus.

A CDC spokeswoman said the agency removed the advice because it caused confusion, but didn’t respond immediately to a request for a more detailed explanation.

The agency, which has been criticized by public-health experts for what some called poorly timed or confusing messages on Covid-19 prevention, continues to recommend masks for people at high risk of contracting monkeypox. That includes people who share a living space with others infected with monkeypox and healthcare workers and others who may be in close contact with confirmed cases, according to the spokeswoman.

Monkeypox is thought to spread mainly through contact with the rash caused by the virus. That can happen directly via bodily contact or indirectly, by contact with materials used by people infected with the virus.

Most cases of monkeypox have been detected in men who have sex with men although it is unknown whether the disease spreads via sexual contact, according to the World Health Organization.

As the covid virus continues to spread and mutate, it is clear that the disease is becoming milder. Although nobody in history has ever masked for colds, one Oregon public health official is still bitterly clinging to masks that don’t work.

The COVID-19 subvariant, omicron BA.2, is on the hunt according to Dr. Jennifer Vines, the Multnomah County health officer.

Given the disruptions and discomfort caused by getting sick, the Multnomah County Health Department recently suggested that people consider wearing a mask in public places. However, Vines said, that recommendation is more of a standard public health message about reducing one’s risk of getting sick than a warning that COVID-19 is about to run rampant again.

And if masks don’t work on an airborne virus, they are not apt to be effective for a virus that spreads by direct contact with infected bodily fluids. Yet, the Centers for Disease is now recommending wearing masks during travel for the prevention of monkeypox.

The CDC says travelers should avoid close contact with sick people, including those with skin lesions or genital lesions, and steer clear of dead or live wild animals including rats, squirrels and monkeys.

‘Wearing a mask can help protect you from many diseases, including monkeypox.’

The advice is being met with a healthy amount of skepticism.

Masks are just the cure all now? Monkey pox is not an airborne virus. Masks do nothing.

Them: Can’t hurt! Why not?!
Us: Cuz it won’t do anything.
Them: So what do it anyway! Show you care!

Masks will NOT keep anyone from becoming infected with monkeypox.
This is unbelievable, how long will they push masks for a deterrent to every virus or disease?https://t.co/LwfhD5wFsK

Have all monkeys get 3 vaccines, 5 boosters, wear 2 masks, and socially distance from Fauci, the CDC, and Bill Gates, so we can flatten this curve in 2 weeks. #Monkeypox

The agency also raised the Alert Level to “2”, which states that travelers should “Practice Enhanced Precautions.”

While not on the level of COVID-19, monkeypox has spread across the globe out of Africa since March. Monkeypox symptoms begin as relatively flu-like but soon expand to the swelling of lymph nodes and a rash across the body and face. Ultimately, painful lesions form on rash areas, leaving severe scarring.

“Cases of monkeypox have been reported in Europe, North America, South America, Africa, Asia, and Australia,” the CDC wrote in its alert.

The CDC, its bureaucrats, and most public health officials completely squandered their credibility with the covid response. The agency’s desire to make a disease that has only 31 cases nationally into something it can use to expand its power, prestige, and funding is incredible and laughable.

As a fun game: Guess where the bulk of the US cases can be found!

The Georgia case brings the nationwide total to 31 monkeypox cases across 12 states and the District of Columbia, the U.S. Centers for Disease Control and Prevention confirmed late Monday.

Perhaps the CDC should consider dialing back the hysteria generator on this disease. If it doesn’t, I suspect the motive will be tied to the sickly election results the Democrats are expecting this November.

The CDC doesn’t realize they have already become a laughingstock over the Covid fiasco. They seem to determined to drive more nails into their own coffin.

The CDC doesn’t care what we think any more than the wolf cares for the opinion of the sheep.

It puts the mask on it’s face or it gets the hose.

‘Wearing a mask can help protect you from many diseases, including monkeypox.’
If they want people to start taking them seriously again, they’ll recommend buttplugs.

Breaking – The CDC has stealth edited the mask recommendation into oblivion. It’s no longer there.

They’ll work with the Secretary of Transportation on that…

They are advising us to wear masks. Take it or leave it. “Noted but no thank you. I’m a rational grown up.”

Its all about controlling the sheeple.

CDC continuing the conditioning of the masses to obey Big Brother.

I’m at the oncologist this morning. I told the lab lady about this and she could not stop laughing.

This recommendation from CDC is farcical. The bureaucracy must be trimmed back and in some cases eliminated.

It has become so ridiculous that you can’t even tell parody and satire from real government announcements anymore.

A pox on ALL of their houses.

The CDC says travelers should avoid close contact with sick people, including those with skin lesions or genital lesions, and steer clear of dead or live wild animals including rats, squirrels and monkeys.

Man, that really screws up my weekend plans!

How would you know if someone had genital lesions?
Never mind.

Genital lesions? What does Bill Clinton have to do with this?

I dunno, but Hillary says she’s not worried. She hasn’t had sex with Bill since their honey moon.

Kinda lends a whole new meaning to “I’ll show you mine, if you show me yours”.

“How would you know if someone had genital lesions?”
The CDC is making them ring bells.

Good thing you were warned in the nick of time! That’s why we need the CDC!

This is going to bankrupt the San Francisco Necrozoo.

Here’s my advice for monkeypox: If you aren’t traveling to Africa or sticking your Johnson in men’s sphincters you ain’t got nothing to worry about with monkeypox.

And you don’t ever need to wear a mask to stop a virus. Especially for a virus that requires skin contact.

Or if you live with or know someone with monkeypox, stay away or get a Hazmat suit.

Or just catch it and get it over with. It’s not f*g Ebola, for heaven’s sake.

True, but, f*g is involved, I am led to understand…

My juvenile self posted “actually, at least two f*gs are involved” but I myself would not stoop to such depths.

Monkeypox, as AIDS before it, is primarily transmitted through digestive, not sexual, intercourse. Avoid back… black holes… whores h/t NAACP.

Recently I saw a graph that compared covid rates by time period for 39 states with mask requirements vs. 11 without. The rates for each group were virtually identical. My conclusion is that masks don’t matter for covid. People who continue to wear them are either virtue signaling or fooling themselves into thinking it makes them safer.

Or victims of an exercise of media-abetted government terrorism.

There are some co-variates you need to consider in that too.

-Population age, BMI, and other anthropometrics

Granted the state data at the aggregate level do not take into account specific characteristics which might skew the results. Nonetheless you would have to make a strong argument that the 39 states have characteristics that make them different from the other 11. One characteristic I could think that might make mortality rates different is if one or the other groups had a higher proportion of residents over 60. But, even aside from the state data, there have been multiple controlled tests that show no benefit for covid from wearing masks. I will concede that an N95 mask make a difference, but most people can’t stand that mask because of the difficulty of breathing with it on.

You obviously don’t understand how the mask sells! Does “Like hotcakes” ring a bell?

Hotcakes, wasn’t that Barney Frank’s live-in boyfriend who was running a gay brothel out of Barney’s one bedroom D.C. apartment? Barney was so engrossed in going about the people’s business it escaped his notice.

More than any other individual, that shit-heel was personally responsible for the 2007 housing crisis.

So of course, in true Kafkaesque fashion, they named the subsequent legislation after him.

If I recall correctly it wasn’t a brothel, it was a call-boy service, so neither boys nor clients were coming in and out of the apartment. The boyfriend was simply on the phone a lot, and that could easily escape someone’s notice, especially someone who works long hours.

There are some things even self-respecting Monkeys (non-human) won’t do.