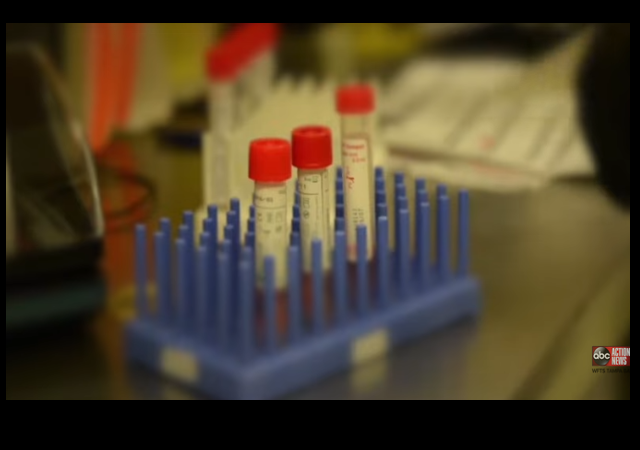 Gay and bisexual communities have been dealing with monkeypox outbreaks during “Pride Month.”

In addition to this virus, the US Centers for Disease Control and Prevention (CDC) is investigating “one of the worst outbreaks of meningococcal disease among gay and bisexual men in U.S. history.”

The CDC said Thursday there have been 26 cases and seven deaths from meningococcal disease in Florida during the investigation period. Among those, 24 cases and six deaths were in men who have sex with men.

The CDC says the outbreak is “primarily among gay, bisexual, and other men who have sex with men, including those living with HIV. Recent data show that about half of the cases associated with this outbreak are among Hispanic men. This outbreak is mostly affecting people who live in Florida but has also affected some people who have traveled to Florida.”

Meningococcal disease is caused by a specific type of bacteria (Neisseria meningitides). These illnesses are often severe and can be fatal. The bacteria inflames the lining of the brain and spinal cord (i.e., meningitis).

The concern with meningitis is that, while treatable, the infection can progress rapidly to sepsis (the release of chemicals into the bloodstream to fight a disease that triggers severe inflammation throughout the body). The result can mean death (in 10 to 15% of cases) and long-term disabilities in 1 in 5 survivors (e.g., deafness, loss of limbs, neurological problems).

Two subspecies of meningitis-causing bacteria have been identified in Florida.

Serogroup C is the strain currently affecting large numbers of gay, bisexual and other men who have sex with men. There is also an outbreak in Leon County of serogroup B meningococcal disease among college students.

The bacteria is spread through prolonged close contact involving sharing respiratory or throat secretions, such as saliva or spit. Although it is not classified as a sexually transmitted disease because it is not transferred via sexual bodily fluids such as semen, it can be spread through sex or kissing.

Some vaccines are available, and the CDC promotes their use to control the spread.

“Getting vaccinated against meningococcal disease is the best way to prevent this serious illness, which can quickly become deadly,” said Dr. José R. Romero, director of the National Center for Immunization and Respiratory Diseases.

“Because of the outbreak in Florida, and the number of Pride events being held across the state in coming weeks, it’s important that gay and bisexual men who live in Florida get vaccinated, and those traveling to Florida talk to their healthcare provider about getting a MenACWY vaccine.”

It will be interesting to see how seriously the affected communities heed health officials, whose credibility is severely diminished due to the ineffective and damaging coronavirus policies they pushed.

Meningitis is a dreadful disease. Prayers that this outbreak can be ended swiftly.

They say the best way to avoid kissing diseases is not to kiss. Then you can kiss the disease good bye.

Still haven’t heard any stat about how many of these cases and monkeypox cases happened among people who received the covid vaccination. Before now, these diseases were rare.

Before the alleged vaccine, we didn’t have young athletes dropping dead at a young age, either.

Narrowing things down, how many of these deaths are traceable to a particular vaccine? I don’t want to mention Pfizer’s name…

Reality check – Gay men are the modern equivalent of the canary in the coal mine. Sudden outbreaks of unusual diseases suggests this is more than just promiscuity. Perhaps there is a breakdown in auto-immune systems.

This is ONE gay man who avoids the pride parade promiscuity, the parties, the hell-raising, and the goings-on in some gay bars that – as open minded as I am – is appalling.

I get not being ashamed of who you are. I do NOT get flaunting private things in front of everyone. Pride parade promiscuity is just gross. I would feel the same about a straight event – oh wait, I do. I avoid any mardi gras promiscuity also.

I suppose they could be trans men. 🧐

Meningococcal meningitis vaccination was required to enter college when I lived in Florida. I wonder if this strain is able to evade immunization responses.

Not that we know of. There are two vaccines, one for B and one for everything else. If you’ve had both vaccines you’re probably protected.

(NOTE: the vaccines are from the era when we actually had to prove they worked and that getting vaccinated was less risky than the disease itself. You know, back when we had a scientific method that worked. This is also why we don’t vaccinate for Group B until college, because that’s the peak incidence of that particular strain. Interesting how we tried to narrow it down to avoid adverse effects without benefit. Kinda old-school.)

I used to believe in that “era” you describe when science was honest and the relationship between the pharmaceutical industry, government, and universities where scientific research was done was all above board and everything was done for the public benefit. After all, didn’t the measles, polio, and smallpox vaccines put an end to these diseases in western society?

The truth is quite a bit different. Science has been for sale for a very long time and the murky history surrounding that era is buried under mistaken beliefs and distorted study results. The works of journalist Janine Roberts who dug into that history and discovered what went on behind the scenes are a real eye opener. You can find her books Fear of the Invisible and The Vaccine Papers on Amazon.

Funny how now “getting vaccinated against illness X” is quickly becoming the standard, primary medical advice dispensed by these pill and shot pushers. Scarcely a word about prevention, strengthening one’s immune system – eating right, getting enough sleep and exercise, getting adequate doses of vitamins – and quitting doing stupid stuff that sets one up for catching these illnesses in the first place.

“Let food be thy medicine and medicine be thy food” – Hippocrates

And ending the nigh-OCD germophobia with “antibacterial” everything. It’s the 0.01% they DON”T kill that you need to worry about, because you just killed off all their competition.

I am fascinated in a watching-a-train-wreck sort of way, when I see mothers chasing after their kids with moist towelettes, Purell, and bottled water when they are playing.

My generation was one of shared soft drinks, drinking from hoses, scraped knees treated with a shot of Bactene or mercurochrome, and going back outside to play and not by being dragged to the emergency room.

“My generation was one of shared soft drinks, drinking from hoses, scraped knees treated with a shot of Bactene or mercurochrome, ”

You forgot to list Merthiolate and Iodex as cuts and scrapes meds. I still drink from the garden on occasion.

Merthiolate: gads did that stuff sting!

I used to pretend that Mercurochrome was Indian war paint.

Still use that for poison ivy.

Digestive intercourse is a primary transmission path for diverse blood-borne and fecal-laden pathogens.

DeSantis needs to kick these quacks out of his state, and have his own health department take charge. Enough of this federal “this is our case now” bullshit.

Any theories as to why this infects primarily gay men? Seems odd.

Meningococcal disease has long been an illness that while relatively rare, commonly comes as an outbreak among people “crowded together” such as college students and military inductees, and can take a healthy young person and make them fatally ill within hours. That is why vaccines were developed, because it is a preventable cause of death in previously healthy young people.
As far as an outbreak in the gay community, even without issues of immune suppression or post-Covid vaccine or any other factor, it qualifies as a concentrated group of people that could easily share such a pathogen.
I have no idea how many hundreds, thousands, or tens of thousands gay events regularly occur. For one to be at the center of a meningococcal outbreak seems not hard to believe, regardless of monkey pox and everything else. Maybe they are related, maybe not.

So it’s a social distancing issue. Too much kissing and hugging in large crowds.

In a dormitory or barracks setting it is as simple as everyone using the same doorknobs and faucet handles with less than pristine hand washing.

Wear a mask and social distance

“primarily among gay, bisexual, and other men who have sex with men…”
If your not gay or bisexual who are these “other men”? Women pretending to be men? Curious one night fling on vacation?
Wife just read a story that the outbreak is from invasive Giant African Snails and it happened that way several years ago.