Can Ron DeSantis Save Higher Education in America?

Can Ron DeSantis Save Higher Education in America?

“America’s system of higher education is so dominated by a politicized intellectual monopoly that merely adopting a plan of reform is far from the greatest task we face.” 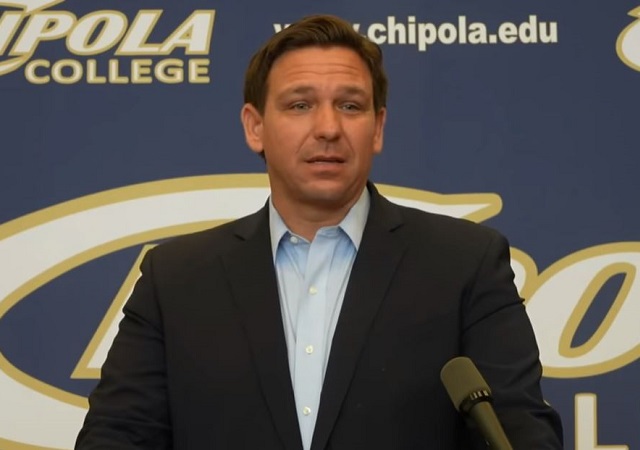 Stanley Kurtz seems to think so.

He writes at National Review:

Ron DeSantis Can Save America’s Universities

Jason Garcia at the Seeking Rents Substack recently published a piece entitled “Ron DeSantis plotted an all-out assault on public universities.” Garcia’s piece is based on public-records requests for communications between DeSantis’s office and the Florida state legislature. In particular, Garcia’s report refers to lengthy and heretofore unpublished draft legislation, composed, he says, at the request of the governor’s office and designed to reform Florida’s public university system. The bulk of this draft legislation was not introduced during the now-completed 2022 Florida legislative session, and DeSantis’s office declined to comment when Garcia asked whether the governor has plans to introduce it in the future.

Whereas Garcia sees DeSantis’s not-yet-introduced legislation as a plot against university autonomy, I see it as a basis for the restoration of authentic liberal education to America’s over-specialized and heavily politicized public universities. With a few tweaks that I’ll suggest here, DeSantis’s plan could become what we’ve never before had: a blueprint for restoring liberal education.

Linger a moment over that last point. America’s system of higher education is so dominated by a politicized intellectual monopoly that merely adopting a plan of reform is far from the greatest task we face. The real challenge is coming up with a proposal that has a ghost of a chance of changing universities at all, even if certain to be adopted. The campus monoculture is extraordinarily tough to reform because tenure and academic freedom — protections designed to nurture a thriving marketplace of ideas — have had the opposite effect in practice.

Kurtz’ solution boils down to “give government money to people I like instead of people I don’t like”.

The true fix for higher education is to eliminate all government support for it. No funding directly to universities, no subsidies, no government backed loans. Tell the universities they’re on their own. People who want what universities offer can pay what they think its worth.

I used to ask what the hell the students are doing running the universities. My stand was hey, you are a student, so you are a customer. Don’t like it, don’t buy it – LEAVE and let the staff and faculty do their jobs.

These days, and for some time now, I think both sides, purveyors and customers, are about equally nuts and deserve each other. Top side is so far left they are loony, and the bottom, if given $1000 for no reason at all would complain they deserve more.