How does that differ from the SCOTUS ruling? Well, CA could be violating the First Amendment as well as the Second. 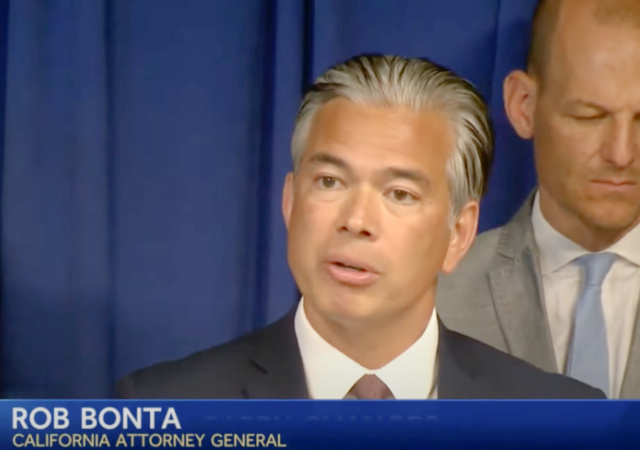 Bonta told California law enforcement that they cannot deny a concealed carry license based on “good cause.”

However, Bonta said authorities must “continue to apply and enforce all other aspects of California law with respect to public-carry licenses and the carrying of firearms in public.”

Moreover, because the Court’s decision in Bruen does not affect the other statutory requirements governing public-carry licenses, issuing authorities must still require proof that (1) “the applicant is of good moral character,” (2) the applicant is a resident of the relevant county or city (or has their principal place of business or employment in that county or city), and (3) the applicant has completed a course of training. Id. §§ 26150(a), 26155(a). Issuing authorities may also still require psychological testing. Id. § 26190(f).

How disturbing (emphasis mine):

It is reasonable to consider such factors in evaluating an applicant’s proof of the requisite moral character to safely carry firearms in public. See, e.g., Bruen, slip op. p. 63 (referencing “law-abiding citizens”). Other jurisdictions list the personal characteristics one reasonably expects of candidates for a public-carry license who do not pose a danger to themselves or others. The Riverside County Sheriff’s Department’s policy, for example, currently provides as follows: “Legal judgments of good moral character can include consideration of honesty, trustworthiness, diligence, reliability, respect for the law, integrity, candor, discretion, observance of fiduciary duty, respect for the rights of others, absence of hatred and racism, fiscal stability, profession-specific criteria such as pledging to honor the constitution and uphold the law, and the absence of criminal conviction.”3

As a starting point for purposes of investigating an applicant’s moral character, many issuing authorities require personal references and/or reference letters. Investigators may personally interview applicants and use the opportunity to gain further insight into the applicant’s character. And they may search publicly-available information, including social media accounts, in assessing the applicant’s character. Finally, we note that it remains reasonable—and constitutional—to ask applicants why they are interested in carrying their firearms in public. Although applicants do not need to demonstrate good cause for the issuance of a license, an applicant’s reasons for seeking a license may alert authorities to a need for psychological testing, be considered as part of the “good moral character” requirement, or provide information relevant to other statutory requirements.

It looks like California added the “good moral character” requirement in 2010. Penal Code 26155 under Chapter 4. If I read that wrong let me know.

The “fiscal stability” one blows my mind. You cannot exercise your natural right to bear arms because you’re not financially stable?

You all know how I feel. The Constitution is absolute. You should not lose any of your natural rights no matter what you’ve said or done.

How do you determine if something is sarcastic or real? Have you seen the tweets I send my “brother” Bruce aka GayPatriot? You should see our texts!

How about my tweets about me being anti-government? Thank goodness I live in Oklahoma.

So New York violates your 2nd and 14th Amendments and California will add the 1st! Gotta love blue states!

Semi off topic: does Gay Patriot still have a website?

Is “of good moral character” defined somewhere or does each county sheriff get to define it for themselves? Also, how many licensing authorities are going to require psychological testing, and anything else they can get away with, just to raise the cost as a deterrent? The they get to choose their pet shrinks to do the testing. And they can require a 24-hour community college course, §26165(c).

Basically its defined at the state level for terms of licensure ( usually professional licensure like my stamp).

For discussion purposes, here is where Ca. and states trying to use this as a work around are going to hit the proverbial brick wall.

The decision on the tests ( per the ruling ) must be made with original intent when the 2a was written (in a 1790’s mindset).

No such requirements existed then.

So, expect them to stand on it to keep from issuing permits (knowing full well they are in the wrong but will milk it as long as they can) until it is challenged and overruled.

Yes indeed. I would expect this wholly unconstitutional scenario to be rejected via an injunction in fairly short order. That’s if the CT is nice and a trial CT sets a trial date v simply rejecting it out of hand after briefings and motions.

Mary quoted the relevant “legal” definition right there in a big blockquote.

No, that’s Riverside County’s guidance. I looked in the California Penal Code (which is a hip-deep morass anyway) and did not find a definition of “good moral character.” If it’s there, someone please point to it.

Having been told in the past by Riverside that I didn’t qualify…. it doesn’t matter what they say or what is printed … it is what they do.

If one must be “of good moral character” to possess a CCP, 90% of the Hollyweird clowns who now have one, i.e. De Niro, must give them up. He threatened to attack a sitting POTUS. Also, most politicians, some Republicans but mostly Dems, fail that test, Bonta included. I would wager a goodly portion of the sheriff’s in Cali are crooked, thereby failing the moral standard. What part of “shall not infringe” don’t these clowns understand?

well, why not ?–“good moral character” is so obviously a qualification to hold/run for public office in ca–but not nearly as dangerous as allowing a law-abiding citizen to carry a firearm

“The “fiscal stability” one blows my mind. You cannot exercise your natural right to bear arms because you’re not financially stable?”

“But that’s the only way I stay financially stable!”

Seems that this “moral character” clause will be making a guest appearance at the Supreme Court in short order.

Time to unload section 1983 on these officials who gleefully infringe on our civil rights. The era of delaying our rights, with no cost except that of a protracted court battle, must come to an end.

Or perhaps a new pre clearance regime imposed for jurisdictions who habitually seek to subvert the Constitution and deny Constitutional rights to their Citizens.

This should prove interesting

I think you have this backwards–“In other words, California will not become a “may issue” state.” It will remain a “shall issue” state.”

What I was going to point out, as well.

I think this sentence has things reversed:

California has always been a ‘may issue’ state. They are not required to give you a permit – they may (as in maybe) give you one, but you don’t have any right to one. In a ‘shall issue’ state, you have a right to one and they shall (as in must) give it to you, unless you are disqualified from one under the law (due to certain past convictions, for example.) Under this guidance from the AG they are pretending to be changing to a ‘shall issue’ process, but are actually remaining a ‘may issue’ state in practice.

When are people going to wake up and realize that these people are socialists made in the same mold as Hugo Chavez? They care zero about the people and everything about power and being in charge.

Technically this “Good Moral Character” will most likely not survive the tests outlined but it will have to be challenged regardless.

Did this Bonta guy even go to law school?

Yes he did and honestly he made lemonade out of a lemon as lawyers often do.

I do not obviously agree with or support his admonishment and state he is in fact wrong and he knows it. He is and he does.

Honestly, that’s what lawyers are trained and paid to do.

True. As Newsome stated, California is a “nation state”. Not just a state. So they think like that….having legal ” treaties” with the USA. They have THEIR constitution and hope that The Wise Latina can someday force the mistakes of the US Constitution corrected. This is the new and widely improved Jim Crow v2.0.

DC tried these tactics after Heller. They were fined. It’s a matter of time before leftists comprehend orders

It won’t matter much unless it’s the officials fined personally, and not the texpayers.

I read that “Denied, denied, denied!” with a voice rising tremendously in pitch. But you forgot the maniacal cackle after,

The vile Dumb-o-crats will continue to practice their despicable brand of vindictive and obnoxious totalitarianism, and, with a newly-minted, conservative-majority U.S. Supreme Court, they will continue to lose, when the litigation dust settles.

“…and the absence of criminal conviction.”

THAT is absolutely racist. Blacks have a significantly higher rate of criminal conviction than whites or Asians and therefore they are not going to equitably receive CCWs. That is prima-facia racist.

I’m also OK with loss of immunity from lawsuits for public officials who refuse to obey Supreme Court decisions.

I’m OK with loss of immunity for public officials period.

And for those who say without immunity we wouldn’t be able get people into “public service” I’m not seeing a problem with that.

This is just another example of how the fissures between the multiple hostile nations within the US borders can no longer be papered over. Yeah, for now maybe courts will strike down idiocy like this, but what happens either a) if they don’t or b) if say the state of the Peoples’ Republic of Alta California tells the courts to bugger off? Can you see a leftist regime in DC doing anything to them?

There are a number of her rural counties in the north and northeast California that that are “shall issue” counties, And getting a CCW is not that difficult. It’s the county sheriff that calls the shots apparently.

“respect for the rights of others”

Does that include 1st and 2nd Amendment rights?