For $80,000 per year, Bryn Mawr students will learn DEI catechism and fight privilege. 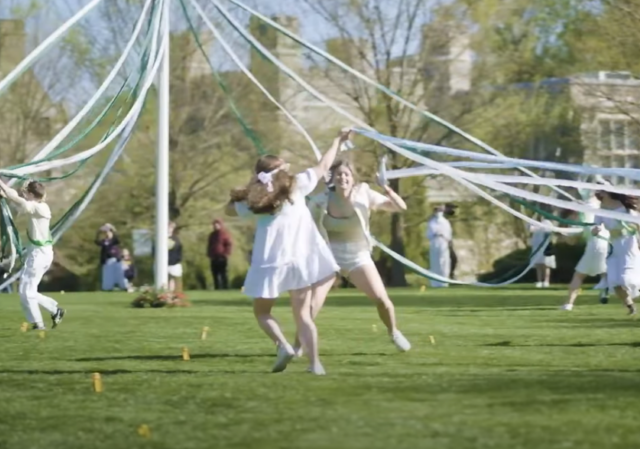 In May, faculty at my alma mater, Bryn Mawr College, approved a new “Power, Inequity, and Justice” requirement. It will be implemented at the beginning of the 2023-24 academic year.

Under this new addition to existing distributional study requirements, students will be required to take a single course focusing on issues of power, inequity, and justice. The curriculum committee, which proposed the new requirement, explained it this way:

Our curriculum needs to foreground more explicitly a basic ethical component of a 21st-century education: an understanding of the ways that power dynamics and hierarchies shape the production of knowledge and access to opportunity, as well as engagement with histories and futures of social transformation and justice.

The committee also pretended that the requirement does not prescribe ideological conformity, claiming the “new requirement should emerge organically from faculty interests and expertise, and not be used to prescribe particular content, methods, or perspectives….” Translated into English, the curriculum committee denied that the school is imposing a required catechism of Diversity, Equity, and Inclusion (DEI) or Critical Race Theory (CRT) on its students.

The requirement was proposed by the curriculum committee after a year-long review, and appears to be in fulfillment of demands posed by student strikers at the school during the semester after the George Floyd riots, to which the college administration acceded.

Beginning in late October 2020, a group calling itself the Bryn Mawr Strike Collective went on “strike” against “racism”, “white privilege,” etc. They managed to shut down many classes and other campus activities by hounding non-cooperators with charges of “racism”. During a short-lived burst of courage, college president Kimberly Cassidy described the atmosphere this way:

students are afraid to eat in the dining halls for fear of humiliation or for being seen as racist. The acts of intimidation that I am witnessing and that many students and faculty have described violate the [school’s] core principles. Students have a right to their education and should not have to endure shaming to attend class. Faculty have a contractual obligation to offer their classes and to provide students the curriculum that was promised. It is unacceptable for faculty to be targeted for public ridicule for doing so.

Cassidy later issued a craven apology for having had the temerity to protest harassment and intimidation by strikers: “I apologize for not recognizing that my words suggested that this is a problem on campus that originates with strike supporters. It was wrong to convey this message and perpetuate a harmful stereotype.”

Writing under a pseudonym, the mother of a Bryn Mawr student interpreted the school’s thank-you-ma’am-may-I-have-another response this way:

This is a feminist women’s college, where one might think that administrators would be educated about the need to reject coercion, intimidation, and brute force as negotiating tactics. Yet here they were, apologizing to their tormentors. Having been married to an abusive husband, I’m sadly familiar with the temptation to justify one’s own abuse by insisting that the problem “must be me.” I never thought I’d see that same attitude exhibited by the women charged with educating my daughter.

On November 16, 2020, the president issued a document called “Commitments to Diversity, Equity, Inclusion and Anti-Racism” laying out timelines, budgets, and responsible work groups for each item. Item 2 committed that the school’s

Curriculum Committee will review adding a new distribution requirement that includes diversity, equity and inclusion education and/or courses that address structural and institutional hierarchies and their impact.

The timeline projected that the review would last through Fall 2021 and be ready to launch in the Fall of 2022, so it seems to be a year or so behind schedule.

And, No, no, no, the school’s new requirement won’t impose DEI ideology, certainly not!

Bryn Mawr went woke earlier than some others. During the fall of 2016, Bryn Mawr’s inclusive community hounded a freshman Trump supporter from the campus. 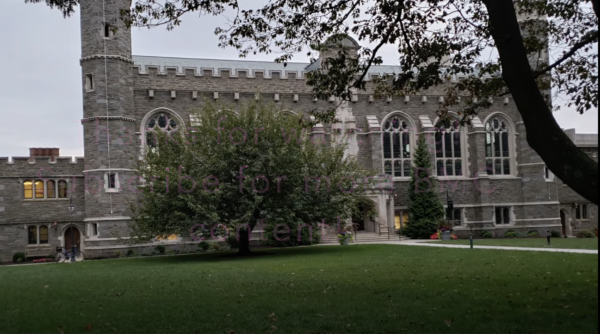 In 2018, the school removed the name of the woman who essentially made it what it is (she had to hijack it from the original board who wanted to make it into a sort of “Quaker lady” finishing school) from the school’s central meeting place, its Great Hall (and formerly its library). The woman, M. Carey Thomas, was very forward thinking about women’s rights including rights to education and suffrage, but hostile to the presence of blacks and Jews on campus. In this, Bryn Mawr got the jump on schools like Princeton, which removed Woodrow Wilson’s name from its Woodrow Wilson School of Public and International Affairs and Wilson College only after the George Floyd protests began.

In 2020, Bryn Mawr hired Chanelle Wilson as Assistant Professor of Education and Director of Africana Studies. Wilson authored a book on teaching critical race theory and anti-race practices at universities. During a 2021 podcast (entitled “Refuse Fascism”), Wilson asserted that America is a failed experiment that has done nothing for any group other than white people. The country “didn’t work for black people… So who is this country for? This country is only for white people.”

Bryn Mawr College isn’t just a small, prestigious liberal arts institution located on Philadelphia’s fashionable Main Line. It’s also woke. For $58,000 tuition, $18,050 room and board, plus incidental fees and expenses, a student there can feel she is fighting privilege too.

Questions and statements like that will get you a failing grade!

“Wilson asserted that America is a failed experiment that has done nothing for any group other than white people. The country “didn’t work for black people… So who is this country for? This country is only for white people.”

I give up. You’ve convinced me with your superior logic.

Here’s your ticket to the Congo, where they are eager to hire professional CRT experts.

They’ve got a whole buttload of lithium and cobalt that isn’t going to dig itself.

For the same reason blacks call whites who leave for the suburbs racist, and then if they can follow those very same allegedly racist whites to the suburbs themselves. Atlanta is going so far as to try and set up a regional taxing authority to tax the suburbs and funnel that money back to Atlanta. Whites are racist, but white money isn’t.

If they were truly committed to diversity, equity and inclusion they should consider a mandatory one year exchange program with an HBCU. I believe these scions of elite privilege would greatly benefit from a year at Gambling. The presence of an entire cohort of students from Gambling at Bryn Mawr would provide a refreshing change from mere theoretical discussions of privilege to a hands on experience.

Is Hillsdale the only sane college remaining???

Seems to be so.

Does it still exist? I thought it was going or went under.

It seems to have very loyal alumni who love it. And it’s a great name!

My granddaughter will be entering there in the Fall. It has a nice on-line video available. Hopefully, its financial condition has stabilized.

Power is a confusion of a lot of words. Make the guy say which he means, otherwise it’s just a reification error (the noun exists so the thing must exist, like phlogiston, the cause of fire).

Classically the words are auctoritas, officium, imperium and potestas. Specify.

Is May Pole Prancing a required course?

I believe in simple answers. It’s an excuse to be silly.

What is that in the pic anyway? What is the significance of dressing all in white?

To honor the original maypole dance ritual they’re… pretending… to be virgins.

If they are serious there should be a demand that R. Kelley be pardoned and made president of the college.

I wonder if a decent Math course is still a distribution requirement, now that it is a racist subject?

There’s probably a version where you meet the requirement by retreading Algebra 1.

If I were a company recruiter with any intelligence and common sense, I’d put all applications from Bryn Mawr grads in the “Do Not Hire” pile.

Might miss some good people that way. I’d put on my wokest act and encourage them to show their activism. Only people who fumble in embarrassment or tell me to go to hell get to the next round.

ISN’T that special I though being special forbidden, like in we Americans believe our constitution makes us special…..No? Then it’s only ok to be special from a leftist point of view…..Hm……phuque em’