“If we’re going to talk about George Floyd and really understand it, then we need to understand community reactions to it” 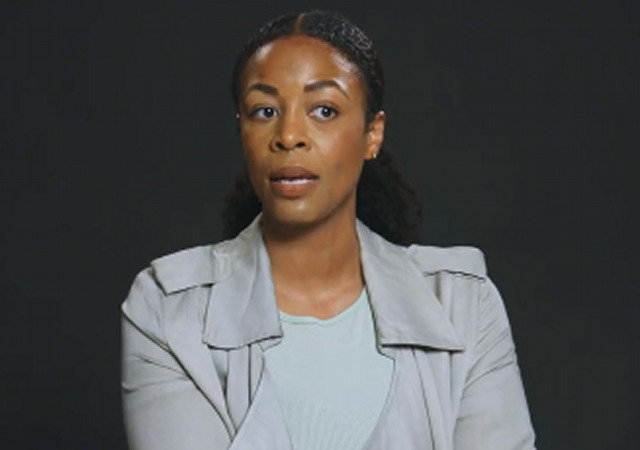 This view, she explains, is a justification for destroying property in a riot situation. Insane.

A Boston University professor recently said the concept of property is “racist” … because blacks “historically have been property.”

Sociology and African American studies Professor Saida Grundy made the claim in a university Twitter thread regarding the second anniversary of George Floyd’s killing, WWMT reports.

“If we’re going to talk about George Floyd and really understand it, then we need to understand community reactions to it,” Grundy said. “And we often hear politicians, we hear civic leaders from inside Black communities and from outside of them as well… we hear President Biden say, ‘Y’know I understand your frustration, but don’t destroy property.’

“Well, when you say that to Black people, who historically have been property, one of our greatest weapons was the looting of ourselves as property from the system of slavery. And what we see in communities is they are reacting to the very racism of what we call property.”

“I think it's very important for people who see reactions in communities not to judge or make assumptions about what is good and not good reactions. And not actually re-victimize communities by saying there's an acceptable and not acceptable way to react.”— @BU_CAS's Saida Grundy pic.twitter.com/FK85qVF3Xf

Then, I hope someone steals his Prius.

“Party” at her house!

But if THEY have property, it’s no longer racist – for them.

Especially if you are a leader of BLM…..

Is Oprah ready to give up her Brobdingnagian wealth? Rappers? NFL/NBA players? Black movie stars?

Please remember what we have learned about the property held by the BLM co-founder: https://nypost.com/2021/04/10/inside-blm-co-founder-patrisse-khan-cullors-real-estate-buying-binge/

Can you think of two more lame “studies?” It is like rap “music,” created to give people that can’t sing, but can make up third grade rhymes a job. I was forced to take sociology as a core course. It was a complete joke.

My alma mater has flushed itself down the toilet, but it won’t take anymore of my money.

unfortunately was inundated with various “looks” at floyd’s death via the sympathetic/complicit media–at the risk of shocking grundy and her death-grip on reality, floyd overdosed

Reportedly overdosed on his own inventory, having swallowed it to avoid being in possession if searched. If true, poetic justice.

Depends on where you live.

This is what comes of treating derivative areas of interest as if they were proper academic disciplines: a professor who has been marinated in the cultivation of grievance for eight or nine years.

Don’t know about you, but I’m enjoying the mental image of a world with 8 billion people all using stuff that’s just lying around. Would anybody do the dishes?