Meanwhile, NATO member countries are pressing to expedite entry into the organization by both Finland and Sweden. 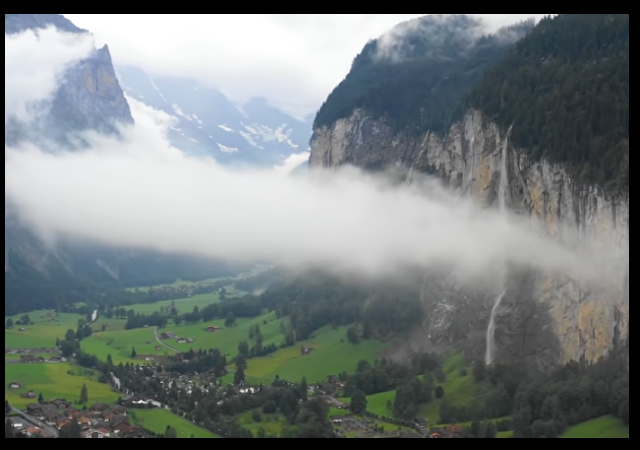 When Russia began its campaign in Ukraine, I do not suspect that its leaders fully calculated the impact of its action on other European nations.

If Putin and his cronies bet that other leaders would cower in fear, they are in for a disappointment. The miscalculation is so bad that even historically “neutral” Switzerland wonders whether to strengthen ties with the North Atlantic Treaty Organization (NATO).

The defence ministry is drawing up a report on security options that include joint military exercises with NATO countries and “backfilling” munitions, Paelvi Pulli, head of security policy at the Swiss defence ministry told Reuters.

The details of the policy options under discussion in the government have not been previously reported.

“Ultimately, there could be changes in the way neutrality is interpreted,” Pulli said in an interview last week. On a trip to Washington this week, Defence Minister Viola Amherd said Switzerland should work more closely with the U.S.-led military alliance, but not join it, Swiss media reported.

Neutrality, which kept Switzerland out of both world wars during the 20th century, was not an objective in itself, but was intended to increase Swiss security, Pulli said.

The Swiss continue their precarious balancing act, and there appears to be much discussion as to what exactly is “neutral.”

But its government has been at pains in recent weeks to explain its concept of neutrality after lining up behind EU sanctions against Russia — and Swiss neutrality is analyzed almost daily in local media these days.

There’s little chance that Switzerland will stray further from its neutrality: Its government has already asked Germany not to pass along Swiss military equipment to Ukraine.

The populist, right-wing party that holds the largest bloc of seats in parliament has been hesitant about further measures against Russia, and the Swiss are fiercely protective of their role as mediator for rival states and as a hub of humanitarian action and human rights.

Andersson was responding to a question from CNBC’s Steve Sedgwick during a press conference on Sunday in Stockholm.

“What kind of retaliation there can be? That’s up to Russia and President [Vladimir] Putin,” Andersson told Sedgwick.

“There could be the possibility of cyberattacks, hybrid attacks and other measures, but it’s all up to them,” she said.

Andersson added that the decision to join NATO is what is best for her country’s security.

“It’s not something against Russia, but it is what we think is best for us,” she said.

NATO member countries are pressing to expedite Finland and Sweden’s entry into the organization.

Norway, Denmark and Iceland strongly support Finland and Sweden joining nato and will support the two countries “by all means necessary” if they come under attack, Norwegian Prime Minister Jonas Gahr Støre said in a statement.

Denmark will assist Finland and Sweden if they will be victims of aggression on their territory before obtaining NATO membership, by all means, immediately initiating preparations in order to solidify these security assurances, Danish Prime Minister Mette Frederiksen added.

Canadian Foreign Minister Melanie Joly said Canada was in favor of a “quick” accession to the NATO military alliance for Sweden and Finland.

Other NATO members will hold the US’s coat while we do all the heavy lifting. Switzerland will provide the numbered bank accounts for “our” “representatives”.

Germany will lift with their little finger.

Official “neutrality” and actual neutrality are two different things – witness Switzerland’s status as a financial haven for untold criminal mischief. During WWII, Sweden was also “neutral” while they enabled German troop transfer with their railways.

Add to that their financing of the 3rd reich… Among other Nazi oriented help.

I like the Swiss and Switzerland. I proposed to my wife there on the shore of Lake Zurich. But neutrality is an “official” position, as you quite accurately point out.

The Swiss would be foolish to abandon their successful policy of neutrality. It allows them to ‘punch above their weight’ internationally as a respectable third party to conduct investigations, as a mediator and as an independent voice on the world stage. Abandon that and they become one among many.

Why should we be on the hook to defend these opportunistic, mercantile drones? What have they contributed to civilization excepting the cuckoo clock (actually Bavarian) and bank secrecy that aided the Nazis and every tinpot dictator and tax cheat throughout the world?

Well, there’s Swiss chocolate. But even Nestle’s has hopped on the woke bandwagon.

A little hot chocolate every night will improve your health. Speaking of health, how are you doing today?

Hot take. It is a mistake for Sweden, Finland, and Switzerland to join NATO. They will be sold out by German, France, Italy, Turkey, and Spain. Just look at how they treat Poland and Hungary. They should have formed an Eastern European alliance. Western European countries know they have a buffer between Russia and them, and are more willing to appease Russia. Look at how Germany and France et al. have handled the Ukraine situation.

I’ve read elsewhere that Erdogan is at least contemplating blocking the addition of Finland and Sweden to the alliance.

He has an ax to grind with them for their support of PKK as well as a grievance for the EU blocking Turkey from membership. The Turks will eventually allow it to happen once they get whatever log rolling goodies they can. Just normal pay to play politics.

Switzerland’s original “neutrality”, such that it was, was made possible only because of the difficulty in accessing the country. They no longer have that shield, missiles and airplanes do not care about the topography on the ground.

Is a Swiss Spring imminent?

Great … let’s have more European Freeloaders. What could go wrong?

Sorry, but both S and F have more to offer, defense wise, than most European countries — from the start. Trump was right in confronting Nato about paying their fair share.

What happened, some Russian mega-billionaires pulled their accounts out of Switzerland? I can’t think of anything else which would inspire the Swiss to take any interest.

Switzerland should not be in NATO, though the Finns and Swedes should. Switzerland has survived and prospered only because of its banking secrecy and integrity, and neutrality.

Unfortunately, it has eliminated banking secrecy in fact, if not officially, due to international pressure — and destroyed much of its independence by “harmonizing” its laws and regulations to conform to EU policies.

In its present state it may as well be part of NATO, since it’s functionally an unofficial member of the EU — but that needs to change if Switzerland is to remain free and prosperous. The Swiss need to cut their ties to the EU, restore the banking policies that made them a safe depository for anyone and everyone, and reclaim the legal structure that made them the most free and independent country in Europe.