“I’m meeting with the president later today, and I’m going to push him on this issue.” 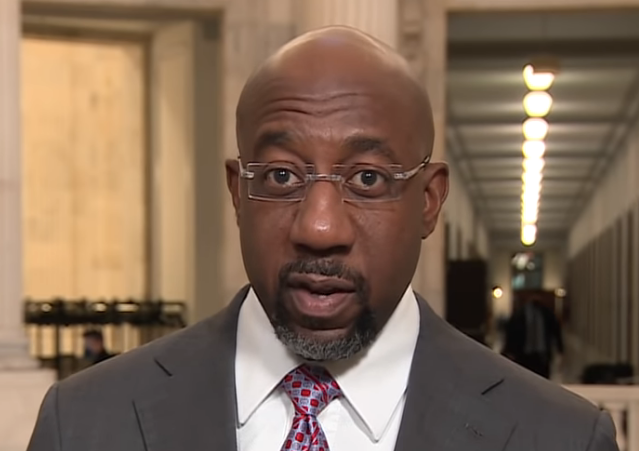 This looks like Warnock may be worried about the midterms. He needs something to show his voters.

Sen. Raphael Warnock (D-Ga.) on Wednesday said he’ll be meeting with President Biden to push for student loan debt forgiveness that will be enough “to actually make a difference.”

“I’m meeting with the president later today, and I’m going to push him on this issue. Everywhere I go in Georgia, students and families talk to me about the crush of student debt,” Warnock told The Hill. “And, in this time in which I’m focused on providing relief for families that are feeling the pressure, this couldn’t come sooner.”

His comments come after Politico reported last week that Warnock, along with Senate Majority Leader Charles Schumer (D-N.Y.) and Sen. Elizabeth Warren (D-Mass.), had reached out to White House on the matter, following reports that it was considering using executive action to approve at least $10,000 in forgiveness per borrower.

Warnock said later on Wednesday that Warren and Schumer will also be in attendance at the meeting.

The outlet reported that the lawmakers were pressing for a meeting with Biden to hold off temporarily on any potential action on student loans to push for more significant action.

The Hill has reached out to Warren’s and Schumer’s offices for comment.

In remarks to The Hill on Wednesday, Warren declined to discuss the matter, saying, “I’m not gonna talk about private meetings.” However, Warren said she is still calling on the White House to set its sights higher.

“​​I’m urging the White House to cancel $50,000 in student loan debt because it gives the greatest return for the most folks who struggle,” she said, adding, “This is a racial equity issue, it is a gender equity issue, and it is an issue about what kind of America we want to build.”

I can’t look at him (assuming gender) and not think of Mr. Potatohead.

And running over Mrs. Potatohead….

I just think of another shuck and jive gibsmedat black politician who bases everything on race.

More like pay off the loans of people who took majors that are useless. A degree in lesbian dance theory is not going to earn back much money.

This is the problem…if you have buyer’s remorse on your elected degree, why is that society’s problem?

Exactly, and I speak from the position of having taken a nonsense major.

“A degree in lesbian dance theory is not going to earn back much money.”

Karine Jean-Pierre just announced from the podium at today’s news conference that she’s a lesbian. She implied that her degree was in dance therapy and was hired by Biden to do a song and dance routine.

Buyer remorse for a useless major should be recompensed by the college/university endowment.

Maybe then they will quash those useless majors.

Best idea I have heard in a long time! I know it will never happen,it’s so much easier to steal from the non college class.
Nothing better than class warfare for our elite expert class.