North Korea will only head the forum for 4 weeks. However, the memes, mockery, and ridicule of the United Nations will be enduring. 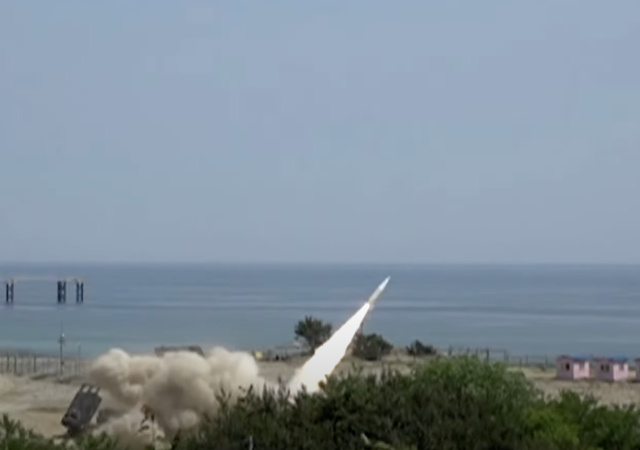 Last week, North Korea tested three ballistic missiles. At least one missile had properties that US military experts had not observed before.

North Korea’s launch of three ballistic missiles on Wednesday included one that flew an unusual trajectory, according to the officials. The missile had a flight path that two officials described as a “double arc” with the missile ascending and then descending twice.

The trajectory may indicate that the goal was to test North Korea’s ability to fire a missile and have it re-enter into the Earth’s atmosphere to reach a target, according to two of the officials.

The second phase of the missile’s possible “double arc” may have been a re-entry vehicle breaking off from the main missile. It’s not yet fully clear to the US if that was all part of the planned flight path, one official said.

How does the United Nations, supposedly the international body designed to help keep the peace between nations, react to this development?

Precisely as we have come to expect!

North Korea on Monday will take over as chair of the world disarmament forum which negotiated the nuclear non-proliferation treaty, sparking an appeal… by over 40 UN-accredited non-governmental organizations for UN chief Antonio Guterres, the U.S., Canada, UK, EU states and other democracies to strongly protest, and for their ambassadors to walk out of the conference during the four weeks of the North Korean presidency, starting on May 30, 2022.

The 65-nation Conference on Disarmament, based in Geneva, is considered the cornerstone of nuclear disarmament efforts. The UN-backed body calls itself “the single multilateral disarmament negotiating forum of the international community.”

…“This is a country that threatens to attack other UN member states with missiles, and that commits atrocities against its own people. Torture and starvation are routine in North Korean political prison camps where an estimated 100,000 people are held in what is one of the world’s most dire human-rights situations,” said [said Hillel Neuer, executive director of UN Watch].

Not surprisingly, the news has been greeted with mocking and ridicule from the United Nations.

Having the North Korean regime of Kim Jong-un preside over global nuclear weapons disarmament will be like putting a serial rapist in charge of a women’s shelter.

Our appeal for countries to walk out, signed by 40 civil society groups worldwide: https://t.co/NQeSiyfcOh /2

We should ALL walk out of the UN altogether. Well, not “we”, you, the free countries that respect and protect the rights of your citizens.

Everything is fine here at the UN in Geneva:

North Korea will only head the forum for four weeks.

The conference boasts a track record of joint agreements and international policy successes, including the Treaty on the Non-Proliferation of Nuclear Weapons in 1968 and the Comprehensive Nuclear-Test-Ban Treaty in 1996.

“It impugns the UN’s relevancy and legitimacy, but in essence, any sovereign state that is a member of the United Nations is treated equally,” he continued. “But I do find it very paradoxical that you have a country that is in violation of UN Security Council resolutions having to do with its nuclear weapons program and its ballistic missiles program and [will be] ostensibly the chair of disarmament? It’s idiotic.”

However, the memes, mockery, and ridicule of the United Nations will be enduring.

And why not. It’s a post-truth, post-science, post-common sense world. Here’s Dr Bill Gates offering his scientific reasons for why there is a 50% chance that the next pandemic (I’m sure someone has already circled the date on their calendar) will be caused by global warming.

God, science, logic, and common sense have been replaced by intersectionalism. It’s just one big game of “six degrees from Kevin Bacon”. Everything leads to death and destruction if we don’t surrender to the Fourth Reich because…..

One toke over the line there people. Nihilism will be painless.

Civilizations have a peak. After that it’s all downhill. Going down is a lot faster than going up.

The UN and its affiliated organizations are a joke. Saudi Arabia on human rights, China on health and safety etc

It’s past time to leave the UN and kick them out of NYC.

And make them pay their fucking parking tickets on the way out the door.

It’s past time to junk the UN. The mission statement of the UN is ‘to maintain peace and international security’. Recall that the UN was founded in the wake of WWII and the Soviet occupation of Eastern Europe. The goal of maintaining the peace would seem to preclude any efforts to throw off the yoke of communism or any other totalitarian system.

Gathering diplomats in one place is an idea that has been rendered irrelevant by modern technology. Plenty of options for realtime communication among Nations exist a physical gathering is no longer necessary. The bloated budgets, the incompetent permanent staff along with abusive and corrupt behavior of the ‘blue helmet peacekeeping forces’ make clear the limitations of an unaccountable International body.

Rotating the chairs of various commissions and working groups among the worst actors is simply icing on the cake.

And in other news

Lucifer has just announced a new “Demons for Jesus” ministry

Why is the UN trying to put the Babylon Bee out of business?

It’s long past time that the US drop out of the United Nations. The organization is run by people who are not looking out for our interests but rather seem to cater to our adversaries.

Once again, the UN proves that there are no standards for membership or committee chairs.

It is one of the most inept, bungling bodies in the universe.