This is not a movie for everyone, but if you like the viking genre, you’ll love it. 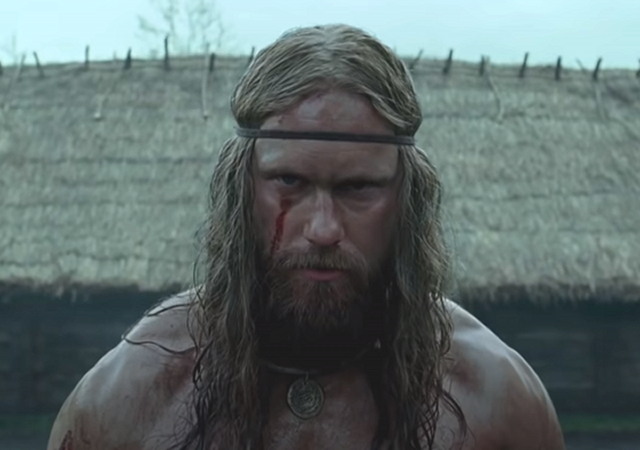 ‘The Northman’ is a new film released in April which is getting excellent reviews for good reasons. It has been ages since I have gone to the movies, but I went to see this on Monday and found it impressive.

By the way, seeing a movie at a 4 PM matinee on a Monday is great. I was one of only two people in the theater. I decided to buy a small soda to enjoy during the movie. Would you believe $6.89? I kid you not.

Ironically, the last time I wrote a movie review for Legal Insurrection, it was for 2016’s ‘The Witch’ which was made by the same director, Robert Eggers.

The Northman is not for everyone. It’s rated R for violence, nudity, and sexual content. The violence is presented realistically, and it’s pretty bloody, but if you’re a fan of the Viking genre, you’ll love it.

The movie is also pure escapism. There is nothing woke in this film. There is no virtue signaling and no attempt to bring this period of history into the present day, which is so refreshing.

The entire film is very well put together. The writing, the acting, everything is meticulous. The film was mostly shot in Ireland and the scenery is spectacular.

All of the performances are outstanding, including Willem Dafoe in a small but memorable role. Alexander Skarsgård is great in the main role and even the Icelandic pop star Björk makes an appearance as a mysterious seer.

The film follows the story of a boy named Amleth, whose father, a king is killed by his brother. Amleth is an anagram for Hamlet, and that’s no mistake. The story of Hamlet is based on a Scandinavian legend about a guy named Amleth. The story in the film is a bit Hamlet-esque as well.

Amleth escapes their island kingdom by boat as his mother is being carried away by his usurping uncle. He vows to avenge his father’s death and rescue his mother. We then jump to years later when Amleth is a young man. He has joined a band of Viking marauders and during a mission, discovers that shortly after his uncle’s actions, he was run out of town by the king of Norway. His uncle is now living as a lowly sheep farmer in Iceland.

Amleth secretly boards a boat full of slaves who are being taken to Iceland, where he meets a beautiful young Slavic woman who was captured in a prior raid.

Now grown and not recognized, Amleth is taken as a slave by his uncle and lives at his farm, quietly planning his revenge. At one point, he saves the young son of his uncle and is rewarded by being allowed to take the Slavic woman as his spouse. With her help, Amleth begins killing off members of his uncle’s circle of family and friends.

He has a chance to escape with his new love, who is now pregnant, but he decides avenging his father’s death is more important, so he sends her away by boat and stays behind, over her objections.

When he finally reveals his true identity to his mother, played excellently by Nicole Kidman, she tells him that she never loved his father, and that she plotted with the uncle to kill the king. Hello, Hamlet.

She in turn reveals his identity to the uncle who vows to kill him. When Amleth finally goes to kill his uncle, he is attacked by his mother, who he kills. He agrees to meet his uncle at the foot of a local volcano, where they battle with swords and kill each other, after which, Amleth is taken to Valhalla by a valkyrie.

Again, this isn’t for everyone, but if you like this genre, you’ll probably love The Northman.

It says “major spoilers ahead”

I thought Major Spoilers was one of the characters.

Spoilers are one thing, the ending is quite another

No Oscar. No blacks, lesbians, or blatantly swishy “boys”.

Yeah, I noticed that too. What would a Viking movie be without token anachronistic black guy sidekicks?

Well, those are some pretty good reasons to go see this movie.

I figured you were because gonzo is a very common Norwegian name.

For the longest time I thought gonzo was a he. Then one day you were viciously attacked by mark311 and after I stuck up for you, you revealed that you are a she.

And now I find that you’re name’s not really gonzo. /sarc/

If you are en-Thralled by this film it is because the Vikings were renowned slave traders. This production perpetuates racism. It is also totally silent about all the heavy mental lifting done by black women to perfect the longships. With all of those axes to hand transsexualism should have been a common occurrence, but the heavy handed, cisgendered patriarchy strongly discouraged it. If only the BBC could have made this movie!

Everyone were slavers, and there remains slaves all over this world
China, ME, Africa, South and Central America
It’s ash it show

People like to speak to the 11-13 million slaves brought to America, but you NEVER hear about the slave trade that went east during the same time…18 million by most accounts but the reason you don’t hear about it is that the Arabs castrated their slaves… probably still do.
And who sold those Africans to the slavers? Why Africans of course…

And “America” is a loose term. The vast bulk of these slaves (something like 80% if I remember correctly) went to South America and the Caribbean.

If you’re in the market for slaves, I recommend the Liberian market. I understand that with each one you acquire, you also get a full jug of liberal tears.

Skarsgård played the last version of Tarzan if I recall. What alarms me about the trailer for this film is simply that those Vikings way back then seem to speak better English than I do…

I’ve not seen the movie, but I am told that the blind girl in the movie the greatest story ever told runs toward the camera screaming “I’m cured! I’m cured!” with a Brooklyn accent. Oh well, it was an all star cast.

Hunter Biden’s laptop pictures were the inspiration for the realistic portrayal of the main character’s facial features.

They had originally planned to use a grizzly but it wasn’t scary enough.

“If you want a happy ending, that depends, of course, on where you stop your story.”

There is a bit of parallel between this plot and the Rus fights today. The Vikings created many trade routes to Turkey and Greece, from the Baltic Sea to the Black Sea through rivers in modern day Ukraine and Russia. “Rus” comes from Arabic which means Viking/northmen. Russia means essentially the land of the Rus or the rowers from those lands. Rus mainly applied to the Kievian Rus — those along the Dnieper river. The Vikings in those regions mixed with the Slavs, but there is an ironic parallel between the Vikings fighting in this film, and Viking Rus descendants fighting among themselves in Ukraine and Russia.

The takeaway for me is this movie depicts what a world without the influence and cultural beliefs of the western religions would look like. Our d/prog opponents posses an unthinking bias against the influence of our religions and the moral and ethical constraints they impose betrays their ignorance of the true natural state of humanity envisioned by Hobbes.