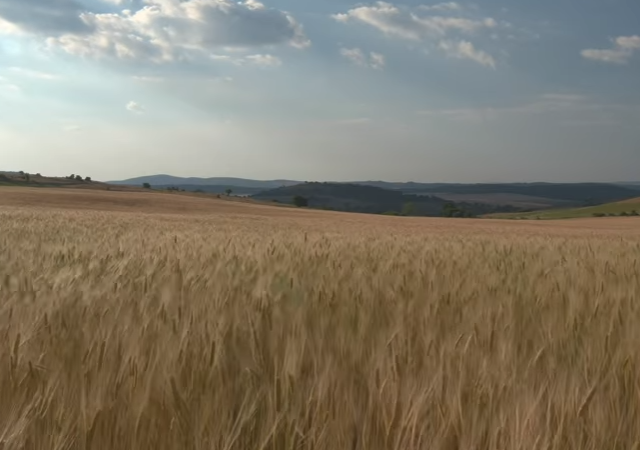 Food scarcity concerns are now expanding across the globe.  India has recently banned wheat exports, citing a risk to its food security.

A notice in the government gazette by the Directorate of Foreign Trade, dated Friday, said a spike in global prices for wheat was threatening the food security of India and neighboring and vulnerable countries.

A key aim is to control rising domestic prices. Global wheat prices have risen by more than 40% since the beginning of the year.

Before the war, Ukraine and Russia accounted for a third of global wheat and barley exports. Since Russia´s Feb. 24 invasion, Ukraine´s ports have been blocked and civilian infrastructure and grain silos have been destroyed.

Though it is the world’s second-largest producer of wheat, India consumes most of the wheat it produces. The nation’s crop has also been impacted by drought.

After five years of bumper crops, a searing heat wave and a lack of rain have reduced yields. Authorities say the rise in prices has led to hoarding by some wheat traders.

Last week, the Indian government lowered its wheat production estimate by 5.7% to 105 million metric tons for the crop year ending June. The government had earlier projected wheat production at a record of about 111 million tons, which would have made it the sixth season in a row to produce a surplus. India produced nearly 110 million tons of wheat in the previous crop year.

India has sweltered through its hottest March and April in more than 100 years, causing a 6% loss to the yield, Mr. Pandey said, with top grain-producing states of Punjab, Haryana, Madhya Pradesh and Uttar Pradesh among the worst-affected.

However, India still plans to honor grain shipment commitments it has already made.

The government said it would still allow exports backed by already issued letters of credit and to countries that request supplies “to meet their food security needs”.

Global buyers were banking on supplies from the world’s second-biggest wheat producer after exports from the Black Sea region plunged following Russia’s Feb. 24 invasion of Ukraine. Before the ban, India had aimed to ship a record 10 million tonnes this year.

IIRC, and please correct me if I’m wrong, less than a month ago India reassured us that despite the russia/Ukrainian war, she could, “feed the world.”

If I’m correct, this news appears to be among the sharpest 180 degree shifts in my memory.

You have to be more accepting of the news. No more doubting. No more questioning. Just open and swallow.

With the Global shortage of fossil fuel fertilizer, we were already facing a Famine. Holland, the UK, Egypt, India and Germany all stopped fertilizer exports. The high price of Natural Gas closed 80% of the world’s nitrogen fertilizer plants.

Then China and the US reported the worst wheat harvests in decades. And, China’s swine virus returned and the avian flu hit the west.

It is a perfect storm creating the largest Starvation Event in human history. And, it will be with us for at least 3 years. (probably more than 5)

Not to be trite but that was then and this is now. Conditions changed so the decisions changed as well. India is prioritizing its domestic market due to heatwave lowering the expected crop yield. India usually has about 5-10% of its production available for export. Lose 6% of expected yield and they can meet existing export contracts and domestic consumption only.

Agriculture or farming if you prefer, is not simple. Too much water and crops go bad, too little water they wither, too cold crops die, too hot they die. Crop insurance, futures markets, laser leveled fields, satellite imagery, modified strains of seed all work to mitigate risk for the farmer and help produce large yields; but if the weather doesn’t cooperate then it’s all for nought.

Just noting that living in a country that is capable of exporting wheat is no assurance against hunger inside that country. As supplies fall, prices worldwide go up. That includes in the countries that supply. If you cannot afford the new prices, you are going to be hungry and you are not going to think well about any government you have that tries to claim that they know better than you what you need and how food should be grown and marketed.

Watch FJoe Biden pull a Stalin in Ukraine mode and export US wheat to his “clients” while leaving markets empty in the US.

He is doing that already with natural gas. He asked banks not to lend to drillers, which slowed gas production. Then he promised his European friends the US would export to help make up Russias cut offs.

Oil from the SPR was loaded directly into foreign flagged ships (which means by law it is being exported.)

Now, US natural gas has nearly doubled in price. It may triple or even quadruple by next Winter. Your heating bill next Winter could realistically be 4 times what it was this last Winter.

Nice… how do you grow wheat exactly

Asking for a friend

I don’t know. I assume it can’t grow here because I have never seen anybody even try.

A wheat farmer once told me that his job is to convert diesel fuel to wheat. With Biden forcing up the price of oil, the price of wheat has to follow.

America should protect our food supplies. For far too long we have been subsiding for a food for other countries. We need to start making our enemies pay through the nose for food. Russia, China, most of the Middle East, especially Pally Scum, should either have to pay, or starve.

After posting, I read and cringe over my typos and worse:)

Here’s a brilliant idea. In the face of global food shortages let’s incentive more American farmers to dedicate more acreage to produce ethanol for fuel (which we don’t need as we can just drill) instead of, I dunno, farming for food.