Claimant attorney: “She was absolutely butchered.” 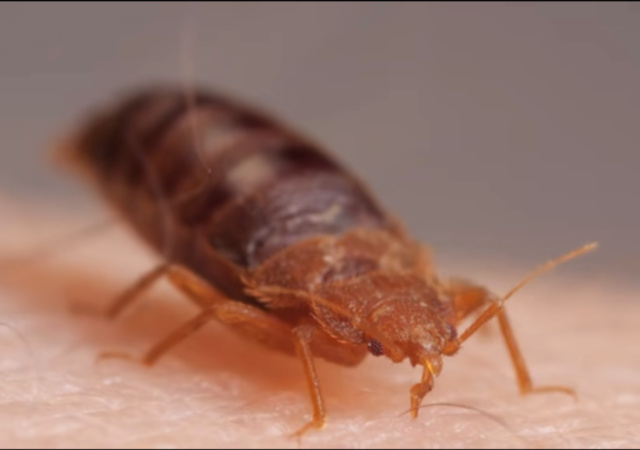 Disney is undoubtedly having a rough couple of weeks.

First, a recent poll shows nearly 7 in 10 Americans, upset with Disney’s embrace of the LGBTQ movement, no longer want to do “business” with the House of Mouse. Then, Disney lost its sweet, sweet land deal in Florida.

The Disneyland Hotel in Anaheim, California is paying one woman $100,000 to settle her lawsuit claiming that she was bitten by bed bugs during her stay and suffered a serious rash as a result.

Dr. Ivy Eldridge claimed in her 2018 lawsuit that she suffered physical and emotional damage after waking up with bedbug bites during her stay at the Disneyland Hotel in April of that year.

She accused the hotel staff of knowing that it had a bedbug issue and failing to notify her about the infestation prior to her stay, according to the suit filed in Los Angeles County Superior Court.

The lawsuit also notes that Eldridge, a vice principal at a Riverside, California, school, ‘endured many sleepless nights and much emotional and mental distress, coupled with other physical conditions associated with severe mental and emotional distress.’

Disneyland Hotel is the quintessential place for any serious Disney fan visiting Anaheim. I know…my family stayed there for a short Thanksgiving vacation to the park one year.

The claimant asserted Disney knew about the problem.

According to legal docs, obtained by TMZ, Ivy Lizette Ewell Eldridge says she developed a severe skin rash over her entire body after an April stay in the Disneyland Hotel in Anaheim, and the hotel failed to tell her about a bed bug infestation.

In the suit, she says bed bugs latched onto her body while she slept and “sucked her blood until they were gorged.” She claims the rash was so bad, she needed medical treatment.

According to her attorney, the bites were extensive.

…”People put trust in the Disney name and pay top dollar to stay at the Disneyland Hotel,” said Virag, who specializes in bedbug litigation. “In this case, Ms. Eldridge’s trust was betrayed.”

The attorney said Eldridge was bitten on the face, ears, neck, arms and back.

“Bed bugs don’t discriminate,” Virag said. “They are found in hotels throughout the country and worldwide. Bed bug infestation in hotels have reached an epidemic proportion and is perhaps the most serious issue facing the hotel industry, because of the harm it can do to a hotel’s reputation and brand.”

Perhaps Disney should focus more on hygiene than social justice in the future.

For there rest of us, here are some signs indicating bed bug infestation.

Reddish or rust-like stains : Tiny dark stains on bed sheets can be a sign of a crushed bed bug. Since bed bugs usually bite us in order to get feed on our blood so small bed stains on your bedsheets and pyjamas is also a sign of a bedbug infestation.

Eggs, exoskeleton or excrement : Look for eggs of bed bugs, which are white and usually in clusters but quite hard to notice since they are very small. To be sure that it’s from bed bugs, you can also look for brown stains on your bedframe which are likely bed bug droppings. You can find out for sure if they are droppings by rubbing water on them. If it smears, it is from bed bugs. Another thing you can look for is bed bug skin around your bed, which is a sure sign of infestation.

Musty odour : One of the final signs of bed bug is a musty, damp odour, similar to old mouldy clothing, which could arise from furniture. A general rule is stronger the smell, the stronger the bed bug infestation.

I recently took a trip out west to conduct family business and visit friends. Along with the steep decline of virtually everything, I had a string of some of the most bad hotel rooms I’ve had in a long time. Are usually get one bed one per trip. This time it was about five and I’m talking brand-name places not little roadside nothings.

Was that the trip to California you spoke of recently, or is that one still pending?

Okay. Got my fingers crossed.

Every hotel will at some point have bedbegs sneak in, especially a hotel that hosts international travellers. What matters is how vigilant the hotel is about inspection, treatment, and remediation. A lot of times they will also have policies forbidding the staff to admit to guests that the beasties are in fact bedbugs, because the cost of getting a reputation as having them is a lot higher than what it typically takes to placate a single guest.

Be vigilant and inspect your room before coming into too much contact with the cloth surfaces.

I remember an old joke: A man complained to the management of a hotel after he was bitten by bedbugs. He received a letter from the manager of the hotel, apologizing profusely and assuring him that the problem had never happened before, and would be taken care of immediately. Unfortunately, paper-clipped to the letter was a handwritten note: “Send him the bedbug letter.”

This is from a book of the same name, which was a best-seller in the early ’70s. Pretty sure I still have my copy.

Please don’t post pictures of insects on the front page. SOme of us may be eating.

I agree with you. When I saw that picture of Chuck Schumer I wondered…

I am amazed that the settlement amount is public information!

If I were the perverted mouse, I would want to keep the amount secret.

I particularly like the placement of this post above the one featuring Chuck Schumer. Thanks Legal Insurrection team!

Perhaps Disney needs to feature a new creature, Benny the Bedbug? Or perhaps Brandon the Bedbug, who seems to be everywhere biting Americans?

“‘endured many sleepless nights and much emotional and mental distress,”
Do bedbug bites have a long incubation period?
Otherwise, why would you stay in a bedbug bed more than one night?

I stayed in a hotel room with bedbugs for four nights before I learned that what I thought was a rash was really bedbug bites. A coworker identified the bites (three small bites in a straight line) as being from a bedbug.

I did suffer sleepless nights for weeks afterwards, getting up constantly to look for bedbugs every time I felt a phantom brush or itch.

For what they charge for rooms at Disneyland, the rooms should be absolutely immaculate. Usually bedbugs leave brown stains on the sheets that are fairly obvious when you change the sheets.

I wonder if Disneyland charges you extra to have Mickey Mouse and his buddies in your room.

Actually, if you have kids in the room, Mickey pays you to let him sleep there.