Hopefully, prices won’t increase but it sounds like we won’t see a decrease at the store and gas station anytime soon. 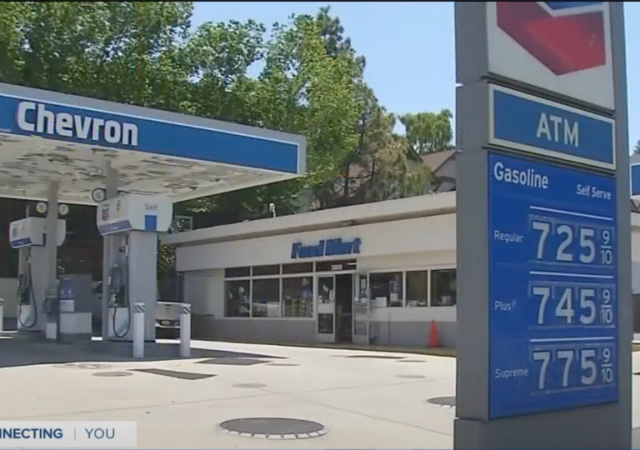 Inflation is so transitory that the Congressional Budget Office (CBO) said it will continue into 2023.

The nonpartisan budget office estimated that key measures of inflation will show signs of easing this year relative to last year, but will remain uncomfortably high as demand continues to outstrip supply, putting upward pressure on prices.

From the end of 2020 to the end of 2021, the consumer price index — one measure of inflation — grew by roughly 6.7 percent, the highest level in roughly four decades. The pace of that increase will come down, according to the CBO, but only to 4.7 percent — still far higher than policymakers want. Other measures of inflation cited by the budget office project that price hikes will remain roughly twice the Federal Reserve’s intended target of 2 percent. Price increases won’t fall back to targeted levels until 2024, the CBO said.

“There remains a significant gap between consumers’ demand and businesses’ ability to supply it,” said Adam Ozimek, chief economist at the Economic Innovation Group. “People’s desire to consume more goods than businesses can produce is leading to a rise in prices, and consumers are going to feel that in their pocketbooks.”

Biden’s administration will likely concentrate on low unemployment, the growing economy, and the shrinking deficit. The CBO predicts a 3.1% growth but that’s still nothing like 5.5% growth we saw in 2021.

Guess what Americans care about? Rising prices. Leftist think tank Economic Policy Institute tried to gloss over the problem: “Other than maybe fuel and energy prices, I think we’ll see a deceleration of inflation.”

Um, yay? How about those food prices especially since Russia is holding grain hostage in Ukraine. The CBO thinks price increases won’t happen again. The group did not say, from what I can tell, that prices would decrease.

Great so the worst is over but it’s not going to get better anytime soon.

Americans want to see lower prices at the grocery stores and gas stations. That’s not going to happen.

I know the CBO is “nonpartisan” but they’ve been doing strange woke style things with math since Obama 1.0.

If they are saying this, then it will probably be worse.

Have no doubts. The pedophile’s inflation will go on and the economy will get worse and there is no fix while that pedophile is still in office.

The inflation of the 1970s went on for years.

OFF TOPIC. For those following along, we finally have a name for what it is that has knocked me down so hard.

Cytomegalovirus. It is a form of mononucleosis.

I am making a nonlinear but fairly steady recovery. I’m having some eye problems that may need to be solved was rather nasty work involving needles. I won’t go into details.

Aside from that I’m making a slow but steady recovery. My calendar is so full of doctor appointments it’s frightening. That is all.

High school kissing disease
Who you been kissing bro

I am immunocompromised due to Chronic Lymphocytic Leukemia. I have no idea how I got this.

Well, that will do it….ouch. I hope THAT goes into remission as that’s your bigger problem.

It’s chronic but my white cell count is down 8,000 since I got the cytomegalovirus.

An odd trade off.

Prayers for continuing recovery. Hang in there!

And don’t get sick no more. Like be healthy from now on.

I’ve heard of it….there’s a vaccine but most people don’t get it because it’s not that common. Usually affects the liver but is often recoverable….carry on my wayward son, there’ll be peace when you are done!

– CBO in July of last year.

These guys know what they’re talking about.

Which under this administration is never. It’s not as if federal employees care, with guaranteed COLAS.

Some moderation of inflation is likely. New home sales just reported were way below expectations, with mortgage rates above 5%. Peak prices may be behind us and price declines ahead. The plunge in stock prices will also affect psychology and demand. But with Biden welcoming higher energy prices and energy such a big factor in things like food production and distribution, progress may be gradual.

Amazing what happens when you print a few trillion dollars and dump it into politically favorable groups to buy votes. We’re going to see inflationary backlash from this wild overspending spree for a decade if not more.