“Student leaders on five of the system’s campuses — Eau Claire, La Crosse, Madison, Stevens Point, and Whitewater — had called on the system to delay or cancel the survey.” 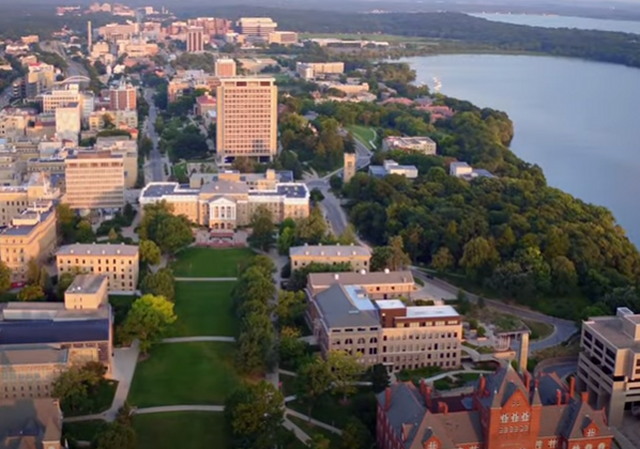 A survey on free speech on campus at the University of Wisconsin has been delayed and for some reason, student activists and leaders at the school seem relieved.

What is everyone so worried about? It’s just a survey. Is it possible we’re going to learn something these people don’t want anyone to know?

Megan Zahneis reports at the Chronicle of Higher Education:

U. of Wisconsin Delays Free-Speech Survey That Led One Chancellor to Quit

A controversial plan to poll students in the University of Wisconsin system about free-speech issues has been delayed until fall amid questions about whether it had bypassed institutional-approval channels. The survey, which was to have started on Thursday, sparked one campus’s leader to resign this week.

In an email to system administrators on Wednesday afternoon, Timothy Shiell, the director of the center funding the survey, wrote that the pause “will enable us to answer fully and accurately the avalanche of questions arising and lay the groundwork for a successful survey.” Shiell was not immediately available to comment.

Student leaders on five of the system’s campuses — Eau Claire, La Crosse, Madison, Stevens Point, and Whitewater — had called on the system to delay or cancel the survey. Davin R. Stavroplos, president of Whitewater’s student body, wrote in an email to The Chronicle that the delay marked “a great win for students.[“]

“I hope the UW System decides against releasing this survey next semester, and as always, if a student has concerns about their ability to freely exercise their speech in the classroom, they should immediately get in touch with their administrators and their student government association. That is how we properly address these issues,” Stavroplos said.

Perhaps some of the questions will explain why so many people seem to be worried about this.

NBC 15 in Madison has all the survey questions. Students are asked to rate these definite no, probable no, neutral, probable yes, or definite yes:

If a topic being discussed in a college class includes perspectives that some students believe is harmful to a particular identity group, should the class stop discussing the topic?

If a professor says something in class that some students believe is harmful to a particular identity group, should the students report the professor to the university?

That’s all pretty tame, then we come to this (emphasis in original):

Student groups often invite speakers to campus to express their views on a range of topics. If some students perceive a speaker’s message as offensive or biased against certain groups of people, do you think university administrators should disinvite the speaker?

If some students perceive a speaker’s message as offensive or biased against certain groups of people, how do you think the students should deal with the situation? Check any that apply.

At this point, we’re getting into the territory of what recently happened at Yale.

Is that why people are worried about the survey?

UW Stevens Point was once a leading pulp and paper science school. I can’t believe how badly it has declined!

They all have. I attended Eau Claire. There were like 20 blacks on the campus outside of sports
I doubt it has changed too much, it was liberal but not this crap
Disgusting

Why even have a survey like this?
Arrest all the protesters that disrupt speech’s
Protest all you want but if you cross the lone
Good bye

The administrators and student government are likely part of the problem and this Stavroplos clown would be aware of that.

If there is one thing Leftist don’t give a shit about, it’s what others think. Assuming this survey is ever undertaken and the result favors free speech, nothing will change – except that this particular group of whining, infantile “activists” will claim yet more victimhood.

“I support the rights of anyone to say anything (except perhaps direct threats of violence) so long as what they say is not hateful or hurtful.”

What percentage of UW students or faculty would or could identify this statement as a position that does not support free speech?

How soon do we start seeing it all but mandatory every student should have a copy of Mao’s Little Red Book on their person at all times?
Of course with a updated ” Blue” cover