The renewed mandate is likely to have consequences that last longer than the next “wave” of covid. 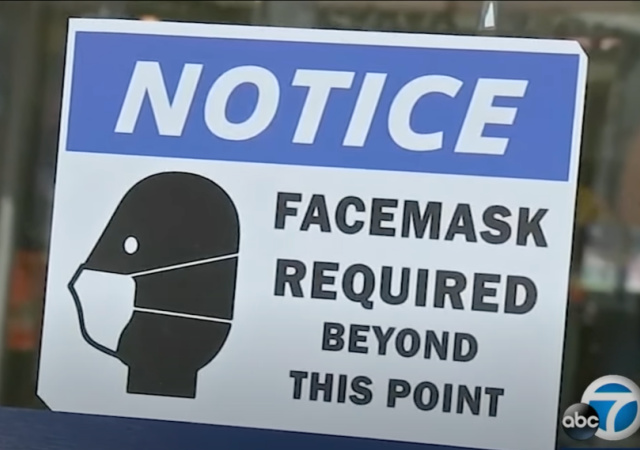 The City of Philadelphia is facing a lawsuit challenging last week’s reinstatement of the indoor mask mandate.

The city announced on Monday that the mandate would be reinstated due to rising coronavirus cases, becoming the first major U.S. city to do so. However, the announcement quickly drew some criticism.

A lawsuit filed in state court on Saturday is now seeking to overturn the renewed mask mandate.

Attorney Thomas W. King III argued that the city’s rules go against the Centers for Disease Control and Prevention’s (CDC) recommendations and “imposed a renegade standard unfound anywhere else in the world,” the Associated Press reported.

The argument being used is that the city lacks the authority to impose the mandate.

The lawsuit, filed in Commonwealth Court on Saturday, said Philadelphia lacks the authority to impose such a mandate.

Philadelphia earlier this week became the first major U.S. city to reinstate its indoor mask mandate after reporting a sharp increase in coronavirus infections, with the city’s top health official saying she wanted to forestall a potential new wave driven by an omicron subvariant.

…The suit accuses city health officials of having “usurped the power and authority” of state lawmakers, the state department of health and the state advisory health board.

Kevin Lessard, communications director of the Philadelphia mayor’s office, said officials were “unable to comment on this particular case” but cited a court’s denial of an emergency motion by another plaintiff for a preliminary injunction against the mandate. Lessard said “the courts once again confirmed that city has both the legal authority and requisite flexibility to enact the precautionary measures necessary to control the spread of COVID-19.”

The Philadelphia Department of Public Health Commissioner Dr. Cheryl Bettigole blamed the rise in COVID cases as the reason to renew the mask requirements for indoor public spaces.

Confirmed COVID-19 cases have risen more than 50% in 10 days. This has prompted the city to move to Level 2: Mask Precautions, requiring masks in indoor public places.

Petitioners say the city eliminated the CDC as the source of standards for masking in Philadelphia and imposed what they call a renegade standard.

The restaurant industry pushed back against the mandate, saying workers will bear the brunt of customer anger over the new rules.

“The citizens bringing this action today have had enough of Philadelphia acting in a way contrary to the rest of the world. Philadelphia is required, like everyone else, to comply with the laws of the Commonwealth of Pennsylvania. No one is above the law,” said Thomas W. King, III, Esq., Attorney for the petitioners.

This decision is likely to have consequences that last longer than the next “wave” of covid.

Record homicide and carjacking numbers, streets strewn with garbage, dysfunctional schools churning out illiterates, a local government of mor0ns led by a drunk incompetent mayor who barely made it through high school, boorish neck-tattooed thugs on every street with vicious pitbulls in tow, caravans of illegal motorbikes, do-nothing city services, a local tax on income, and a population running for the exits. Welcome to Philadelphia! Mask up!

Your comment is moronic at best. However, I’ll bite. Henry, if you are so brave why don’t you get your a55 out there to protect the slums? Yes, that is what I thought.

Sorry, no one is going to confess to felonies for you, Phil.

Philadelphia has a local payroll tax too. Pittsburgh also has those taxes, which both cities can do by specific state constitutional exemption. Pittsburgh isn’t the hellhole Philadelphia is, but I still don’t understand why anybody does business in either city.

Eli, you’re an optimist. No state is guaranteed to go red as long as Dems count the votes and control the machines.

Question from a Woke math test:

Philadelphia’s goal is to be the safest city in the world, therefore we have decided to focus on which one of the following:

4. Continue to harbor the largest open air heroin market on the east coast.

The mandate is necessary.

Without the mandate, the left could not justify the relaxation of rules related to voting, such as widespread absentee voting and ballot harvesting.

Without the relaxed rules, the left could not massively cheat at election time.

Without massive cheating, the left could not win an election where 55% or more of the legitimate electorate will actually be voting conservative.

Without the ability to manipulate the vote totals in the face of such an electorate, the left will lose its grip on power.

Therefore, the mandate is absolutely necessary.

Don’t you forget it, comrades.

No doubt that they will attempt to recycle the Rona playbook to set conditions for election shenanigans. If we live in a State where this was rampant in 2020 and haven’t busted our collective hump since then to get reforms enacted to at least mitigate the impact then we have only ourselves to blame.

Reforms are all well and good, and absolutely necessary, but if the same people count the votes (and, apparently they will), it won’t make much difference because they won’t be any more inclined to follow the law than they were before.

If those most concerned in the States and precincts most affected have been truly busting their humps then the same people WON’T be counting the ballots.

A very big if. That’s the difference between wanting, talking and posting comments about the need for reforms and being willing to roll up one’s sleeves and personally sacrifice time, energy and money to do the hard work to make those reforms happen. No one is going to it for us.

Philly need only keep the order in play for the upcoming 28 days and then take another swipe at it in October for the General.

“The argument being used is that the city lacks the authority to impose the mandate.”
But then again, neither does the CDC. Such a power over citizens is not granted anywhere in the federal constitution.

“The suit accuses city health officials of having “usurped the power and authority” of state lawmakers, the state department of health and the state advisory health board.”
They don’t have it, either.

I weep for America.

The States do have a police power in public health that the Federal government lacks. If the State statutes or constitution don’t delegate this power to political subdivisions then the City or County are usurping State power.

Wear a mask, take a knee, beg, follow the cargo cult, not the science.

And don’t forget to watch CNN.

When will the first meeting of “Maskaholics Anonymous” occur?

Philadelphia can start the founding chapter!

The 20-30 yo millenials in Portland are all still clinging to theirs, which is hysterical as none of the 65+ crowd at the mochahut wear them and were the first to take them off. lets just say that it is their generation’s swastica armband, even though they will be the last to actually pick up on that symbolism.

Meanwhile, Philadelphians are not required to wear masks on trains and buses.

But I don’t care. I’m voting with my car and driving to the suburbs for maskless shopping.