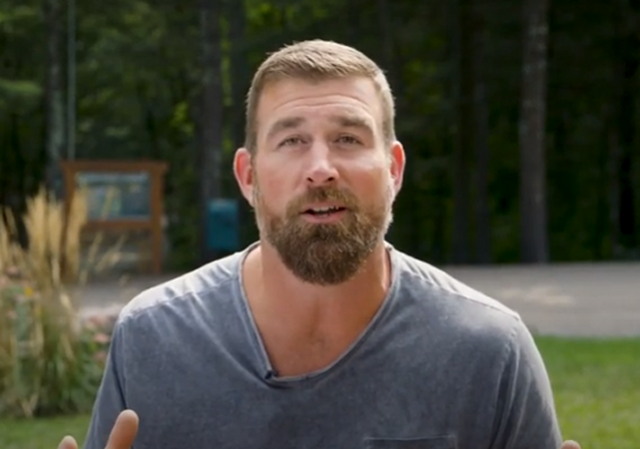 Light claims that the pandemic made him realize that freedom isn’t guaranteed, and of course, he’s right.

Ex-Patriot Matt Light running for seat on Foxboro school board

Former New England Patriot Matt Light is running for a seat on the town school committee, saying that the pandemic made him realize “that our ability to live free and make our own decisions isn’t guaranteed.”

Light, 43, who was an offensive lineman on the Patriots for 11 years until retiring in 2011, is one of two candidates looking to unseat two school board members, chairman Robert Canfield and Brent Ruter, in the May 2 annual town election. The other challenger is Joseph Pires.

The incumbents consistently defended masks and other health safeguards in classrooms throughout the coronavirus pandemic. School officials lifted the mask mandate at the end of February.

Light, a town resident for two decades, has a daughter who went through the school system and three other children who are students.

He and his wife Susie say that, while the mask mandate was in effect, officials ignored their concerns about the need to check their son’s face for signs of him losing oxygen, as he has a heart condition.

“It wasn’t until COVID occurred that I realized what those who came before me knew all too well; that our ability to live free and make our own decisions isn’t guaranteed,” Light wrote in a guest column to The Foxboro Reporter, The Sun Chronicle’s sister paper. “I found myself having conversation after conversation about how our ‘leaders’ were failing to do their jobs.”

I wouldn’t expect anything earthshaking to come of this. Every time someone stands up and says, “the Democrats got so crazy I couldn’t stay with them, so now I’m a Republican,” you know you have a new Republican who thinks that Republicans are just sane Democrats. There’s a fundamental difference between conservatives and liberals, the primary one being that conservatives follow objective standards, and liberals follow their feelz. Complicate this with the two facts that he’s a sports figure, and he’s in Massachusetts, where I don’t think there’s a single Republican politician who understands the distinction, and I suspect we are witnessing nothing but the birth of another RINO.

When he finds out that being on the school board doesn’t give him the power to change anything, perhaps he will think more deeply.

And then you have the rest of us who refuse any party affiliation because they all have problematic causes, and just want the government to limit themselves strictly to their constitutinally defined roles and to otherwise leave the populus alone.

It takes a great deal of self-discipline, focus, energy and intelligence to be a successful professional football player. I humbly question whether his opponent has those attributes. I trust the town voters to sort this out and to make a good decision.