College of the Holy Cross Renaming Its Science Center After Dr. Fauci

College of the Holy Cross Renaming Its Science Center After Dr. Fauci 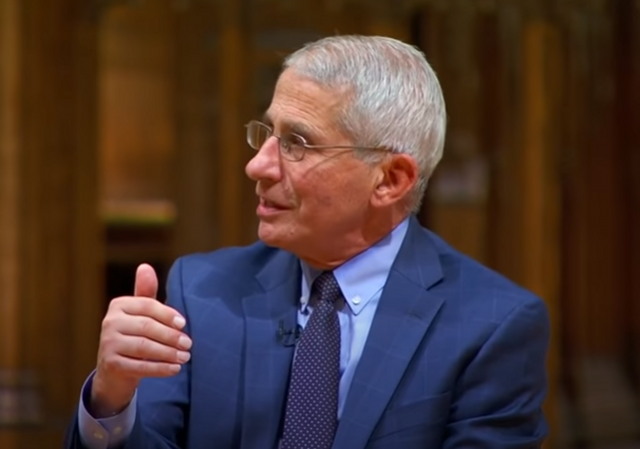 Fauci is apparently an alum, but this is still groan inducing.

The College of the Holy Cross’ Integrated Science Complex will be renamed after Dr. Anthony Fauci this summer, campus officials announced Monday.

Fauci is an alumnus of the private, Jesuit-Catholic institution in Massachusetts.

“Dr. Fauci vividly personifies the distinctive characteristics of a Holy Cross education, and we know his life and work are already inspiring the next generation of empathetic servant leaders,” Holy Cross President Vincent Rougeau said in a news release.

The college’s science buildings will be renamed the Anthony S. Fauci Integrated Science Complex on June 11.

The honor comes at a time when Fauci, the chief medical advisor to the U.S. president and the nation’s top allergy and infectious diseases expert, has come under increasing scrutiny from lawmakers and the public at large over not only his handling of the COVID pandemic strategy but also his past work and research funding decisions.

Just last month, Republican Sen. Rand Paul introduced an amendment to eliminate Fauci’s position as director of the National Institute of Allergy and Infectious Diseases and instead break the job into it three separate national research institutes.

“We’ve learned a lot over the past two years, but one lesson in particular is that no one person should be deemed ‘dictator-in-chief,’” Paul stated in a news release. “No one person should have unilateral authority to make decisions for millions of Americans.”

In a March 14 op-ed for Fox News, Paul elaborated on his concerns:

When Dr. Fauci said that cloth masks worked, I was truly concerned because that’s not what the science demonstrated.

Dr. Fauci and his friends worked diligently to silence opposing views. The media amplified his efforts. We were branded conspiracy theorists and anti-science for simply asking questions and presenting alternatives to what had been delivered to the American people as “fact.” …

When Fauci decides that he alone will define and fund dangerous “gain-of-function” research, his disregard for the possibility of a lab leak is felt worldwide.

Hey, what about Chris Mathews?

Besides being HC alumni, he and Fauci have a lot in common.

His name must be good for fund raising. They would not make such a bizarre move if there was not some profitable angle involved.

They teach lying by commission and omission?

At this point, yes. My alma mater, a Jesuit high school, has one Jesuit on the entire faculty and is filled with obnoxious, woke, intellectual zeros in multiple teaching departments.

Holy Cross might as well have put Dr
Mengele’s name on the building…..