Seventy-four similar cases have been reported in the United Kingdom, and there are being observed in Spain, Denmark and the Netherlands. 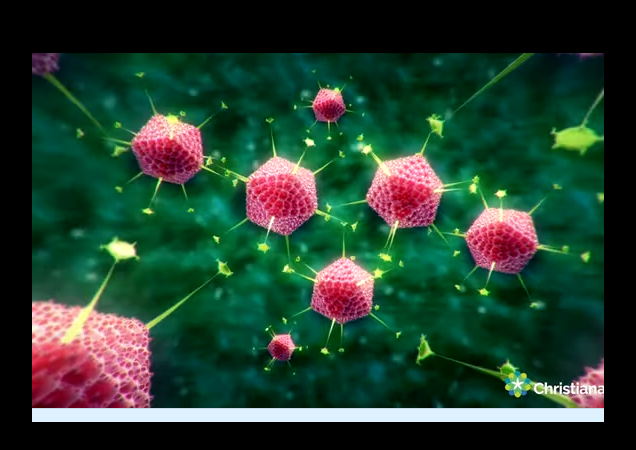 The Centers for Disease Control and Prevention and Alabama Public Health officials are investigating a mysterious outbreak of hepatitis among young children in Alabama.

Nine children less than 10 years old have tested positive for adenovirus, and two have required liver transplants, according to the Alabama Department of Public Health [ADPH].

The children, who were from throughout the state, had symptoms of a gastrointestinal illness and varying degrees of liver injury, including liver failure, ADPH added.

ADPH hasn’t been able to identify a link between the cases, and none of the children had an underlying health condition.

Hepatitis is defined as an inflammation of the liver, and usually is caused by infection with one of the members of the hepatitis virus family. However, Hepatitis A, B, C, D and E viruses have been ruled out in the cases in question, leaving doctors searching for the pathogen responsible.

This health problem is not normally observed in children. Focus is on Adenovirus 41, as severe adenovirus infections may cause hepatitis.

Alabama isn’t the only location where there is an outbreak. Over 70 cases are also be reported among children in the British Isles and Spain.

The World Health Organization on Friday said it was investigating 74 cases of severe acute hepatitis in children under age 13 in the United Kingdom and Northern Ireland.

Three cases were also reported in Spain, the WHO said. It’s not clear when symptoms for most of the children began, but of the first 10 identified in the U.K., nine got sick in March and one in January 2022, according to the WHO.

Clinicians in Denmark and the Netherlands are also reporting similar cases.

“There are children that are very sick and have been referred for transplantation, says Ruben de Kleine, a pediatric liver transplant surgeon at University Medical Center Groningen. “We have assessed a similar number of kids for transplantation within the first 4 months of 2022 [to what we] normally do in a whole year.”

At Copenhagen University Hospital, too, “we have more cases with [acute liver failure] than we normally have,” says pediatric hepatologist Marianne Hørby Jørgensen. No children there have needed transplants.

At least one other case has been detected in another un-named U.S. state. Parents now have one more virus to worry about.

Dr Meera Chand, director of emerging infections in the UK, said normal hygiene measures such as handwashing and respiratory hygiene can reduce the spread of the infections.

She added that parents and guardians should be ‘alert’ to signs of hepatitis and contact a health professional if they are concerned.

Hepatitis often has no noticeable symptoms — but they can include dark urine, pale grey-colored feces, itchy skin and the yellowing of the eyes and skin.

Infected people can also suffer muscle and joint pain, a high temperature, feeling and being sick and being unusually tired all of the time.

When hepatitis is spread by a virus, it’s usually caused by consuming food and drink contaminated with the feces of an infected person or blood-to-blood or sexual contact.

My first question, of course, is what percentage of these cases have received one or more doses of the Covid-19 vaccination, And if so, which one?

Or what percentage of cases were exposed to someone who had hepatitis.

Must the vaccine be suspected of EVERYTHING? I’m hardly a fan of the stuff but people are blaming it for everything from teen pregnancy to the heartbreak of psoriasis.

It seems only fair to use the vax as the whipping boy for every negative event since the would be fascists on the left used Rona the same way for two years…until they switched their grift to blame Putin.

A big silver lining there for sure.

No, “they switched their grift.”

“Must the vaccine be suspected of EVERYTHING?”

Yes, and deservedly so.

Until the long-term studies have a chance to be done, then yes, every unusual medical occurance needs to be studied in light of the vaccine.

This falls in line. Absolutely.
Unlike the Putin inflation…

And if so, which one?

The AstraZeneca and Johnson & Johnson vaccines are adenovirus-vector vaccines

The government-approved clot shot effectively shuts down your immune system. Not an opinion there are numerous papers written on the subject.

How many are illegal alien children? When did they get here? Where did they come from?

I had the same thought – the characteristic, other than the skin color of criminals, that must not be named.

(Except, ahem, the border)

“mysterious outbreak of hepatitis”
How’s Alabama been doing as far as them midnight runs of unscheduled commercial aircraft?

There’s more than one disease riding on those aircraft.

Oh, another gift from the jab.

The Government could start calling those 10’s of thousands of illegal aliens they are dropping all over the country like plague bombs on their free smart phones and find out where they are.