“To not blame Putin, first of all, is denying reality, and second, frankly, I think is un-American.” 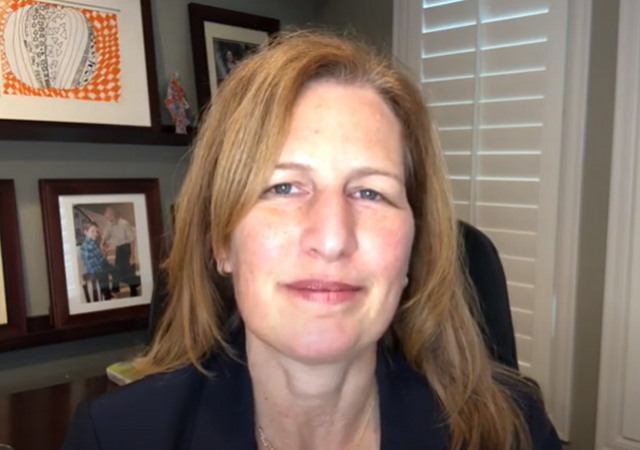 It’s funny. I don’t recall any such rule for the four years that Trump was president.

In fact, under Trump, it seemed like absolutely nothing was too extreme for Democrats to say, even on TV. Democrats regularly accused Trump of being a Russian asset.

Chris Enloe reports at The Blaze:

House Democrat declares it is ‘un-American’ to blame Biden for gas crisis: ‘This is Putin’s fault’

What is the narrative?

The problem, of course, is that inflation rates were already at historic highs and gas prices were already sky-high before Russia launched its full-scale invasion of Ukraine in late February.

What did Schrier say?

During an interview with journalist Brandi Kruse, the Washington Democrat regurgitated the Biden administration’s talking points and charged that dissenters are “un-American.”

“I believe a couple things: Right now, in the last two weeks, this is Putin. You should be blaming Putin if anybody for this,” Schrier said. “To not blame Putin, first of all, is denying reality, and second, frankly, I think is un-American.”

“So, this is Putin’s fault,” she declared.

U.S. @RepKimSchrier (D-WA) says it is "frankly un-American" to blame record gas prices on anyone but Putin: https://t.co/xZUhHyeCIh #unDivided pic.twitter.com/RnG6FrL2k6

Schrier is no stranger to this game. In 2019, she accused Trump of “befriending Putin” on CNN:

"We have a President who has befriended Putin and we know how whistleblowers would be dealt with in those countries and so I am absolutely concerned." – Rep. Kim Schrier on a report that extreme measures are being considered to protect the whistleblower's identity pic.twitter.com/NbNIGAENcO

Schrier knows the Biden energy policy is responsible for the current crisis. She just hopes her constituents are too stupid to remember the gas prices going up for a year leading into Putin’s war on Ukraine.

It’s certainly fair to say the war contributed to the sudden surge in gas prices — unlike the previous year’s more steady increase. Shunning Russian oil means less of a global supply, but not less demand.

But it’s Biden and Democrats like Schrier who are to blame for the rise prior to the last two weeks — the rise in gas prices that generated not a peep, let alone plan, from Democrats.

Increasing the supply of oil, lowering costs to produce oil, and making it easier and cheaper to ship oil bring down costs. Biden and Democrats did the opposite…

The Democrat is obviously right to note that a lack of supply plus a high demand will increase prices. What she won’t say is that the global demand is lower because Biden chooses to stop domestic drilling of oil. It’s a move that has the support of the Democratic party. Schrier isn’t merely defending Biden; she’s whitewashing the positions of her own party.

I refuse to be lectured about criticism of Biden from a member of the party that called Trump a fascist, a dictator, a criminal, an agent of Russia, and everything in between.

So, it’s now un-American to tell the truth.

Not only un-American, racist too. Just mention any fact that reflects poorly on “black culture,” and you’ll quickly get the hammers-of-hell treatment. Same thing with any criticisms of Islam and Muslim behavior, regardless of how truthful.

There is a difference between the black and muslims? Could have fooled me, both groups seem to be unable to do anything in the modern West but cry about their inability to create.

Sure there is a difference. When did you last hear a muslim rap?

Scary people, these are.

Does we all understand now?

With Democrats, yes, it could happen here. In fact, first steps have been taken.

The truth is the new hate speech.

Only if its “the truth”

I thought it was downright UN-American the way the dems railroaded and lied about everything that PRESIDENT TRUMP did/said! If I was running against ANY dem this time I would say “Let me address all you STUPID people out there! Now I’M not the one calling you STUPID – no, that would be (insert dem here) who is calling you STUPID to even suggest that you can’t see with your own eyes and hear with you own ears! (insert dem) considers you to be VERY STUPID to endure what (dem) has done to you and expect you stupids will re-elect him/her/it to do even MORE the next time! I’m not worried about the regular citizen not voting for more misery and hardship, it’s you who (dem) considers stupid that I’m hoping to enlighten”!

I also remember for years when a Democrat would scream “how dare you criticize my patriotism” when there wasn’t even a mention of their patriotism but criticism of them on a foreign policy or military related issue.

Democrats found that CRT does not work in all instances. Consequently, they had to come up with a new way of controlling the masses. Whenever someone does something they don’t like, they tell them they are un-American. They hope to be able to impose a punishment for it in the near future.

The people saying America is an evil systemically racist country, and who condemn nationalism and patriotism as racist, are now telling people they are un-American if they blame Brandon for inflation and high gas prices.

“You must love Big Brother.”

When the left says America is an evil systemically racist country, they are projecting their own evil and hate.

This is going to get a lot worse before it gets better. I truly believe Biden will be the last president of the United 50 States. (57, if you’re Obama.)

We don’t have a president, we have a pedphile.

You hit on the head right there! It is THEIR VERSION of the US that is racist and evil! Look at what PRESIDENT TRUMP tried to do – HELP as many American Citizens and indirectly, many ILLEGALS as well. The WALL would have stopped many – millions – from even TRYING to come here. But he was fighting not only the dems but the rinos/media/corporate ilk/doj/courts all at the same time! Next time I want him to go SCORCHED EARTH and enact his policies and ignore all the libers’! Use Jackson’s Strategy “Ok, you got your court order so let the COURT enforce it”! Of course he can’t do that because even the most “moral” R’s would line up to impeach him. He can do a lot LEGALLY and should and EVERY R in office needs to back him! 2024 should be an election for a SUPER MAJORITY in BOTH houses! We can’t fix stupid until stupid is not around!!

I had hopes for ama chin when he demanded xiden open the pipeline. Then it appears the drums of war got louder
Please tell me people are not this dumb

Enough people are this dumb. We’re watching history repeating itself.

Biden is Paul Von Hindenburg. But even Hindenburg didn’t sabotage his own nation on purpose, because he was so compromised.

She looks so normal, but is so pointless. Just the kind of woman our mothers warned us about.

This is so scary

Note… These people run government indoctrination centers schools all across the country.

Very sloppy reporting. Very defective logic. Mike, you are normally much better than this.

What she said was drivel. The prices went up long before the invasion when he killed Keystone and blocked every avenue we had used to gain energy independence.

And there is nothing ‘more’ American than criticizing the decisions, and consequences of those decisions made by a sitting President.

Here’s what the asshole said:

“To not blame Putin, first of all, is denying reality, and second, frankly, I think is un-American,” the Democrat added. “So this is Putin’s fault.”

I didnt think it was possible to attempt a more pathetic deflection than the drivel from this garbage politician. Thanks for proving the impossible!

Ok, since Rep Shrier is discounting all other factors by placing blame on Putin for recent price hikes will she credit Putin for price decreases? Heck oil is down from a high of $130 to $96 today.

Follow up question, is the newest iteration of the unAmerican activities committee a subcommittee of the Jan 6th Committee or is it separate? /S

Blaming the old, dementia-ridden, retarded pedophile for his own bad policies is supposed to be unAmerican? No, point out facts and truth is not that, it is very much American to stand on facts like that the old, retarded pedophile owns every bit of the fuel and inflation crisis.

It’s funny. I don’t recall any such rule for the four years that Trump was president.

Nope. The same rule applied during the trump years; it was un-American to question Biden.

“The party told you to reject the evidence of your eyes and ears. It was their final, most essential command. ”