This didn’t start with Russia’s full-scale invasion of Ukraine. 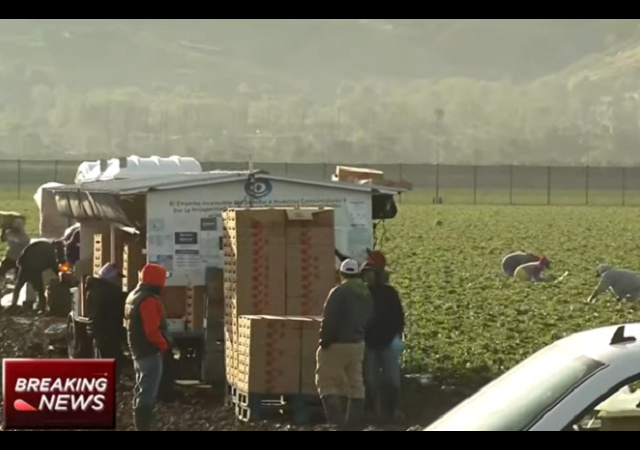 The Doomberg blog on Substack detailed how the coming food shortage (that Biden admitted would happen!) will come because the prices of every part of farming have “hit historic highs simultaneously, supply availability is diminishing across the spectrum, and the time to reverse the worst of the upcoming consequences is rapidly running short.”

Here are some highlights from Farmers on the Brink.

Key sources of nitrogen, potassium, and phosphorous – important inputs into soil fertility, crop yield, and plant maintenance – have all gone vertical. Ammonia is derived directly from natural gas, and the price of natural gas outside of the US has gone vertical. It’s no surprise that the price of ammonia has tripled over the past twelve months. Belarus is the third-largest supplier of potash in the world and its state-owned miner, Belaruskali, declared force majeure after sanctions were imposed by the US and Europe. The number two supplier of potash globally? Russia. Perhaps front-running the Russian move on Ukraine, China halted phosphate exports last fall in an effort to ensure adequate domestic supply.

Weed control (one year of not properly maintaining a field can cause problems for several years:

The most heavily used herbicide in the world is the controversial molecule glyphosate, known widely by its retail brand name Roundup. Invented by Monsanto (which is now owned by Bayer) in the 1970s, glyphosate has been linked to certain blood cancers and is targeted for elimination by many environmental groups. Despite these concerns, glyphosate remains a systemically important molecule – many seeds have been genetically modified to be resistant to it, allowing for its widespread use while minimizing damage to crops, and generics have expanded the market as it came off Monsanto’s patent.

We have a shortage of diesel, chips for farming equipment (this is also affecting the auto industry), and labor.

But one item that farmers rely on the most: propane, which is used for grain drying:

Many farms are located in rural areas without ready access to natural gas, and thus some 80% of grain dryers in the US, for example, rely on propane as a fuel. In a piece we wrote in December called An Urgent Call on Line 5, we chronicled how progressive politicians and environmental groups were targeting an important pipeline artery that runs from Canada, under the Straits of Mackinac, and across the State of Michigan. Line 5 is crucial to the stability of the US supply of propane, and yet – despite the catastrophic energy crisis we find ourselves in – the Attorney General of Michigan was recently captured on video spouting unserious nonsense.

I’m finding it difficult to believe that our politicians are so decerebrate to deliberately place our civilization at 11:59; I keep feeling that they must have another purpose for doing so.

This is how you reach a point where repairing your economy and institutions is so extremely difficult that it is easier to “(great) reset” them.

No big deal. Most Americans need to go on a diet anyway. Think of it this way – You will never save more money than reducing food consumption at this point in history. In fact, might this be Brandon’s secret plan to improve the health of Americans – force diversion of money from food to fuel?

Losing weight via malnutrition is not a good way to do so. Life expectancy falls seriously when one is malnourished. Healthy food is most likely to disappear first, unless you are among the one percent able to afford it.