NASA was not designed to be a social justice organization. 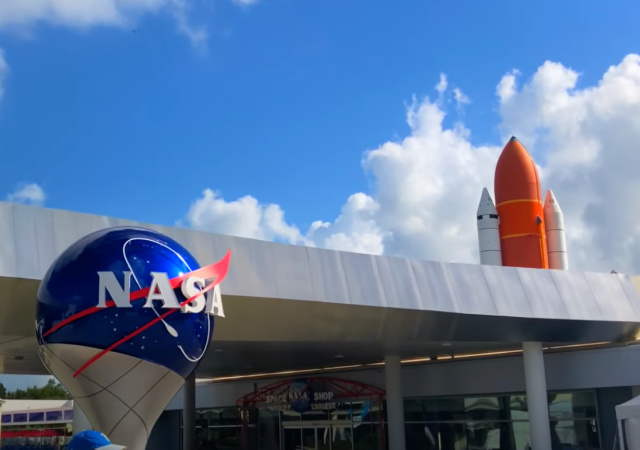 The pressure brought to bear by Diversity-Inclusion-Equity bureaucrats to extend their beach-head into the sciences is enormous.

Recently, there has been push-back by one of the bastions of science and technology: The National Aeronautics and Space Administration (NASA).

Goddard Space Flight Center (GSFC) just removed displayed pronouns from over one hundred employees’ IDs that were part of the “Pronoun Project.”

What is the Pronoun Project? Internet sleuthing leads to several groups attempting to force everyone to identify by sexual preferences. For example, this project is supported by Gender Spectrum, Trans Lifeline, and Equality Texas. Here is a snippet of the Pronoun Project’s goals:

It’s time for us to evolve alongside consumers. And we believe that change can start with a simple question: What are your pronouns?

By allowing people to represent themselves authentically, we can establish a real and personal connection between brands and consumers. Respect. Right from the start.

And that doesn’t just empower the end user. It opens the doors for all of us to rethink the role of gender in advertising. How we understand and use it. How we portray it in our design, strategy and creative.

The team at GSFC decided that focusing on personal issues rather than calculations, schematics, and other essential science-based activities were distracting.

Yet, Scientific American has issues with this decision. The author, Nadia Drake, asserts that NASA was criticized for this decision, then delves into accusations of homophobia at the agency.

“Unfortunately, this is very consistent with my experience there,” says Beck Strauss, a former National Institute of Standards and Technology research scientist working at GSFC and a current member of the International Society of Nonbinary Scientists. “There are a lot of individuals working at NASA and related organizations who really, genuinely want things to be better and want to put their pronouns in their display names and want to make these places more welcoming for people from a lot of different backgrounds and identity groups. But those efforts always fail if they do not have administrative support and access to material resources.”

Recently, NASA has taken steps to fight bias and increase diversity and equity within the agency, including providing gender-neutral bathrooms, instituting dual-anonymous peer review and removing due dates for some project proposals during the COVID pandemic. But the agency’s decision to terminate the GSFC pronoun test also comes on the heels of its refusal to rename the James Webb Space Telescope, a controversy that erupted when astronomers pointed out that the flagship’s namesake—a former NASA administrator—had allegedly been complicit in federal homophobic policies toward government workers in the 1950s and 1960s. And it comes amid a volley of legislation and directives in multiple states that are designed to marginalize and restrict the rights of LGBTQ+ people.

Looked for the number of NASA employees in the piece for perspective but found that lacking. Thank you

We have an well-accepted system for announcing gender: Mr., Ms., Mx.

Credentialists don't like it because then they don't get to wave "Dr." in people's faces; but that egalitarianism is a feature, not a bug.

Maybe the other 99% don’t want pronouns in their bio..

We would hope that @NASA values science and reality. https://t.co/bPT9AEh1t4

NASA was not designed to be a social justice organization. Its mission is to:

— Explore, use, and enable the development of space for human enterprise

— Advance scientific knowledge and understanding of the Earth, the Solar System, and the Universe and use the environment of space for research

Promoting the latest equity trend is not listed.

Good to see a little bit of sanity. More agencies and companies need to push back against the loud, tiny minority of pronoun deviants.

I hope this is contagious.

It would be an exercise in futility to try to remember so many different preferences, especially if you are a student in a large class or an employee in a large company. How in the world can anyone be expected to remember so many details about people they hardly know, especially when many of them claim a gender you could not guess by looking at them?

Gender/fluid. Him, Her, Him, We, when the mood should strike. #HateLovesAbortion

My pronouns, if forced to declare, are ‘My Mistress/My Mistress’.

I don’t generally ask others to use them.

In 2007 NASA and the Kuffir Space Gods had the bright idea of sending a Muslim (a Malay) into space. (Why? Some sort of worthless outreach?) Only the Kuffirs could do such a thing because, on their own, the Muslims could never even think of such an adventure. Along the same lines that the new Muslim mega-clock in Mecca could never have been built without the ingenuity of the Kuffir. “O Allah [as in ‘I’ll hava Coke, or a Pepsi’], why have you cursed the best of people [the Quran-inspired descriptor used by Muslims to identify themselves] with no brains, but have amply supplied the infidels with knowledge & clear thinking, leaving us so ashamed and in poverty.”

But the Malaysian Space Agency (huh? who knew such an agency even existed!), a part of the Dept of Islamic Development Malaysia (cough, cough, “Islamic Development” exists in the same universe as “dry water”), wrestled with the greatest technical problem of the entire then-upcoming flight of going beyond the earth’s atmosphere. That problem, How to face Mecca from outer space?

Whew! A load off my mind. Leave it to the Muslim to come up with the really, really penetrating questions facing us all.

“The result, A Guideline of Performing Ibadah at the International Space Station (ISS)”
This is the very first time I have ever seen this word appear outside the context of Latka Gravas.

There is no reason we should know this stuff about people whom we do not know very well. Isn’t kind of like asking causal acutance’s their favorite sex position or fetish?

Scientific American is neither.

Here’s a recent quote from Andrew Doyle in a piece called “The Liberal Case Against Pronouns:”

“When you ask someone to declare pronouns, . . you are saying that you believe in the notion of gender identity and expect others to do the same. . . . to ask for pronouns is an expression of fealty to a fashionable ideology — and to set a test for others to do likewise.”

It would be like a Catholic priest expecting everybody, including non Catholics, to call him father. And then being highly upset when they don’t.

They see it as respect, but they easily disrespect others.

I know a couple hiring managers at reasonably sized companies.

ANY resume that includes pronouns goes in the trash. They don’t even consider them for a second.

Come on, Man! My SCOTUS nominee can’t even define a woman. What’s with this pronoun stuff? FJB

I dunno, but I have a list of personal adverbs I prefer people to use..

It will take a long time to remove the vestiges of this sickness from culture.

NASA doesn’t have time for pronoun abuse; it’s too busy thinking up ridiculous lies about muslims to make it seem as if they had anything to do with space travel.

What in the f*ck do pronouns have to do with space exploration?

What the f*ck does NASA have to do with space exploration. They can’t even send anyone to near earth orbit and the ISS any longer. They have to depend on the goodwill of the Russian government (and large payments of cash to the same) to hitch a ride on Russian spacecraft to get to the ISS.

And given the current political climate between the U.S. and Russia that isn’t going to be happening any longer.

“Take me to xlrasbr leader.”

So NASA who now relies solely on Russia to get to near earth orbit and the ISS is being castigated for terminating the “Pronoun Project” test because people were using the pronoun field to list their favorite sports team and use it for other inappropriate labels because it affects over 100 socially maladjusted people (out of thousands) and makes them sad.

Perhaps NASA should work a little more toward getting the United States back into space and less dependent on the Russians than on social justice issues.

“……. and a current member of the International Society of Nonbinary Scientists.”
There’s your problem, right there.
An oxymoron if ever I read one.
Nonbinary scientist.
Pssssst….better drop the B from LGBTQWERTSERTY+. Because it does indeed imply BINARY…

“the International Society of Nonbinary Scientists.”
Crap. I was hoping they did quantum computing.

That’s some funny shit right there. Geeky, but funny.

“There are a lot of individuals working at NASA and related organizations who really, genuinely want things to be better and want to put their pronouns in their display names and want to make these places more welcoming for people from a lot of different backgrounds and identity groups. But those efforts always fail if they do not have administrative support and access to material resources.”

In a similar way, this is pretty much what was done in Imperial China a while back when women bound their feet so the club-footed princess wouldn’t see herself as deformed. The hoi polloi of China complied (probably on pain of death), but that didn’t change the fact that the princess had a club foot.

One problem is that long after there was no more princess, people kept doing it.

(Not unlike wearing masks out of habit. Or to show the world how virtuous the wearers are.)

Anytime you remove genital organs you create a neuter.
The only valid first person singular pronouns are” “He”, “She”, and “It”.
Science says you can’t swap “He” and “She”. Artificial organs are not real.

A 5-year mission to seek out new pronouns and new victims….

This is a bit surprising. Goddard is usually at the cutting edge of this sort of leftoid silliness.