San Diego State U. Suspends Prof for Showing a Slide With Racial Epithets in a Class About Race

San Diego State U. Suspends Prof for Showing a Slide With Racial Epithets in a Class About Race

“You have to mention the words in order to explain why they are racist and should not be used. Some students are confused about what counts as racism. And some are more concerned about being offended than learning about the logic and science of language.” 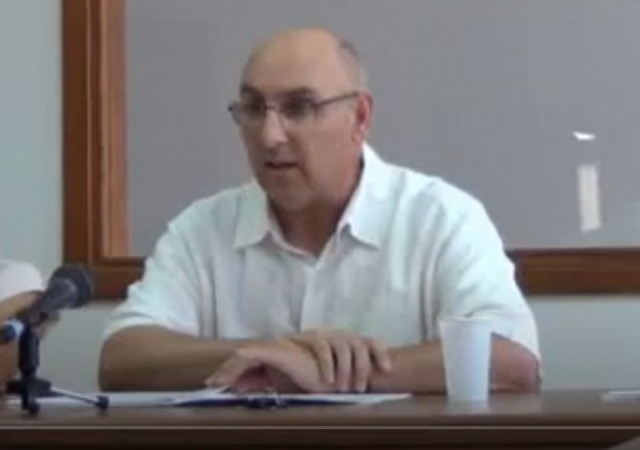 Professor J. Angelo Corlett has been suspended by San Diego State University after a student complained about racial epithets used in one of his classes.

Corlett, who is Latino, did not just randomly use the language in question. The words were on a slide because the class was about race.

Corlett told The San Diego Union-Tribune he used an informational slide in both classes that listed 10 to 12 epithets that have been used against Black, Hispanic, Latino, Asian and White people.

“You have to mention the words in order to explain why they are racist and should not be used,” said Corlett, a 63-year-old Latino. “Some students are confused about what counts as racism. And some are more concerned about being offended than learning about the logic and science of language.”

On March 1, an unidentified Black student, who was not registered in Corlett’s critical thinking course, stopped by and repeatedly challenged Corlett’s mention of epithets, particularly one regarded as the most offensive slur against Black people. Corlett said he responded to the visitor, in part, by verbally mentioning epithets to illustrate the nature of the lesson. He claims that he did not encourage his students to do the same.

Later that day, Corlett was notified by the university that he would not be teaching the two courses for the rest of the spring semester. He is still teaching a course on political philosophy…

Corlett says that he has used this teaching technique at SDSU for about 20 years and notes that he has written widely on the subject, including publishing the book “Race, Racism & Reparations.”

The Academic Freedom Alliance has sent a letter to the school in Corlett’s defense:

The Academic Freedom Alliance (AFA) sent a letter to San Diego State University over its suspension of Professor J. Angelo Corlett for mentioning racial epithets in a class on race. According to published reports, Professor Corlett showed a slide in his class on Philosophy, Racism and Justice and his class on Critical Thinking and Composition that listed racial epithets. On March 1, the university suspended Professor Corlett from teaching both classes based on student complaints.

“You are quoted as saying that your removal of Professor Corlett’s from his courses because of how he taught his courses is ‘not about free expression or academic freedom,’” wrote Keith Whittington, chair of the AFA’s academic committee, in the letter to J. Luke Wood, Vice President for Student Affairs and Campus Diversity at SDU. “I write on behalf of the Academic Freedom Alliance to express our firm view that these disciplinary actions directed toward Professor Corlett are an egregious violation of his academic freedom.”

Does this remind anyone else about the stoning scene in Life of Brian, where the mob starts stoning the court official for reading the blasphemy specifications against the man who was sentenced to be stoned?

Glass half full view is this could be a net positive. If the anti free speech forces within the academy side with those who demand cancellation/suspension of a minority group member, Corlett is Hispanic, for presenting a slide containing racial epithets in order to demonstrate why they are offensive then we are close to victory.

It then follows that the use of materials in any setting, academic or otherwise, of which are based on or influenced by the principals of CRT/Equity is also forbidden. One can’t be expected to endure a mandatory training session that causes harm or trauma or hurt feelings which encompasses any aspect of the discussion of race, prejudice, discrimination or potential remedies when the basic terms are too traumatic to discuss.

On the other hand, this episode took place in a critical thinking/logic course and the academic community is unable to see the inconsistency of their actions in suspending Corlett for his use of the same topics contained in CRT. Which doesn’t surprise me at all.

This is diversity i.e. color judgment, class-based bigotry). This is their faith, religion, and ideology. Don’t exercise liberal license to indulge the Pro-Choice (“ethical”) dogma.

Down the hall, in premed, they are teaching that white babies are brought by the stork, and black babies are found under cabbage heads.

On March 1, an unidentified Black student, who was not registered in Corlett’s critical thinking course

Maybe this black student is just saying what we could say if we could. But being black, he’s allowed to make it stick.

Maybe he thinks all this race baiting is garbage and saw a way to shut it down. Good on him.

True. He may well want it, but I am optimistic enough now to think that won’t happen. It’s less likely to happen if people can stop making promises that can be viewed as legally actionable, like declarations of structural racism, land acknowledgements,etc.

The endgame of this was intended to be legal action, lawsuits, legislation, once the words cannot be taken back. “You said this, OK now give us that!” But that was sort of hidden, intended as a surprise. They know reparations even greater than what’s already being done will not be done willingly, so their intent is to do it slyly.

The general revulsion against BLM (it’s now a bad word, used to be a good one) and keeping Harris out of the Oval Office mean we can come out of this without granting their “demands”. I think so anyway.

So many snowflakes out there–I worry for the country

In Brandon’s Amerika whitey is not allowed to say or do anything that might in any way offend a member of the favored races and genders. Punishment will be swift and severe. Most especially if the offending cracker identifies as a traditional male.

For there to be ‘social justice’ in Brandon’s Amerika the oppressors must become the oppressed. Severely, ruthlessly, and mercilessly oppressed.

My observation, the student in question was sent to monitor the Professor. Then report him. Once again this is exactly how Mao’s cultural revolution worked. An almost 60 year old
playbook still used today. SMH

Meanwhile many young people in the Black community sling the n-word around as if it’s a proper noun.

Before demanding respect, the Black community must first respect itself.

San Diego State U., proof that you can’t fix stupid.

The next thing you know, they will be teaching a nuclear physics course without mentioning the word uranium.

Here again we have ONE ignorant black student who is “offended”! Anyone want to bet the “offended” has multiple (c)rap recordings that FEATURE the “offending term”?? I’ve posted many times on articles like this – if it’s THAT OFFENSIVE then NO ONE SHOULD USE IT — in PRINT, In (c)rap recordings, or even Vincent Tarantino Movies!! Stand up like the King when he declared “The Name of MOSES shall be STRICKEN from all records, all columns, and never to be SPOKEN again”! You can’t have it both ways like you have for CENTURIES!

When we allowed this double standard this was bound to happen.