A lot of information floating around out there. From what we can tell the administration building is on fire and the reactors are NOT like those in Chernobyl. 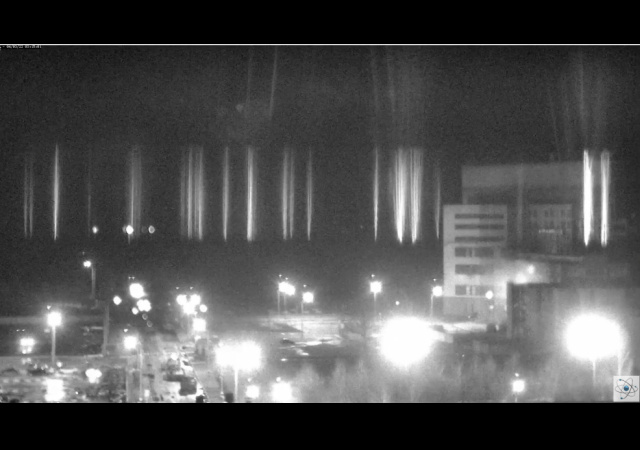 Russian forces opened fire on the Zaporizhzhia Nuclear Power Station early Friday morning local time. The spokesperson of the plant said “there is no threat of radiation spread.”

❗️According to Andrey Tuz, spokesman of the press service of the nuclear power plant, there is no threat of radiation spread.

Zaporizhzhia is located in Enerhodar, which is 423 miles south of Kyiv in the Zaporizhzhia Oblast.

This is a video of the shelling when it started.

President Zelensky himself just posted this footage of the shelling and subsequent fire it caused. Spokespeople for the plant say there’s been no radiation leak. https://t.co/qaW4iCiS82 pic.twitter.com/E3XXuRcxS8

He had received no information about elevated radiation levels

No other verified info available

I do not know much about what is going on because who knows who is telling the truth. For instance, a retired nuclear scientist countered Ukraine’s foreign minister.

None of the reactors at Zaporizhzhia is likely to explode in the way Chernobyl did.

But Russians must move away from the plant. https://t.co/XvnTKHL85b

Some others and I have more or less figured out where this is at the plant. Now to figure out what functions the various buildings serve.

The containment will protect against some of that. I doubt that the reactor building can catch fire. If you know about reactors, this is a VVER, not an RBMK, and the fuel is oxide in metal sheathing, not in graphite.

Because these are a totally different kind of reactor. Chernobyl #4 had a particular flaw that led to its explosion.

For context on the ground map, the view on camera has been approximately here in these directions, showing administrative buildings on the left (south) on fire after significant gunfire. The reactors themselves are north, the other direction; red topped buildings. #Zaporizhzhia pic.twitter.com/puwxHKExpw

Short thread on the dangers of the fire at Zaporizhzhya NPP.

As of 8am this morning, according to Ukraine's regulator, three of six reactors were connected to the grid; the other three were offline. However, ALL the units will need cooling if they have any fuel inside. (1/n) https://t.co/So4aJEKbJz

A fire could damage the connection to the national power grid (if it was still intact after the shelling). It could also threaten backup power supplies (including emergency diesel generators and diesel supplies). (3/n)

Without cooling, there will be a meltdown–precisely what happened at Fukushima in 2011. The meltdown there was accompanied by explosions in three units (IIRC) caused by hydrogen (produced by water being split as the fuel cladding burnt).
(5/n)

Russia must stop all operations in the vicinity of the plant (say within 50 km) immediately and allow Ukrainian operators and emergency services to deal with the situation. No ifs no buts. (7/n)

Here's my analysis of the risks from last week, which unfortunately holds up well. (9/n)https://t.co/b5TG5B8pR6

Oh my, that seems a bad tactic….
Or, did someone get their Op Orders mixed up, and they were supposed to shell Chernobyl and capture Zaporizhzhia?

Shelling a large nuclear power plant seems like the height of arrogant stupidity. What do they hope to gain by causing radiation leaks and possibly a meltdown?

Sadly, you may have answered your own question.

Maybe they’re trying to get the price of their oil back up.
Goddamn capitalist Russians.

It does not matter if this is stupidity or intentional, it will galvanize the world to make Putin and Russia in general a target for severe sanctions, maybe including intervention of a violent nature.

I think the chances it is not intentional are slim to none, but had Putin’s approval. IMO he is making an indirect reference to nuclear weapons and that the region could need fossil fuels from Russia even more than it does already. While a Western embargo on Russian goods was already possible, how much good does it do if China buy much of what the West does not buy?

Pretty sure the Russians did t do this
The globalist are trying to get America to take military action and nothing like bombing nukes to point the way.

I wonder if the Ukranians would be willing to demilitarize the power plant, and remove all soldiers stationed there.

This supplies 20 percent of Ukraines power. Russia wants to control it, but shutting it down might be their objective.

At least until the next election when he’ll have more flexibility.
It’s probably going to take a lot of pressure on the roooskie oligarchs to get them to take action against pootin.
Or as oblunder told us:

Obama Tried to Warn Us: ‘Don’t Underestimate Joe’s Ability to F— Things Up’

My first thought was they were trying to force blackouts since this plant supplies about 20% of the country’s power. However, it was only an administrative building and not one of the six reactors.

John Kerry, golden by Democrat standards and former Sec. of State, made this brain dead statement in reference to the Ukraine invasion by Putin’s Russia Army:

“It could have a profound negative impact on the climate, obviously. You have a war and obviously you’re going to have massive emissions consequences of the war,”

Of all the tragic things that are happening and affecting every part of the globe, is this the best he can come up with?

While not as safe as a CANDU reactor design, in a VVER the (water) coolant is also the moderator which allows the nuclear reaction to occur. A catastrophic loss of coolant also stops the nuclear chain reaction, making a meltdown essentially impossible.

The only thing I know for sure is we are getting lots of misinformation about the war.

I find it immensely disappointing how many people lap up the globalist propaganda.

Putin has been reportedly in isolation for the past few months. Covid is offered as the reason. Is he maybe in a nuclear bunker? This guy is nuts.

Soooo- they are sending in Kamala Harris, Border Czar, to de-escalate a world-ending conflict with the nuclear-armed rogue state? Asking for a friend

Ask yourself a few questions: have you heard the name of this Nuke plant before yesterday? Had any talking head of the msm put this on their cute maps? Why not?

This plant is an obvious target to seize. Why are the msm displaying this event like a card sharp pulls an ace from their sleeve? As if it’s some sudden, shocking thing that surprised everyone?

This is a propaganda play designed to continue and reinforce the narrative: ‘Scary, crazy Putin, Nuke plant meltdown like Chernobyl, environmental catastrophe, Ukraine = good guys send $, send arms, send sons and daughters, enforce no fly zone, be willing to pay $6 for gas to support our ‘values’ and so on.

It’s ONE round, that is very clearly an illumination flare, NOT an explosive.

I am so sick of the blatant propaganda.

Right? I want my propaganda to be at least slick enough to trick me long enough to make me think about it. This obvious disinformation just makes me pity people who buy it.