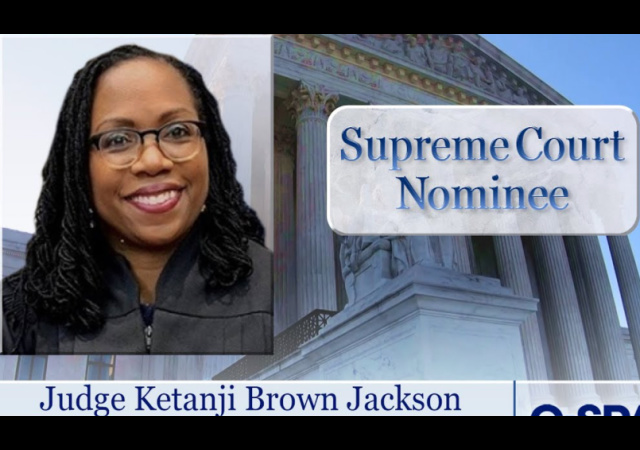 Judge Ketanji Brown Jackson faced 12 hours of questioning on Tuesday. She ended the night not being able to provide a definition of “woman” or knowing when life begins.

Welcome to Day 3, which will likely last another 12 hours.

During exchange on sentencing guidelines, Judge Jackson to Sen. Josh Hawley: "I've answered this question and I'll stand on what I already answered. pic.twitter.com/8ROs8cBpOf

Judge Jackson to Sen. Hawley: "That's my answer. I've answered it many times. Do you have other questions for me?" pic.twitter.com/u7ju12lOl5

Sen. Josh Hawley on a child pornography sentence: "Do you regret it?"

Judge Ketanji Brown Jackson: "What I regret is that in a hearing about my qualifications to be a justice on the Supreme Court, we have spent a lot of time focusing on this small subset of my sentences…" pic.twitter.com/8WrOpsLl83

During the question-and-answer session, Mr. Graham argued for harsh sentences to deter viewing of child pornography and challenged Judge Jackson over the notion that people who collected illegal images on the internet could get potentially lighter sentences than people who collected it through the mail. He repeatedly talked over Judge Jackson’s answers, with Mr. Durbin then asking him repeatedly to let her finish her answer. Mr. Graham countered that she was filibustering.

“Your view of how to deter child pornography is not my view,” Mr. Graham said to Judge Jackson. “I think you are doing it wrong and every judge who does what you are doing is making it easier for the children to be exploited.”

Judge Jackson has defended her sentencing record against accusations she was too lenient, pointing in part to the need for discretion in such cases.

“What we’re trying to do is be rational in our dealing with some of the most horrible kinds of behavior,” she said. “This is what our justice system is about.”

Are You Sentencing Criminals?

SEN. @JohnCornyn: "[When] you accuse someone of a crime, are you accusing them of being a criminal?"

Sen. @LindseyGrahamSC: Do you believe illegal immigrants should be allowed to vote?"

Judge Jackson: "Under our laws, you have to be a citizen of the U.S. in order to vote."

Graham: "So the answer would be no?"

Jackson: "It's not consistent with our laws, so the answer is no." pic.twitter.com/2qD0xjFbhK

Sen. @LindseyGrahamSC: "Can an unborn child feel pain at 20 weeks in the birthing process?"

“My Moma said, Picking a Supreme Court justice is like a box of chocolates. You never know what your gonna get”. — Forest Gump

Well, after sampling a couple, I think this box is rotten.

Here’s a really good question to ask this lunatic: “What is a ‘traitor'”?

I can tell a ladies room by the pastel colors, flowers on the wallpaper, and frilly drapes.

I just love her pancakes, but I do wish Biden had nominated Mrs Butterworth instead.

Too conservative same with Uncle Ben. I hear the Land O Lakes butter woman is available, she needs a new job.

The Marlboro Man is also available. But Biden thinks it was a Lucky Strike when he found Ketanji Brown Jackson.

Marlboro man is white. Not a chance.

I’d walk a mile for a Camel. Because I’d rather have a camel on the Supreme Court than this loser.

Peabody: a camel but not a Kamela?

Kamala would need to be garnished before she could be considered—preferably with a sprig of parsley..

This woman is lying like a rug. She’s up there telling whopper after whopper and unfortunately, no one has the courage to call her out on in. She can’t define a woman because she’s not a ‘biologist?’ She’s not certain what critical race theory is other than it’s only taught in some law schools? She was unaware it was an integral part of the curriculum of the school in which she was a board member (and I believe her kids attended)?

According to the Bee, today’s hearings were postponed when Ms. Jackson was unable to identify a Ladies Room.

So until a qualified biologist or she herself clarifies the issue, she should no longer be referred to as the first black “woman” nominated to the Supreme Court. Safer to use the CRT term “first bleeder of the African-American persuasion” to be nominated.

Dark days for women (whatever THAT is).

Darker days ahead for our nation if this lunatic becomes a Supreme Court justice.

Can you just imagine how many OTHER lunatics like this woman are infesting our courts, working their way up?

Setting her obvious far left ideology aside, it’s clear from these hearings she’s not the legal savant many made her out to be. IANAL and even I’ve heard her make a couple of comments that were simply factually inaccurate; she got the jurisprudence wrong.

I don’t like Kagan. But, there is no questioning Kagan’s competence as a lawyer. She’s hugely intelligent. I don’t like Sotomayor…and that dislike is exacerbated by the fact that Sotomayor isn’t up to the job, intellectually. Brown Jackson sure feels like she’s going to comfortably walk in Sotomayor’s shoes.

Where are the libs who thought Harriet Miers was unqualified?

This person of unknown sex is so dumb, it should not be a judge in any court.

Talk about an embarrassment, can’t even answer the simplest of questions…which was the Dem’s plan: “You’re in, just tap dance through the questions and we’ll make sure to get you the seat…for life.”

‘Course, if some guy identifying as a gal suddenly came out of the woodwork, and as a guy had clerked for this Lightweight but says he was repeatedly sexually harassed by Ms. Jackson…we’d be watching Dem’s do cartwheels to save her. Then again, maybe she could just state that Mondays, Wednesdays, and Fridays she identifies as George Floyd, cover all the bases.

She is a train wreck about to happen

And the populace of the United States are the passengers.

Run for your life.

at least she admitted that she was a woman today, huge advancement

How would she know? She’s not a biologist.

Ask her to define “racism”. And ask her if Elon Musk is an African-American

Proof that Affirmative Action puts unqualified blacks in positions at which they cannot or will not actually perform.

in todays questioning of character witnesses, Whitehouse is asking the Alabama Attorney General about Jan.6 and his possible involvement.
We all know he is a buffoon but how the so called good people keep him in office is beyond belief.