Former CNN Chief Jeff Zucker to Get $10 Million Settlement, Agrees Not to Sue

Former CNN Chief Jeff Zucker to Get $10 Million Settlement, Agrees Not to Sue

“if WarnerMedia keeps their side of the deal, in the next week to 10 days, Zucker will receive a one-time payment of around $10 million” 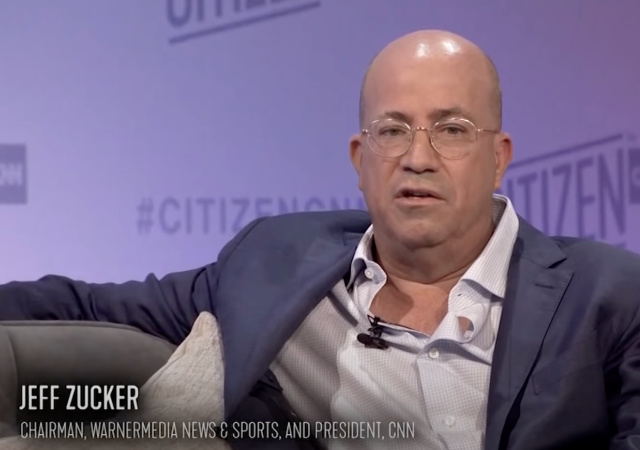 CNN’s former president Jeff Zucker is getting a major golden parachute from his former employer, with the agreement not to sue them.

It’s a pretty good deal for a man who basically destroyed the network’s ratings and brand.

Former CNN boss Jeff Zucker has reportedly agreed to a deal with CNN parent company WarnerMedia over his swift exit from the network that will award him roughly $10 million in exchange for not suing after being forced to resign last month.

“Details of the confidential package are obviously being kept close to the vest, but sources tell us Zucker made the decision several weeks ago to accept what had been put on the table by his old bosses at the time of his cable news exit. What we do know is that, if WarnerMedia keeps their side of the deal, in the next week to 10 days, Zucker will receive a one-time payment of around $10 million,” Deadline’s Dominic Patten and Ted Johnson wrote, citing “sources.”

Zucker was showered with praise from CNN’s biggest stars when he was shown the door on Feb. 2 for what was initially chalked up as a consensual relationship with fellow CNN executive Allison Gollust that was never disclosed to the company. CNN staffers and outside observers alike never bought that explanation, as their relationship was said to be an “open secret” throughout the media industry.

Allison Gollust, who was not only Zucker’s lover but his strategy partner, was also given some parting cash.

With the relationship between the now both divorced Zucker and Gollust an open secret in media circles, his departure stunned a number of CNN anchors and correspondents, who confronted Kilar in staff meetings about the circumstances of his exit. Some of the on-air talent believed Zucker has fallen victim to cutthroat corporate politics for what they saw as a mere infraction. One CNN anchor, Alisyn Camerota, even said on air that Zucker’s departure “feels wrong.”

Gollust, who then also resigned, pushed back on Kilar’s statement, arguing that what transpired was an attempt to retaliate against her “and change the media narrative in the wake of their disastrous handling of the last two weeks.” She and Zucker retained a crisis communications rep, who has denied that they were not forthcoming with the third-party investigation.

In aftermath of Gollust’s exit, she was paid $1 million by WarnerMedia as part of the schism, sources tell us.

These two were rewarded for manipulating news, propping up Andrew Cuomo while he was allowing seniors to die in nursing homes. They truly deserve each other.

He’s the model they used to draw Homer Simpson.

The real scandal is that someone decent looking was actually attracted to this mug.

They weren’t, they were just good at faking it. Women have been riding ugly sugar daddies like him to the top for thousands of years.

It’s his charm. And, his ability to Make Things Happen. See Willie Brown and Kamala Harris.

Wow. $10 million for violating the sexual harassment standards that he administered. What a payoff!

Yeah, if you schmooze your way into a job where your silence through an NDA is very valuable for a brand then you can make a lot of cash as a hustler even if it was your own fault.

Hey, I’m perfectly happy not to sue CNN and keep my mouth shut, too.
Where’s my $10-million?

Life as a member of America’s ruling class.

The Declaration of Independence only temporarily put an end to elitist aristocracy in America.

And contrary to political propaganda, it’s still alive in Europe and never really went away.

What has changed is it’s sometimes not an automatic birthright. Though it still often is. Having the ‘correct’ political views, however, is now a pre-requisite.