Disease spreading as humans are taking their canines out to socialize in a post-pandemic world. 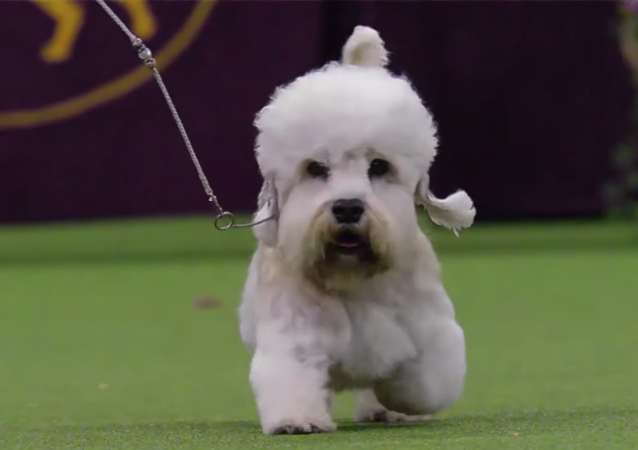 Just as the pandemic panic related to covid is winding down for humans, warnings are going out in Southern Florida about a highly contagious dog virus.

Miami-Dade County Animal Services has issued a warning for dog owners about taking your pet out in public, as a highly contagious virus is spreading throughout South Florida, and it could put your dog in danger.

When the sun is out in South Florida so are the dogs​.

But now, Miami-Dade County Animal Services is warning pet owners to be cautious of a disease that can be dangerous to dogs.​

“Basically, I’m trying just to be careful,” said dog owner Susanna Fernandez. “Not letting them drink from the fountain.”

The disease is Canine Infectious Respiratory Disease Complex (CIRDC), which is sometimes called dog flu, canine flu, or kennel cough. It is reappearing….because humans are back to taking their dogs out to socialize in this post-pandemic world.

Its symptoms include congestion, coughing and a runny nose. Some dogs will also develop kennel cough. Health officials are seeing more cases of CIRDC in dogs from pet stores and shelters, and vets say they are seeing this disease spreading quickly at dog day cares and dog parks.

One veterinarian says a disease like CIRDC is actually expected, especially because so many people bought dogs during the pandemic and are now bringing them out more. The best way to keep your canine companion from getting sick is to avoid gathering with other dogs, keep them up-to-date with their vaccines and make sure you’re taking them to the vet regularly.

One dog owner, though, says he’s not going to keep his dog sheltered because of it.

“Absolutely nobody would like their pets getting sick and dealing with the thoughts of that afterward, but I think if people are watching the dog, picking up after them, just promoting clean atmosphere, I think an outdoor park like this, even though you have that small concern… it’s a benefit for the pets to get out,” said Fort Myers resident Ronald Young.

Dogs of any breed can get CIRDC. Many pathogens cause it, and there are no current vaccines to prevent infection.

Veterinarians most commonly diagnose CIRDC after a dog’s owner notes a sudden onset of coughing, sneezing, or discharge from the nose and/or eyes. Disease may be diagnosed after multiple dogs have a sudden onset of these signs shortly after being together in a common area (e.g. outbreak).

If you have a “social” dog that goes to the dog park, off-leash areas or ever spends time in a kennel, they need to be vaccinated against this disease.

Our Labrador caught this once (even though he was vaccinated) and while it wasn’t a huge deal, having a 100lb dog sneezing all over the place gets real messy real fast.

“Dogs of any breed can get CIRDC. Many pathogens cause it, and there are no current vaccines to prevent infection.”

Whoops, I guess I should have read to the end. I saw the bit “…which is sometimes called dog flu, canine flu, or kennel cough”

There is most definitely a “kennel cough” vaccine. Well, either that or my vet has been ripping me off for the past 20+ years.

Its a bordatella vaccine, which is, according to my vet the most common cause of kennel cough, which is not life threatening.

Its a doggy cold. No something to panic about.

In a world where Milhouse must be 100% right IN BOLD, he’s half right and half wrong.

Distemper and Bordetella are preventable by vaccine. Other causes are less common but cause the same symptoms…hence falling under the umbrella of “kennel cough”.

Hey, doofus, all I did was quote the post. Therefore by definition I was completely right. The post may be right or wrong; I expressed no opinion on that.

Devil is in the details Morose Milly

Must you be so mean? This site is for people who can disagree without being disagreeable.

Kennel cough is an umbrella term for many different pathogens that cause similar symptoms. The vaccine only helps certain ones and you never know one your dog has. It’s easily treated so I don’t bother with the vaccine.

Yeah, this isn’t true. There certainly is a vaccine for canine distemper, it’s part of a 5-way you can buy at Tractor Supply.

This “complex” sounds like “common cold” — an umbrella term used to describe myriad different actual infections, some of which in fact have specific vaccines, but mostly not.

Please don’t say things like that. You’ll get taken seriously by at least three governors I can think of.

Moderators: If you can’t fix the pop-up and blocking the article situation with your advertising, could you at least get rid of the ones to show us pictures of heavily used Q-tips with earwax on them, or diseased hearts? Thank you some of us read at the dinner table.

They’ve been really good about blocking the recent Costco-level ad-buy by the Marxists propagandizing against the convoy, Putin, the 1/6 defendants, and the filibuster.

As much as I understand the need for LI to support itself – or at least pay its hosting costs – the ads are a seizure-inducing shotgun blast. I use an ad blocker and never see them.

Be sure to wash your paws or use paw cleanser. No humping in public and do not share your bone with other canines.

Don’t share your bone? Now you’re taking all the fun out of it.

What’s “two weeks to flatten the curve” in dog years?

Three minutes to hump the baby.

The only way to flatten the curve is to have Stacy Abrams stomp on it.

How will my dog get out to vote now?

I need another ballot delivered to my house!

Next thing we know, Fauci’s dog is on tv, calling for lockdowns.

And we find out the dog was given bones by Pfizer.

And we find out the dog was given bones by Pfizer.