Branco Cartoon – Off The Charts

Branco Cartoon – Off The Charts 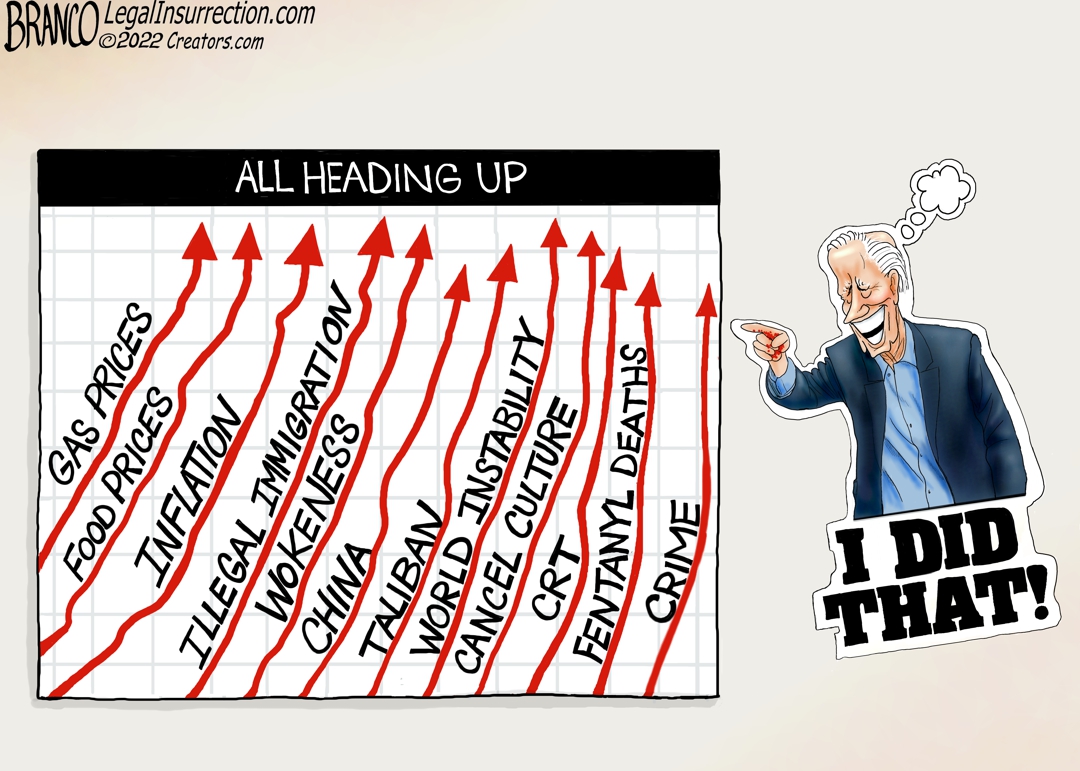 But Donald Trump had to go by any means necessary? Just so we could be forced to live with ‘Sell Out Joe’. What a country.

If the adults are in charge now, I say bring back the kids. I can live with a mean tweet or two as long as the policies are good. What we are going through now is absolute lunacy.

Amen! Not ‘lunacy’ though. I’m thinking closer to just plain evil. There is purpose behind all this.

What a great country it used to be—pre-JoeBiden.

The passage of time will increase the significance of this chart

Two cops were killed this past month in Wa. There’s an old viral video of two shit stains standing outside the police department in Everett (where the most recent one was killed) verbally berating the cops as they go in and out. Apparently they were there doing that in spades right after the latest cop died.

These deaths are a direct result of Inslee emptying the jails and Furguson lynching the police and the legislature enacting new use of force rules that all but instruct thieves to flip off law enforcement while speeding away (cops can’t chase unless its murder they know who did it).

If the criminals weren’t already stealing the saws-alls at record rates, I’d get a cube van full of them and give them away to the homeless in blue cities here. Saw away bastards- this is what you get for voting the way you did.

Driving home on Saturday night- we saw at least 3 guided missiles. Speeding 90+ probably stolen and high. Even in the middle of the day it’s GTA. We went out to dinner last night and for 45 minutes I watched as not a single productive member of society walked by on the street- all homeless drug addicts going to and from the tent city nearby.

You are thinking of moving?

Not “thinking” – we are. Timeline is not soon enough (1 year) but also too soon (aging family). My family’s roots here go back a century.

Too bad Branco didn’t have a larger pallet – he could have put the likes of democrat funders like Bezos, Gates, Google, etc. in the background getting richer during all the misery Biden is doling out.