“There is a requirement now for ACLU lawyers that before they take a case defending someone’s free speech, they have to make sure that the speech doesn’t offend or threaten other civil liberties values” 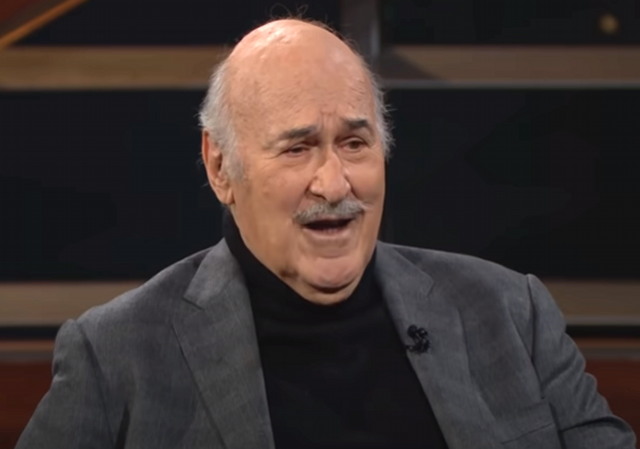 This is a great interview from the Bill Maher show and Glasser makes some excellent points. Naturally, Bill Maher uses the opportunity to bash Republicans a few times, but just tune that part out. Focus on Glasser.

The former head of the American Civil Liberties Union has ripped the group for no longer defending all free speech — claiming it now cherry-picks cases that fit a new “progressive” agenda.

Ira Glasser, the ACLU’s executive director from 1978 to 2001, bemoaned the group for recently changing its guidelines to limit the rights it fights to uphold.

“There is a requirement now for ACLU lawyers that before they take a case defending someone’s free speech, they have to make sure that the speech doesn’t offend or threaten other civil liberties values,” he told Bill Maher on Friday.

After pausing to make a confused expression, he continued, “In other words, before they’re gonna defend your free speech, they want to see what you say.”

“That’s the ACLU? No, that’s the government!” he insisted.

“The ACLU has become … more of a political partisan, what they call ‘progressive’ organization,” he said.

The ACLU has always been nothing more than an arm of the radical leftist puke agenda.

The only thing that’s changed is they’re not trying to hide it anymore.

The ACLU has always been biased toward leftist ideas. For example, they have consistently refused to back the 2nd amendment. They will back a woman’s right to have an abortion (not in the Constitution), but they will refuse anyone the right to self-protection under the 2nd amendment.

The ACLU used to defend certain rights scrupulously, and pretend others simply didn’t exist. But you could depend on them for the First, and the Fourth, and the like… so in that way they were at least as reliable (though not as honest) as, say, the NRA, who may have defended only the Second, but freely admitted that was their only focus.

It was a great day for the classical liberalism of Voltaire when the ACLU defended the Nazi Party’s free-speech right to demonstrate in Jewish Skokie. I was proud of them and proud of America on that day, even though I had zero sympathy for any of the views of the Nazi Party.

Today, the ACLU’s hypocrisy is complete. We can’t even trust them any longer on the First and Fourth. Keep your powder dry, homies.