“Joe Rogan has found himself in the crosshairs of many of America’s most powerful institutions.” 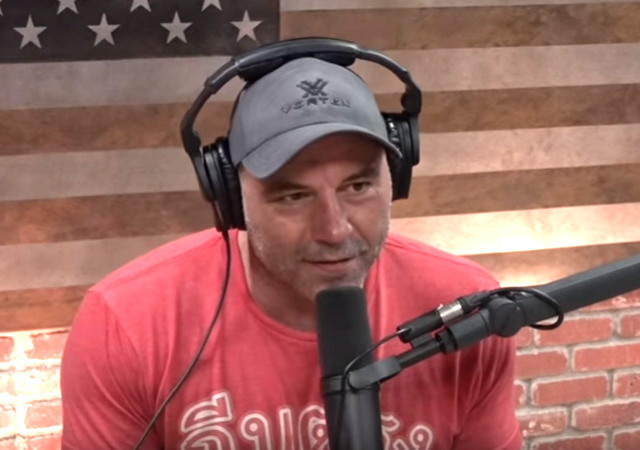 Look closely at who is invloved in the attempt to cancel Rogan. It’s a coalition of left-wing activists, celebrities, the media and the government. This is a dangerous threat to free expression.

The Blue Stack Strikes Back

Joe Rogan has found himself in the crosshairs of many of America’s most powerful institutions. Although he has long been a thorn in the side of progressives who object to his free-wheeling conversations on America’s most popular podcast, the latest controversy was kicked off by an open letter penned by 270 doctors, health care professionals, and academics who complained about interviews in which Rogan and his guests express skepticism about COVID vaccinations. The letter’s authors demanded that Spotify “immediately establish a clear and public policy to moderate misinformation on its platform.”

Although they represented a tiny portion of America’s medical professionals, these public health activists were able to win widespread coverage from the mainstream news media, with only minor protest from conservative media, which pointed out that more than two-thirds of the letter’s signatories were neither medical doctors nor doctors of osteopathic medicine.

This activist-media alliance soon won support from a third group: major celebrities. The countercultural musician Neil Young announced that he would be pulling all his music from the Spotify streaming service in protest of Rogan’s presence there. Despite his longtime support for free expression and his own scientific skepticism—he dubbed his 2006 antiwar concerts the “Freedom of Speech Tour,” and remains an ardent opponent of the use of GMOs in food— Young effortlessly slotted himself into the new progressive censorship machine. Soon after, singer Joni Mitchell and rock musician Nils Lofgren joined in.

The U.S. government, forbidden by contemporary constitutional law from simply censoring Rogan itself, dispatched Surgeon General Vivek Murthy to reinforce President Joe Biden’s message imparted last year that social media platforms are “killing people” by allowing too much freedom of speech about the pandemic, the virus, and the vaccines.

“…the latest controversy was kicked off by an open letter penned by 270 doctors, health care professionals, and academics who complained about interviews…”

“A quick inspection of the letter’s signatories reveals that the majority are not legally permitted to practice medicine unsupervised, while a significant number are not even direct medical providers… The range of credentials among the signatories includes: 82 medical doctors (MD), five doctors of osteopathic medicine (DO), more than one dozen nurse practitioners, nearly 100 Ph.D.s and Ph.D. candidates (most of whom are professors), registered nurses, veterinarians, a dentist, a psychologist (which is different from a psychiatrist, which requires an MD), physicians’ assistants, a biochemist, master’s students, research associates, pharmacists, a “COVID-19 laboratory supervisor,” medical students, public health advisers, teachers, engineers, social workers, and even a podcast host.”