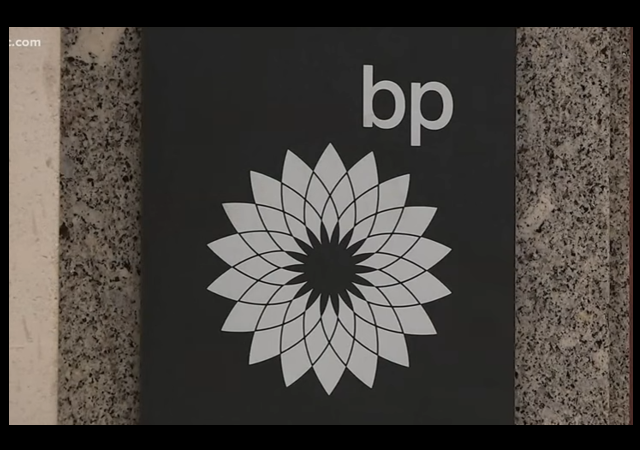 As Russia’s attacks on Ukraine continue, British energy giant BP announced Sunday it was offloading its 19.75% stake in Rosneft, a Russian-controlled oil company.

BP is abandoning its stake in Russian oil giant Rosneft in an abrupt and costly end to three decades of operating in the energy-rich country, marking the most significant move yet by a Western company in response to Moscow’s invasion of Ukraine.

Rosneft accounts for around half of BP’s oil and gas reserves and a third of its production and divesting the 19.75% stake will result in charges of up to $25 billion, the British company said, without saying how it plans to extricate itself.

“I have been deeply shocked and saddened by the situation unfolding in Ukraine and my heart goes out to everyone affected. It has caused us to fundamentally rethink bp’s position with Rosneft,” BP Chief Executive Bernard Looney said.

The chairman of BP indicated that holding the Russian assets was not in line with the company’s “business and strategy.”

BP chair Helge Lund said that the company had operated in Russia for over 30 years and worked with “brilliant” colleagues there.

“However, this military action represents a fundamental change,” Lund said in a statement. “It has led the BP board to conclude, after a thorough process, that our involvement with Rosneft, a state-owned enterprise, simply cannot continue.”

Lund said the Rosneft holding was no longer in line with BP’s business and strategy.

The $25 billion of possible loss includes the impact of selling the Rosneft stake, valued at $14 billion, plus a significant expected charge related to foreign-exchange losses. But there is more: BP relies on Rosneft for roughly one-third of its oil-and-gas production.

It is unclear how BP will exit the Rosneft stake during a tumultuous time for Russian companies, which face a growing array of sanctions and limits on their ability to access the global financial system. All of that could affect BP’s ability to recover the holding’s full value.

Additionally, British officials put a lot of pressure on BP and accused Rosneft of fueling the Kremlin’s advance into Ukraine.

“Russia’s unprovoked invasion of Ukraine must be a wake up call for British businesses with commercial interests in Putin’s Russia,” Kwarteng said.

But BP is not the only oil company making this decision. The Board of Directors of Norway’s Equinor has decided to stop new investments into Russia and start exiting joint ventures. The firm has been in Russia for 30 years.

“We are all deeply troubled by the invasion of Ukraine, which represents a terrible setback for the world, and we are thinking of all those who are suffering because of the military action,” says Anders Opedal, President and CEO of Equinor.

Early this week Equinor will present a commitment to contribute funding to the humanitarian effort in the region.

“In the current situation, we regard our position as untenable. We will now stop new investments into our Russian business, and we will start the process of exiting our joint ventures in a manner that is consistent with our values. Our top priority in this difficult situation is the safety and security of our people,” says Opedal.

I suspect the moves by BP and Equinor will hurt Russia far more than signing orders to stop vodka sales.

I’m waiting to see what Halliburton will do. So far, nothing.

Beyond consulting arrangements, since 2014 when US sanctions were significantly increased, I’m not sure how invested US oil/exploration companies are in Russia.

Haliburton has a history of ignoring sanctions. My bet is that they are somehow shielded from any sanctions against Russia. Biden is working more with Russia than Ukraine. (Biden recommended to Zelensky that he leave Ukraine. Zelensky’s response was essentially “FJB”) Our leaders are corrupt whores who will lead us to WWIII if they succeed with their knee-jerk plan to surrender fast to Russia. Thanks to Zelensky, we may now witness the take down of Putin by his own government… or nuclear war if they fail to remove him. This isn’t helping China’s hopes for Taiwan.

When this is over, we have to do something about our own whores.

I’ve not been in Russia for 13 years, but when I was there I knew engineers, geologists and executives from BP, Conoco-Phillips, Halliburton, and at least two other companies I cannot for the life of me recall. All were tied up in Rosneft or Gazprom in someway (Lukoil had been recently obliterated). They were heavily engaged there, despite their US and Western European employees treated like garbage. I have a hard time thinking they’re not still involved.

You financed your own demise now you cutting them off but still buying oil from China unloaded from Shop with Russian names. Keep whistling past the graveyard.

Bigger question is will the ruble tank and ruin their economy? Read a short piece the Russians were basically doing a bank run, lots of ATM withdrawals and crypto currency buying. Probably metal buys also.
Ukraine might be hurting, but the Russian people might be in a world of hurt also as this plays out.
Heck maybe even Vlad takes a big hit if he’s got all his money tied up overseas. Saw one estimate he’s worth 60 billion but I’ve never looked to see what the estimates really are on his stolen wealth.