Branco Cartoon – Back To The Future

Branco Cartoon – Back To The Future

Pride comes before the fall 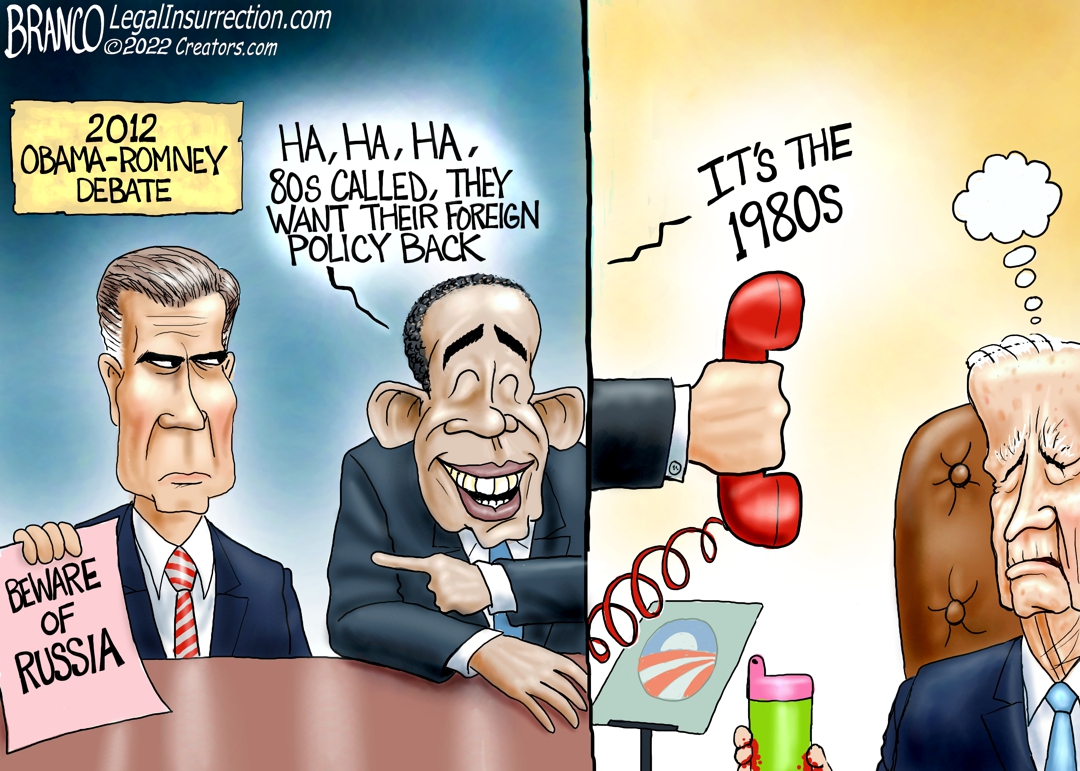 This has to be in the Top Five at year’s end. Outstanding!

I’ll take the 1980’s for $1000 in Jeopardy. Bring back Alex and Ronald Reagan. John Kerry and the greenies are concerned about climate change. Try Nuclear Winter Kerry…. For failing to embrace energy independence and a strong non-woke USA.

Biden and his puppeteer’s wanted this war to distract from his sabotage of our country.

It’s time: we have to start demanding Biden’s resignation. Sure, we’ll get a dumb party girl as president, and if she sucks, we’ll get rid of her, too. But she’s not demented (yet), and will have to be accountable instead of walking away.

But Biden and his puppeteer’s have got to go.

The Party of Chaos Blows Its Cover:
“….let’s be clear about what “Joe Biden” & Co. seek to divert public attention from: the complete implosion of all the narratives that support the “Joe Biden” regime — and the campaign against Western Civ more generally by the sinister likes of Klaus Schwab and his global gang of Great Re-setters, including Bill Gates, George Soros, and many actors in America’s own Deep State….”
https://kunstler.com/clusterfuck-nation/the-party-of-chaos-blows-its-cover/

I think the war brings into sharp relief the fact that Biden is totally incompetent to run the country.

As if that wasn’t already obvious from the Afghanistan withdrawal? or the covid policies? or the out-of-control inflation?

They wanted a distraction from the pedophile-in-chief’s failures and wars make a really good distratction.

Not only distraction. How much does the Biden family profit from the war? And the Pelosis, and the Schumers, and the McConnells, and Graham?

Romney was correct, and his entire attitude and response demonstrated exactly why he was NOT elected, and why he would have been a total and complete dumpster fire of a President.

Yeah, he was right, but when Obama got his little zinger in, instead of pressing the issue, Romney put his head down and slunk away and didn’t bring it up again.

Romney is the kind of garbage fire RINO quisling like Lindsey Graham or Bitch McConnell who will SAY all the right things when there is no pressure, but the second it comes time to actually put effort in and fight for their alleged principles, they cave.

The last 5 years have done a great job of showing just what a piece of shit Romney has always been.

You’ve been on a tear Andrew. Lot of butt hurt on the leftist side.