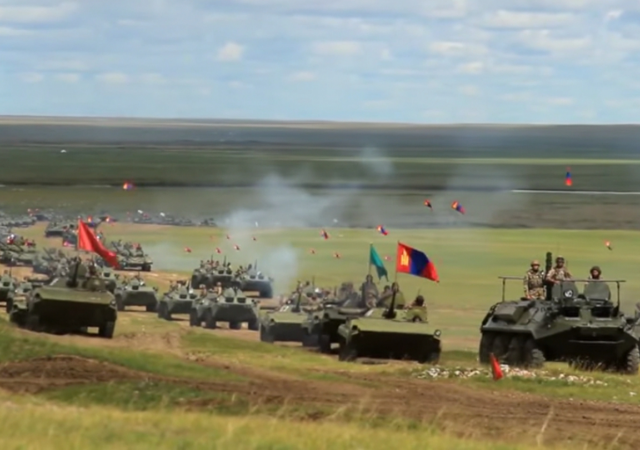 After the disastrous withdrawal from Afghanistan, President Joe Biden’s diplomacy appears to be failing in another conflict zone. The U.S. embassy in Ukraine is reportedly set to evacuate all  “nonessential” diplomats and their families, indicating the worsening of hostilities as Russia builds up military on the country’s border.

“The Department of State is preparing to approve the evacuation of some U.S. diplomats and diplomats’ families from the embassy in Ukraine,” the ABC News reported Friday night.

The State Department move coincides with reports that Russia, too, has began evacuating families of its diplomats at the mission in Ukraine. The measure is seen a prelude to a Russian offensive after weeks of military deployment on the Uranian border.

The Biden Administration is encouraging families of U.S. Embassy personnel to LEAVE Ukraine.

How many American citizens will Biden ABANDON this time?

The situation appears to have escalated after President Biden’s gaffe on Wednesday suggesting that Moscow would not face full-scale sanctions over a “minor incursion” into Ukraine. “Biden set off alarms in Kiev during his first solo press conference in 10 months when he initially vowed that ‘Russia will be held accountable’ if it launches an attack against Ukraine, but then softened his own vow by saying: ‘It depends on what it does’,” the New York Post noted.

Biden was on vacation as Afghanistan fell to the Taliban.

Now as the State Department orders Americans to evacuate Ukraine, he is back on vacation.

In March 2014, Russia annexed Crimea, a strategically located peninsula in the Black Sea, from Ukraine. Moscow has since supported and armed pro-Russian militias wrestling for control of eastern Ukraine.

Russia is ratcheting up hostilities once again, with the U.S. and Western intelligence services warning of an imminent Russian invasion of the former Soviet Republic, after Russia amassed close to 100,000 troop on the border.

Amid the ongoing Russian military buildup, President Putin has demanded the NATO alliance withdraw from eastern Europe. The NATO roll back demand by Moscow would mean that East European countries like Poland and Baltic states would be without a NATO security cover in case of a Russian offensive — very nations Soviet Army invaded under the Hitler-Stalin Pact of 1939.

Russia demands “the withdrawal of multinational NATO battalions from Poland and from the Baltic states of Estonia, Latvia and Lithuania that were once in the Soviet Union,” the Reuters noted.

With tens of thousands of Russian troops positioned near Ukraine, the Kremlin has kept the U.S. and its allies guessing about its next moves in the worst security crisis to emerge between Moscow and the West since the Cold War.

Amid fears of an imminent attack on Ukraine, Russia has further upped the ante by announcing more military drills in the region. It also has refused to rule out the possibility of military deployments to the Caribbean, and President Vladimir Putin has reached out to leaders opposed to the West. (…)

The military muscle-flexing reflects a bold attempt by the Kremlin to halt decades of NATO expansion after the end of the Cold War. In talks with the United States, Russia demands legally binding guarantees that the alliance will not embrace Ukraine and other former Soviet nations, or place weapons there. It also wants NATO to pull back its forces from countries in Central and Eastern Europe that joined the alliance since the 1990s.

Putin has repeatedly asserted that Russians and Ukrainians are “one people,” and says large chunks of Ukrainian territory are historic parts of Russia — arbitrarily granted to Ukraine by Communist leaders during Soviet times.

Amid rising tensions, UK media reports suggest that Putin may be planning a Soviet-style coup to install a pro-Russian government in Ukraine.

On Saturday, the British Foreign Office accused Moscow of plotting to replace Ukraine’s elected government with a pro-Kremlin administration. “Britain on Saturday accused the Kremlin of seeking to install a pro-Russian leader in Ukraine, and said Russian intelligence officers had been in contact with a number of former Ukrainian politicians as part of plans for an invasion,” the Reuters reported.

NEW: We will not tolerate Kremlin plot to install pro-Russian leadership in Ukraine.

The Kremlin knows a military incursion would be a massive strategic mistake & the UK and our partners would impose a severe cost on Russia. https://t.co/XfxSlQqMt9

As Ukrainian armed forces gear up to face a possible Russian offensive, the first shipment of U.S. weapons arrived in Kyiv on Friday. The weapons delivery is part of the $200 million defensive military aid promised by Washington to the beleaguered nation. The shipment contains “close to 200,000 pounds of lethal aid, including ammunition for the front line defenders of Ukraine,” the U.S. embassy said.

While the U.S. arms the Ukrainian front line soldiers, Germany — a key NATO ally — is blocking weapons delivery to the country. “Germany’s defense minister has said that sending arms to Ukraine would not be helpful in defusing the current situation as fears of a Russian invasion continue to mount,” the German public broadcaster Deutsche Welle reported.

Germany is not only refusing military aid, it is reportedly forbidding Estonia from delivering any German-made weapons to their beleaguered neighbor. “Germany is blocking North Atlantic Treaty Organization ally Estonia from giving military support to Ukraine by refusing to issue permits for German-origin weapons to be exported to Kyiv as it braces for a potential Russian invasion,” The Wall Street Journal reported Friday.

This administration has had practice in bug outs, see if they can do better, but I doubt it.

This is literally Obama’s third term: he can hide behind the destruction of Biden, though Jen Pskai finally blurted-out what we already know:

Obama was a monkey, and Soros was the organ-grinder. Biden isn’t even a monkey. But Soros is still grinding the organ, and Obama remains his monkey.

Biden is the weakest President since Jimmy Carter, and Putin knows it. Putin wants to reassemble as much of the Soviet Union as he can. This is his chance to take over Ukraine, with only sanctions as the NATO response.

He already took over part of Ukraine (Crimea and eastern parts), and NATO did nothing except scold “Bad Putin!.”

Yep. It’s already started here in Slovakia with the tired old socialist/communist politicians demonstrating twice last week in front of the US Embassy in Bratislava. It is a good thing they are no longer in power here.

I think your analysis is a little unfair, Jimmy Carter served 4 years and Joe Biden took less than one years to equal Jimmy’s weakness.

In my calculations that makes Biden the weakest ever, although Biden still has time to lose the worst President ever title I am not hopeful, However, I would love to see Joe Biden have a Damascus Road Experience and repent of his sins and bad policies and pray that God would grant him wisdom and the strength to carry out changing his policies!

Fears my butt! Putin read Biden the riot act, and let him know that he was going it. Biden cowered accordingly. #CutandRunBiden

ABC said that “they would be evacuating like they did in Afghanistan.”

I bet that was quite reassuring to the embassy staff in the Ukraine.

Evacuation instead of Fortification. Tells the world everything they need to know about America’s weakness.

Slow down. This is a European issue to solve. We can and probably should help the Nations of Europe to do so. In fact we have already done so by sending aid to Ukraine. Unfortunately the European govts don’t want our help; they seem to want the US to do the heavy lifting while they assist.

The reactions and stance displayed by the European Nations not sharing a border with Russia are not exactly demonstrating a positive of cohesive and determined resolve. Belgium, Denmark and Spain have mobilized, at last count, half a dozen aircraft and one supply ship between them. Germany is refusing the transport of material across or through their borders.

If the Nations of Europe will not act why should the US? It’s one thing to make the argument to stand with them but it’s quite another thing to argue for standing in place of them. Those days are hopefully over.

Biden: “All kidding aside, we will leave no dead bodies behind. No joke.”

What a bunch of absolute fucking amateurs! Im sure Putin is quaking in his boots!

this is a warm-up for what may shortly be happening in taiwan–so long as russian troops(not a bunch of terrorist pawns)do not actually harm/kill any americans, putin will act with impunity and fjb will do nothing

What will Obama do now? Stolen elections have major fall out. Russia knows that the Dems are weak…having to steal an election. They know through Intel and experience how pitiful F Joe Biden is. His new name should be “Abandon Brandon”. As he run to his Delaware basement for meds and maybe a child or two.

I’m expecting a mostly orderly evacuation. At least at first. Then Russians will get in the way gumming everything up.

UKRAINE FOREIGN MINISTRY: “There have been no radical changes in the security situation recently. The accumulation of Russian troops near the border began last April.

Ukraine foreign ministry further….there is no reason for US citizens to leave they are safer here than LA

Biden and the CIA lying…Biden more than happy to get US servicemen killed to protect his grifting pipeline and distract from his disasters here at home. Many which are about to get much much worse.

If you see a Russian in a buffalo-horn hat standing outside Government House’s door unarmed, do not let him in.