The labor participation rate did not budge. This all happened before the Omicron surge. 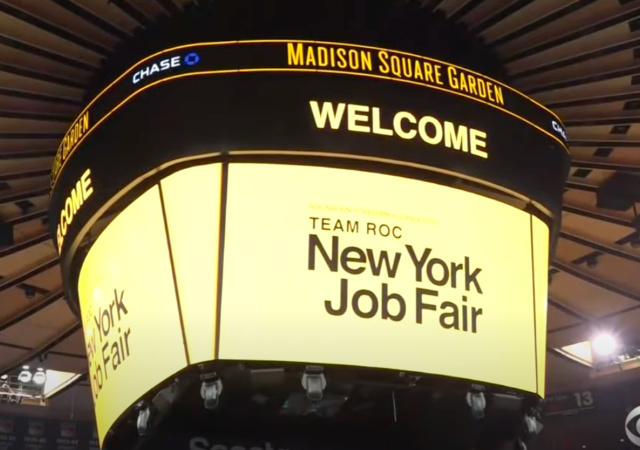 Experts predicted almost 400,000 new jobs in December. I can see that, especially with the holidays later in the month.

(I hope you guys like my jobs reports blogs. I love dissecting financial information!)

But the economy only added 199,000 new jobs and the labor participation rate remained unchanged despite the Christmas season.

Those who want a job and are not in the labor force hardly changed at 5.7 million in December. But there’s more to it:

In December, 3.1 million persons reported that they had been unable to work because their employer closed or lost business due to the pandemic—that is, they did not work at all or worked fewer hours at some point in the 4 weeks preceding the survey due to the pandemic. This measure was down from the level of 3.6 million in November. Among those who reported in December that they were unable to work because of pandemic-related closures or lost business, 15.9 percent received at least some pay from their employer for the hours not worked, little changed from the prior month.

Among those not in the labor force in December, 1.1 million persons were prevented from looking for work due to the pandemic, little changed from November. (To be counted as unemployed, by definition, individuals must be either actively looking for work or on temporary layoff.)

All of this happened before this Omicron Covid surge!

The media has latched on to the unemployment rate, which is down to 3.9% from 4.2%. But you need to look at the entire picture.

The people concentrate on the U-3, which is the total unemployed. The U-6 includes everyone. 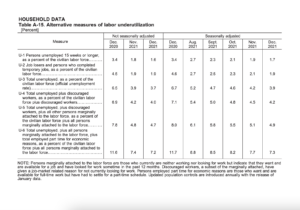 But you cannot smile about the unemployment rate because the economy barely added any jobs. Let’s not forget that 4.5 million people quit their jobs in November.

Overall it is hard to dissect the jobs reports since 2020. I harped on Trump’s administration and I will do the same to Biden because how many of these are actually new jobs and not just old positions reopening? How many of these jobs are because of actual growth and expansion at the companies?

We also do not know the motivations behind people quitting their jobs. Could it be for better and higher-paying jobs? The jobs report had a few positives like hourly earnings increased by 19 cents to $31.13. Those earnings have risen by 4.7% in the past 12 months.

Joe Biden is a crummy president.

199K would be a bad figure if we were coming off a year of the lowest unemployment on record. We aren’t. Instead, we’re in our ‘bounce-back’ stage after a pandemic.

To complicate matters even more, if the economy actually does recover at a pace commensurate with (reasonable) expectations, what’s that going to do to our inflation problem? As bad as things are right now, they could very easily get WAY worse over the next 24-months. Remember, the same people who say we’ll be fine this year are the exact same people who were telling us inflation was ‘transitory’ just a quarter ago.

Earnings are creeping up due to state changes in minimum wage for January and beyond.

Only the lowest are going up and some of their jobs are being eliminated (hence the downtick in unemployment because there are fewer available jobs being offered)…everyone else is in stagflation mode, as predicted by the CBO everyone who has ever taken a serious adult look at minimum wage mandates.

Job elimination is the only way I can think of that unemployment goes down while adding a paltry pile of jobs and having a high quits rate and no change in lfpr.

The entrenched DC bureaucratic machine was so uncooperative even hostile to Trump, often ignoring the Executive Orders he issued, an argument can be made that this is Obama’s 4th-term.

Nobody has any idea what full employment in the US is. Even during the Trump expansion we kept hitting full employment and then another 200K sitting on the sidelines would jump back into the labor pool.

Full employment is when illegals stop coming here because there are no more jobs available.

Are they really coming here for the jobs?

They’re coming here for the $450k one-time checks and the Welfare Checks, FOR LIFE.

And today, he’s bragging about this dismal job report like it was the greatest thing in the world. He’s not only delusional, but his entire staff is right there with him.