The industry saw a 44.5% increase among blacks and 33.2% of females as first-time buyers. 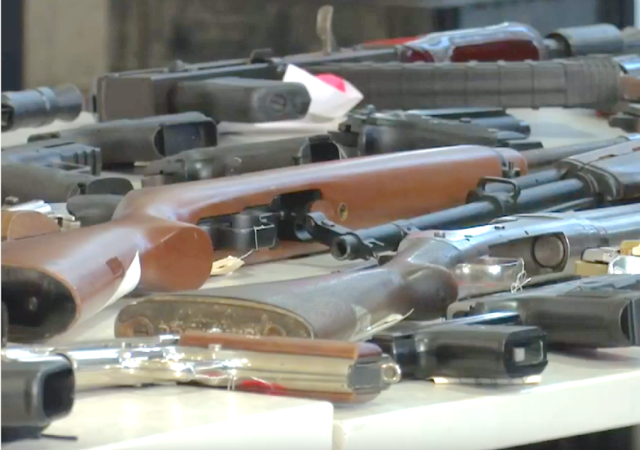 It’s a three million decrease from 2020, but still, an impressive number, especially when you break it down.

People in general purchased more than one gun at a time in 2021.

It gets better because 46.8% of those first-time buyers asked about professional firearm training. Then 43.1% signed up for the classes. It is important to receive training on your firearms, especially if you’re handicapped like me!

The industry also saw a 44.5% increase among blacks and 33.2% of females as first-time buyers.

NSSF President and CEO Joe Bartozzi said: “We welcome these new gun owners to the greater community of law-abiding Americans who choose to own a firearm for lawful purposes, including self-defense, recreational target shooting and hunting. The surveys revealed that new gun owners are continuing to embrace their Second Amendment rights and nearly half of them are seeking out professional training. These trends show that not only is there still a strong interest in gun ownership but also that these new gun owners are interested in learning more about the safe and responsible handling, use and storage of firearms.”

The Economist pointed out that the diversity among gun owners is bad news for gun control advocates. The National African American Gun Association expanded by 25% in 2020.

Many of the newer gun-owners see firearms as an equaliser—a remedy for the vulnerability they feel. The Pink Pistols, an lgbt group, proclaims “armed queers don’t get bashed”. “God made man and woman, but Sam Colt made them equal,” goes a markswoman’s maxim. Women’s gun-ownership has always trailed that among men: women tended to shoot because men in the family did. But Robyn Sandoval, boss of A Girl and a Gun, a shooting group, increasingly sees women buying guns on their own initiative: a third of new joiners to her organisation in 2021 said they were the only shooter in their family.

I have guns for self-defense. I love my revolver and AR.

The writers of the 19th didn’t imagine today’s Karens.

I am still having trouble imagining the Karens!

Or a Joe Rogan getting 11 million views, four times a week, without having to waste a single page of paper!

Or the internet which can be shut down or cordoned off by large swaths of big techopolies a la google, facebook, etc.

It’s mixed news. Brand new gun owners will now require several election cycles to discover how the people they’ve been voting for all their lives are now oppressing them personally. Until they figure that out, they’ll continue to vote for the Usual Gang of Idiots.

If they learn it at all. Remember, standard liberal hypocrisy. “Sure, It’s safe for ME to have a gun. I’m a responsible adult. But you can’t say that about THOSE people.” (those people being any number of groups. Conservatives. Christians. The unvaccinated. Whatever.)

That’s the kind of thinking that keeps us weak and divided. It’s like a conservative moving to Idaho or other “red” state and being told to go back to California. Seriously, what exactly do you want? We have a large and growing segment of the US population who are upset at the same things for the same reasons and yet we can’t get together because of this kind of thinking. We keep losing because we think like losers and can’t envision winning.

Agreed. We should always work with those who are willing to work with us, even on a single issue,. These temporary allies of convenience can help advance the ball.

The 2nd amendment converts are the easiest to bring more fully into the fold through discussions. Big, intrusive govt writing punitive policies and regulations for firearms easily transfers to other topics. A govt which can x can also do y or z, maybe we should have smaller govt?

No offense, but you could stand to take some of that advice, too, in the future.

Nope, the standard liberal hypocrisy fails in this case. All the people who think “Sure, it’s safe for ME to have a gun” are still going to get stepped on every time a new gun law passes. Eventually, it will dawn on them that the left oppresses perfectly good gun owners LIKE THEM, for no good reason. The big question is, how long will it take? No one can tell. It all depends on what laws get passed, and when, and how smart the voters are. We have already proven that there are people incapable of connecting how they vote with how bad their lives get.

“Until they figure that out;..”

As John Wayne used to say, That’ll be the day.”

“Gun control” is leftist language for disarming the citizens. “Criminal control” is how one suppresses crime.

Leftist agenda – Release the criminals and blame the crime on inanimate objects that need to be removed from the citizens who are not committing crime.

The left appears to be “now or never” desperate as their agenda is even becoming visible to the blind, albeit slowly. Better late than never.

the number of women seeking firearms/self-defense training is important–is an example of many women coming to the realization that the police/law enforcement may not be available/inclined to help them in dire circumstances or quickly enough to intervene–many women, like it or not, are on their own–is good to see them taking charge of their personal security

That’s 5.4 million more people buying/hoarding all the ammo they can find which is driving up the cost of ammo when you can find it.

Ammo production has definitely expanded. Lots more reloaded ammo being sold in bulk too these days.

I think during the pandemic lockdown people were bored and wanted to shoot. Now that more are back to work it has become a little bit easier to find…albeit still tough.

Only thing I can’t find is primers. The only primers I can find are small rifle.

That’s the sticking point. The good news is that the free market has finally gotten off its duff and is only now beginning to kick in.

I guess someone besides Biden did benefit from the BLM riots. I wonder if gun manufacturers will revise their advocacy.