It sounds like teachers don’t know how to do their job so it’s easier to remove a book than discuss the themes and teach your students how to critically think. 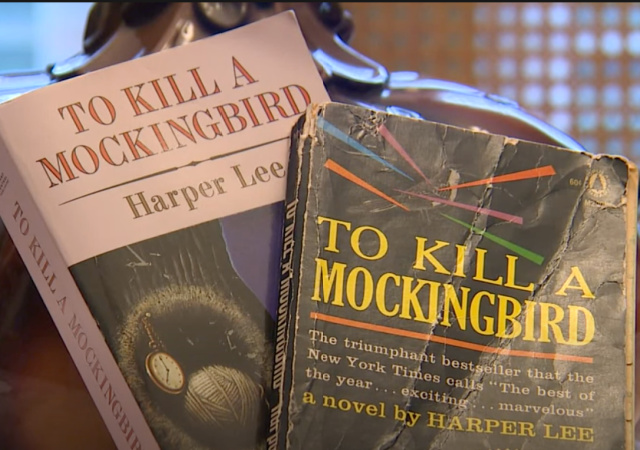 The Mukilteo School Board in Washington voted to remove To Kill a Mockingbird from the required reading list for ninth graders because students complained of racial insensitivity.

(They only removed it from the required list. It’s still in the library and teachers can teach it.)

But To Kill a Mockingbird should be on the required list.

Board member John Gahagan had the most ludicrous explanations and justifications for removing a book that is meant to make you uncomfortable and confront racism.

Gahagan’s comments reveal more about the lack of education than they do about why the book should be removed. From The Seattle Times:

Gahagan said he reread the novel, about a white lawyer’s efforts to defend a Black man wrongly accused of rape, last week for the first time in 50 years.

“It’s a very difficult book and lot of thorny subjects are raised and we felt that some teachers may not feel comfortable guiding their students through it,” Gahagan said. “It deals not only with racism, but it reflects a time when racism was tolerated.

“Atticus Finch, of course is in everyone’s memory the great hero of the book, but in fact he was kind of tolerant of the racism around him. He described one of the members of the lynch mob as a good man.”

I used to teach ninth-grade English. My job was supposed to introduce children to classic literature and how to critically think.

Critically think. If the teachers do not feel comfortable “guiding their students through” a supposed controversial book then don’t teach literature. Your job is supposed to combine literature and history. You teach them the book and about the times the book took place and what is what like when Harper Lee wrote the book. (That is, if she did. Rumor has it that Truman Capote wrote it!)

You are supposed to discuss the themes, language, conflicts, etc.

More from The Seattle Times:

Students and community members also cited the book’s use of the n-word as a reason for removing it from the required list.

“And it never has a discussion of why that word is bad why it is hurtful or why it should not be used,” Gahagan said. “You don’t really get the perspective of the pain that might cause people of color.”

Then teach that to your class! It is YOUR job to lead that discussion in your class. Do you want racism to end? Then shove it in their faces and make them confront it.

If the teachers only teach the book then they are not doing their job (emphasis mine):

School Board President Michael Simmons called the decision “emotionally charged.” He said that ultimately, board members did what they thought was best for students. He said his two daughters both read the book when they went through Mukilteo schools and the issues being discussed now never came up.

“At the end of the day, the recommendation from the instructional materials committee was such that each of us voted to affirm that recommendation,” Simmons said.

You do not just teach the book. Look at what I wrote above. It is the teacher’s job to bring those issues to the discussion table.

If you think To Kill a Mockingbird reinforces racism then you haven’t read the book or you don’t know how to critically think.

A person should come away from the book disgusted by racism.

“You don’t really get the perspective of the pain that might cause people of color.”

Because being unjustly accused of rape is so painless.

So much stupidity in the world. Why is it attracted to the education system so much?

Probably has something to do with the average SAT/ACT score of ed majors being among the lowest on campus. Teaching should be a noble profession, but the brightest and best simply don’t have the stomach or the inclination to deal with all the edubabble and stupidity that doctors of ‘education” vomit out on a regular basis.

It is also well known that stupid people tend to think they are the smartest in the world; the only ones fit to teach everyone else.

Spoken as a father of two teachers. *I* think they are both brilliant. Does that make me stupid-by-proxy?

Sarcasm and silliness aside, remember that this is the 3rd and 4th generation of teachers from the Frankfurt school, communists like Herbert Marcuse (of accused memory!) who were given sanctuary when they fled Germany and allowed to teach in our universities. *THEY* should have been sent right back to Germany! Or swapped to Uncle Joe Stalin (another cursed memory) when possible.

Remove book based on fictional stereotypes. Choose VP or SC justice based on skin color alone. Got it.

The book also undercuts the “believe all women” nonsense the left tries to push on society.

and what of the pain it causes for white people?–have not read the book in years but the film is magnificent–the cast was stellar and the screenplay was able to capture the essence of the novel beautifully and truly

there is a reason the judge chose atticus–because he knew atticus was a man of character, a man of honor, a man who would do the right thing regardless of the consequences–and the judge, of course, was correct

two scenes that stand-out in memory: Jem’s precious innocence when she unknowingly dispels the rage/anger of the mob in the night outside the jail as atticus, again risking his safety/life, stands alone protecting robinson

a scene that taught me that regardless what color we are, our age, our gender, our religion, our station in life, good people/honorable people respect and support one another

I think Scout was the little girl and Jem was her brother. But the movie was probably the best book-to-movie adaptation ever made.

I think Scout was the little girl and Jem was her brother.

you are correct of course–and thank you

And I especially like that scene because of the profound respect shown to her father. In a time when fathers are portrayed as clueless buffoons, it’s very refreshing to see. More so because my own father, though not famous or “important,” was exemplary.

Well, I will say that ninth grade – so 14 year olds – seems a bit young for a book with that kind of nuance. At that age kids are still very much binary thinkers.

That is exactly the reason that the movies Gone with the Wind and Disney’s Song of the South have been canceled. They are too realistic, and they don’t represent the dominant liberal narrative. Never mind that Black people received some of their first Oscars for these great films.

And that’s why I saved the “Song of the South” record that my mom had saved all these many years since my early childhood. I’ll have to dig it out and play it again to refresh my memory.

To be fair, we’re talking about Seattle. They are in the middle of the beginning of the future they voted for and deserve.

Sadly this isn’t Seattle but a rather distant suburban city.

Maybe some reader can provide us with a list of required reading for ninth-graders at the school.

Man, this generation are a bunch of p*ssies. If you don’t see things that are troubling, they you become an adult whose triggered by everything life brings your way.

Because Old Yeller.
Every kid I knew saw Old Yeller.
But that was at least two generations before this.

Can’t wait for MLK to get cancelled.

And he will be cancelled. Judge people by the content of their character instead of the color of their skin? That’s White Nationalism run amok!!

How can you teach anything that complicated to students whose idea of literature is “graphic novels”?

So now they are going after the “How to…” books too. Even in the Dark Ages where there was no public education, you could become an autodidact because there were always books you could read (if you could get yours hands on them). But today…. not even THAT!

I wonder how long ago this district removed Huckleberry Finn from that list, and how many people complaining about this decision supported that one?

I’ve been acquiring hard copies of all the classic books I want to reread and pass along to my nieces and nephews. Because the digital book-burning age is upon us.

When is “To Kill A Sorosbird” coming out? I hear it’s going to be based on a true story….

In order to combat systemic racism and encourage wokeness, we will be removing a book that documents how all it takes is one lie from a crazy white chick to end the very life of a powerless black guy.

Makes perfect sense to me, on Marxist Bizarro World.

…. and that sometimes all it takes to correct is one person to stand up and fight for what is right.

Which I always took as the primary take-away of TKAM.

Ban the book because of skin color, but choose VP and SCOTUS based on skin color and gender. What is our woke society coming to?

“It’s a very difficult book and lot of thorny subjects are raised and we felt that some teachers may not feel comfortable guiding their students through it,”

Then fire them and find someone who can not only understand what the book is about but address the issues head on.

Those same teachers don’t seem to have much discomfort conducting CRT indoctrination. Other than having a white man being a good guy in the story it should fit right in.

That’s OK. At the rate they’re going, none of the students will be able to read anyway. Then they eliminate the entire library.