“The number of deployable sworn Seattle Police Officers Guild (SPOG) members is 880. City officials have previously said the SPD should be at 1,500-1,600, minimum.” 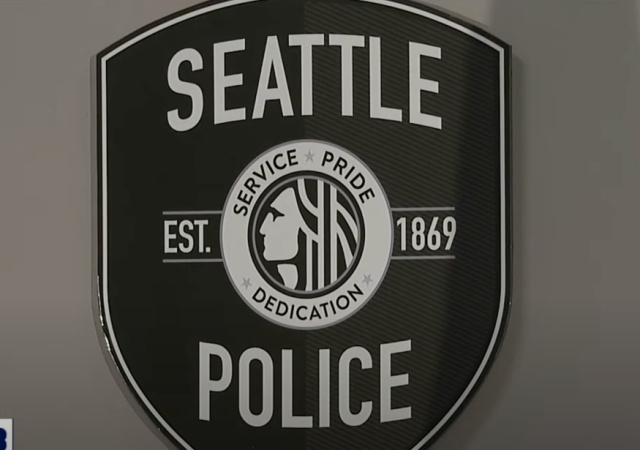 Seattle, WA, has not been the safest and cleanest place in the country after anti-police riots took over in the summer of 2020. Remember when then-Mayor Durkan said they could be experiencing the “summer of love” that year?

Well, the Seattle Police Department said it lost 170 police officers in 2021 due to terminations, retirements, resignations, and deaths.

To make matters worse the department has over 100 officers sidelined due to the mandatory COVID vaccine.

From Jason Rantz at KTTH radio (emphasis mine):

An SPD spokesperson says the number of deployable officers is just “around 950” as the city and region experiences a surge of violent crime. But it is actually much worse.

As of January 10, while there are 948 officers on the force, the number includes recruits not yet sworn (36), students in field training (25), and unavailable officers (between 123 and 187).

The number of deployable sworn Seattle Police Officers Guild (SPOG) members is 880. City officials have previously said the SPD should be at 1,500-1,600, minimum.

“The current state of Seattle Police staffing is off the charts dangerous for our community,” Seattle Police Officers Guild [SPOG] president Mike Solan warns the Jason Rantz Show on KTTH.

Making matters worse, there are up to 187 officers on the so-called “HR Unavailable” list. These officers are on extended leave for a variety of reasons, including injury or military service. But it also lists officers who are using their paid time off — accrued over years of service — before leaving the department. Due to the nature of when these numbers are reported and how often they can change, it will sometimes conflict with numbers reported from SPOG.

Rantz wrote that SPD has to rely “on non-patrol officers to volunteer for patrol shifts just to meet staffing minimums.” Unfortunately, it is not enough because some of the precincts do not have the minimum officers needed “to keep their community and each other safe.”

Solan worries those officers will burn out and cause even more staffing issues.

It also does not help that other jurisdictions have persuaded Seattle officers to leave:

And while the city does little, so far, to change the situation, other departments are recruiting Seattle officers.

“Currently I don’t see a robust plan in place to attract other people to become Seattle officers nor plans to retain our current ones,” Solan said. “What I do see are other jurisdictions rolling out the red carpet with high signing bonuses to entice their future police officers. We all know why this crisis started and it was completely avoidable.”

New sworn-in Mayor Bruce Harrell’s office confirmed he will not rescind the COVID vaccine mandate while admitting the SPD has a staffing issue:

“The mayor has been very clear that he believes SPD needs additional officers to meet national best practices, reduce response times, and ensure thorough and comprehensive investigations. He’s committed to working not only to retain current SPD officers, but also to recruit the next generation,” a spokesperson for the mayor said in an email to the Jason Rantz Show on KTTH.

The spokesperson says Harrell is confident “there’s an opportunity to set a new tone for the City on police and public safety needs to help meet those goals.”

Solan stressed to Rantz that the city needs to tackle the shortage now due to the rise in crime: “Seattle can’t wait anymore. At the end of the day, it is our entire community that is suffering as there are hardly enough cops to answer their calls for help. Seattle is in serious trouble and is worth saving.”

In November, King County Councilmember Reagan Dunn announced his intention to re-fund the police: “This re-fund the police initiative that I am launching is going to put about $15 million — a much-needed investment — [toward] about 33 FTEs, employees, in the sheriff’s office; it will re-establish the gang unit; it’s going to put money into recruiting and retaining deputies, including some bonuses when they come onboard; it’s going to put the hate and bias crime unit together as well as the gang unit, and a lot of other things that will help keep our community safe.”

“We’ve already exceeded the historic records of gun violence that we saw last year in 2020,” said Dan Satterberg, King County Prosecuting Attorney. “It allows us to confirm what we feel in our gut. Incidents of gun violence, incidents of shots fired continues to grow at an alarming pace,” he said.

So far this year, 73 people have been shot and killed in King County, compared to 69 shooting murders in all of 2020. The victims are primarily young people of color. (The department does not track the ethnicities of the suspects, in part because at-large perpetrators would lead to incomplete data.)

Seattle seems determined to catch up with Chicago and NYC. Just giving people what they voted for.

The city seems ripe for an Antifa takeover honestly. They will probably wait until a Republican is in the WH though.

My SWAG is that a “benevolent billionaire” is going to form a private security company which gradually morphs into a private police force. Now who might that be? Perhaps someone with a fleet of local delivery trucks that might soon need on-board protection, which then morphs into individual patrol cars, which them morphs into offering private protective services to businesses that are being underserved, which then morphs into a private police force/army similar to the Russian Oligarch model. Apparently Portland now has two such security companies patrolling the downtown, which I noticed on a recent trip through the war zone.

I can’t believe I suggested this as a possibility in the summer of 2020 as the defund movement was ramping up. It was part ofmy “follow the money” as opposed to “follow the idiots” analysis. Who would benefit, how, and why.

Just wait until food completely disappears from the shelves. Things can still get a lot more interesting. My new favorite way to annoy liberals is to state (so they can overhear) “remember when Trump ws president and there was food on the shelves?” Old Brandon is only 3 meals away from a revolution. Forget 1984, we are heading towards A Clockwork Orange.

“My SWAG is that a “benevolent billionaire” is going to form a private security company which gradually morphs into a private police force. Now who might that be?”

And, I returned with the same question I ask about New York City: how many business leases are not being renewed?

It all depends on whether the grass is greener on the other side.

I remember I always told my wife, “the grass is always greener on the other side.”

I wish I didn’t because now she divorced me and married my neighbor.

Settle voters are getting exactly what they voted for. I hope the place burns down!

Obviously, it now imperative to seize guns from law-abiding citizens. It has become much too dangerous for them to have guns. Without enough police, somebody might get shot.

A crazy twist to this story – In 2021, Seattle sold a record number of $$Million Dollar Homes. According to local Real Estate Agents, there is a long waiting list of buyers looking for High priced homes in Seattle.

Crime doesn’t matter to the 1%

It will matter when the people who can’t be detained figure out there is a whole lot more money to be made in home invasions in million dollar homes and kidnapping the kids who live in them than in mugging granny or burning down a business.

A lot of them are buying second houses out in the rural areas.

Then they walk around with their noses in the air about the anti-vaxers.

Wasn’t that the intent?

They should ALL leave to somewhere they’ll be appreciated.

The more that leave, the harder it will be on the ones who stay, hopefully causing a domino effect.

Come to Florida!
We are hiring.
Governor Desantis has stated no mask or vaccine mandates.
We already have the no statue destruction and run over rioter laws.
Armed guards required in all Florida schools.
Shall issue concealed carry permits.
Thank the Lord the democrat lost the recount for Governor.
We are now solidly red and doing well.
Seattle can have its progressive stew.

So, weirdly, for now, carry is one of the areas where Washington state is better than a lot of places in the country. It’s one of, if not the first shall issue jurisdictions, with the law dating back to 1969. The fee is $52.50, all inclusive, and there is no training requirement. The state has 30 days to perform the background check, and if they do not find anything disqualifying, they must issue the permit by the end of that period.

On top of all that, it’s an open carry state, although there are restrictions on where you can carry that way, so the CPL is worth it.

“No guns allowed” signs at businesses do not have the force of law. Violating those is a terms of service violation and the only way you’d get in trouble is if you didn’t leave when they asked. At worst it’s a trespassing ticket.

The state also has a strong preemption law, so Seattle can’t make up it’s own BS rules about where and when people can carry, or what they can own.

The progressives are constantly trying to undo all of this, of course, but for now, it’s pretty decent.

Good. All of the cops should quit, and let Seattle send in their PUSSYHAT social workers to deal with the dregs of society.

That way, we’ll be rid of social workers and the criminals who kill each other.

So they have 880 sworn officers. Sounds to me like about 400 too many.

But… Good cops and good prosecutors and good judges and good juries make for low crime rates and a good life for everybody. Knock one link out of that chain and the whole house of cards collapses rapidly.

The commie city council member survived the recall vote… not the re-election thing Newsome survived, Seattle couldn’t even get enough votes to recall her.

Satan’s little army of addicts, zombies, gang members, drug dealers, human traffickers will tear that city to shreds and the elected officials will do their best to see that this army has all the support it needs. In case you haven’t noticed, I truly believe this is a struggle in biblical terms. God makes it clear what happens when you choose to live in darkness and willfully turn your back on His law. I’m not an evangelical, I’m just saying that what I see happening is truly consistent to that which is written.

Seattle DOT recently reduced many arterial speed limits to 25mph—nearly what is set for driving past schools. The justification is that that speed is safer. The real purpose was to increase traffic fines for the city.

Fortunately, there are so few officers than whizzing by one of the Karen signs telling you that you are speeding has no consequences. I particularly love it when the sign flashes “Slow down”. Screw you—I have work to do.

So pardon me for not caring as much about the shortage of SPD.

Why are you repeating the lefts terminology? It’s not gun violence, it’s criminals acting criminally.
Gun violence is code from the left to get people thinking about gun control to lead to c0nfiscation.
Just stop using their terminology and correct them.

This is the first time in history that the ineffectiveness of a vaccine medicine is being blamed on those who haven’t taken it!