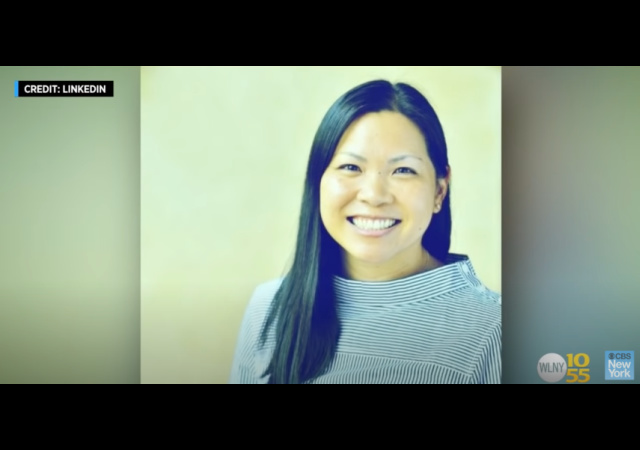 It looks like Go did not provoke Martial or “had any interaction” with him.

NBC New York reported Martial has a criminal history with “multiple prior arrests” and was on parole. The police also said he “was experiencing homelessness at the time of the assault.”

Another woman told police Martial “approached her” before Go’s death. She feared for her life:

“He approaches her and he gets in her space. She gets very, very alarmed,” Assistant Chief Jason Wilcox said, describing the earlier encounter. “She tries to move away from him and he gets close to her, and she feels that he was about to physically push her onto the train. As she’s walking away she witnesses the crime where he pushes our other victim in front of the train.”

Unfortunately, before the facts came to light, people tried to politicize Go’s death by connecting it to the anti-Asian crimes in New York:

Saturday’s attack against Go, who was of Asian descent, also raised concerns amid a rise in anti-Asian hate crimes in New York and around the country. Police officials said the killing, including whether it was a hate crime, was under investigation, but noted that the first woman Martial allegedly approached was not Asian. Martial is Black.

“This latest attack causing the death of an Asian American woman in the Times Square subway station is particularly horrifying for our community,” Margaret Fung, executive director of the Asian American Legal Defense and Education Fund, said. She said the community was still mourning the Dec. 31 death of Yao Pan Ma, a Chinese immigrant who was attacked in April while collecting cans in East Harlem.

“These attacks have left Asian Americans across the city and across the country feeling vulnerable and they must stop,” Fung said in a statement.

How about we wait for facts before using a person for your agenda?

Martial told reporters as police escorted him that he killed Go: “Yeah because I’m God. Yes I did. I’m God. I can do it.”

Go worked as a senior manager at Deloitte, a consulting firm. She spent her free time helping people like Martial:

But the “wonderful,’’ “kind’’ 40-year-old woman was also known for her volunteerism over the past decade with the New York Junior League, where she helped those struggling to get and stay on their feet, including the homeless.

“Michelle’s focus populations were seniors, recovering homeless, immigrants, and under resourced and academically struggling elementary and middle school kids and their parents,’’ a Junior League rep told The Post in an e-mail Sunday.

Go worked on one committee with “the goal of empowering adults and young adults on the path to independent success,’’ the league said.

“She helped them prepare to enter or re-enter the workforce by developing their professional skills of resume writing, interviewing, and networking, and by making sound decisions in matters of personal finance.”

Can’t wait to see his record including the date of his last arrest for a violent crime.

Not simply homeless, but a feral human.

(Not my down tick)

This is not helping how I feel about the homeless I see everyday around there. Most of them are psychos. Yes, most of them.

You have to be crazy to be homeless right now. If you can fill out some paperwork, you have a house and food.

I heard Chuck Schumer bloviating about “stopping Asian hate” a few weeks ago. Maybe if he addressed those who are perpetrating these attacks he would have some success

Schumer’s nightmare is having to run against AOC to keep his seat.

Remember these jackasses and #StopAsianHate? They memory holed that shit at the speed of light when they realized where exactly the ‘Asian Hate’ was coming from.

Another white supremacist terror attack. He was an Oath Keeper, right?

Very sad, the woman had every right to be left alone.
I would donate the 45acp round to avenge her.

A lifetime ago we had institutions for people like Simon Martial, Yes, there were problems, but these places did solve themultiple problems of removing them from society, providing treatment, and providing civil safety from the more aggressive/dangerous.
And then the Karens came.

I can’t wait to find out which progressive prosecutor decarcerated him.

Ronald Reagan was blamed for closing California’s state hospitals. All he did was obey the court after the ACLU took the insane asylum cases to court.

It’s epidemic in both NYC and Los Angeles: both cities with Soros magically elected DA’s (thank you, voting machines and GOPe scum).

Many more such assaults go unreported. The profile of the murderers: male, black.

It’s got to be said.

Would that he could be experiencing electrocution.

Day after day—hate crime after hate crime—the daily murder of light skinned people committed by dark skinned people is proof that CRT is pure unadulterated bullshit. And far from having any positive value, CRT is actually pouring fuel on the fire by giving blacks an excuse to justify their anger and hatred.

And if that is not crazy enough for you, the democrat solution is to stop prosecuting black crimes and let black criminals out of prison.

Prison is not a punishment for some people. Food, shelter, medical care all for free and you’re with homies. Ever wonder why some criminals are grinning in their mug shots? They know they’re going home.