Stolen information focused on monoclonal antibodies and its worth was estimated at $2 billion. 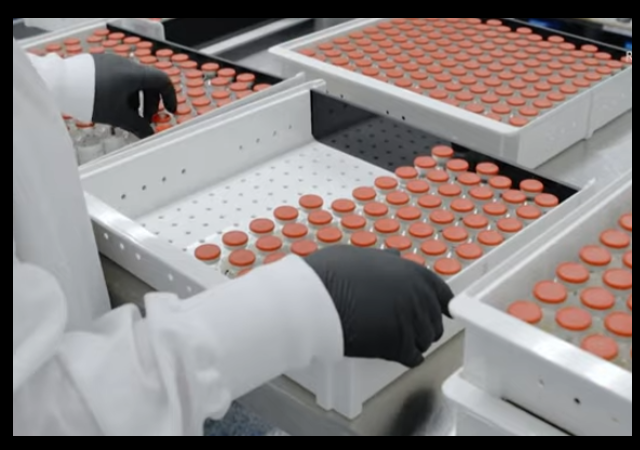 Another Chinese national has been linked to the theft of scientific information or technology developments to benefit a Chinese firm or government.

A former GlaxoSmithKline Plc scientist pleaded guilty on Monday to conspiring to steal trade secrets from the British drug manufacturer to benefit a Chinese pharmaceutical company.

Lucy Xi, 44, entered her plea in Philadelphia federal court, becoming the fourth person to admit to wrongdoing in connection with a scheme to misuse GSK’s trade secrets to benefit Renopharma, which received financial support from the Chinese government.

According to the Department of Justice, Xi and her co-defendants (Yu Xue, Tao Li, and Yan Mei) created Renopharma in Nanjing, China, to research and develop anti-cancer drugs. The stolen information was focused on monoclonal antibody treatments.

In reality, though, the company was used as a repository of information stolen from GSK. Renopharma received financial support and subsidies from the government of China. At the time, Lucy Xi (who was married to Yan Mei) and Yu Xue were employed as a scientists at a GSK facility in Upper Merion, PA, which worked on developing biopharmaceutical products. These products typically cost in excess of $1 billion to research and develop.

In January 2015, Lucy Xi sent Yan Mei a GSK document which contained confidential and trade secret data and information. The document provided a summary of GSK research into monoclonal antibodies at that time. In the body of the e-mail, Lucy Xi wrote, “You need to understand it very well. It will help you in your future business [RENOPHARMA].”

Yu Xue, her sister, Tian Xue, and Tao Li have all pleaded guilty for their roles in this conspiracy. Yan Mei is a fugitive who currently resides in China.

The trade secrets funneled to China are worth billions of dollars.

Xue, who has admitted to the charge earlier, faces a $250,000 fine, up to 10 years in jail, and possibly more fines if the court requires that she pay for the value of the trade secrets knowingly leaked, which industry observers estimate to be worth $2 billion.

“When individuals steal valuable trade secrets concerning one of these drugs, it’s a threat both to that firm and beyond. After all, innovation like this propels the U.S. economy. The FBI is committed to enforcing laws that protect the nation’s businesses from such theft. We will not permit American research and development to be scavenged for the benefit of other companies or countries,” commented Jacqueline Maguire, the special agent in charge of the Federal Bureau of Investigation’s Philadelphia unit.

I imagine these four were foreign nationals, likely educated in the US, under the program that allows them to be preferentially hired over US citizens.

Remove Chinese nationals from our schools. Keep them out of high tech.

No kidding. Haven’t we passed the “Chinese student as Chinese spy is just an anecdote” phase yet?

China is the cash cow that keeps on giving to Leftists, for goods or services, now or future.

Having once worked in Research, for this company, at another facility, I can say that certain individuals involved in Operation Warp Speed and advisors to Boris Johnson, bear a lot of the responsibility for this too. They replaced many American Researchers with Chinese “student interns” and farmed out most of the American based research to Chinese “startups”.

So many things to comment on about this, but I’ll stick with just one: The government’s lack of appetite to prosecute these cases for what they are, which is espionage. Instead, they stick with white collar crimes like wire fraud and conspiracy to steal ‘trade secrets.’ There are no private companies in China. Every entity in China exists to benefit the Chinese Communists, a political organization that has thousands of nuclear weapons targeting US cities.

We’re in this WuFlu mess because the Chicoms were grossly negligent in their biowarfare agencies, OR it was an intentional act. Either way, this was caused by the Chinese building up or flexing their war-fighting capabilities. And now, they’re using this global pandemic to then secure propriety technology that we and our allies have developed to protect ourselves form their weapons of war. That’s straight-up espionage.

All four of these duplicitous Chicoms should be strapped to old sparky and sent over the rainbow at dawn. That won’t happen because China has its first bought and paid for US President (aka ‘The Big Guy’)

And yet Western companies still hire Chinese nationals and put them in positions of trust. Perhaps it’s time for Western companies to take Chinese industrial espionage seriously and re-evaluate their hiring procedures to eliminate the problem.

Let the “racist” tag be applied – I don’t care anymore since EVERYTHING I do in my WHITE SKIN is “racist”, but let’s be honest to ourselves – do we NEED all these Chinese in America? Do AMERICANS have the freedoms in CHINA to do what the Chinese do here? Every single Chinese student and NON-CITIZEN should be immediately sent home! That simple! Every Chinese native that is now a US Citizen should be investigated for ties to COMMUNIST CHINA – then sent home! Sure it will hurt the cash cow of the colleges – who care – just ANOTHER arm of COMMUNIST CHINA in many cases! It’s past (not passed as so many believe) time that the USA returns to being THE USA and not the World’s Dumping Ground! It’s a PRIVILEGE to live in the USA and if you’re not lucky enough to be born here of US CITIZEN parents, then you must be invited in! That simple! No apologies to democrats for all their toes I’ve stepped on!

What companies and/or US intelligence agencies really need to do is put together some falsified but credible-looking research results, and arrange for the ChiComs to steal them. Then they will blow tens of millions of dollars, or even more, in attempts to commercialize the stolen technology. The “spies” would get paid twice–whatever the ChiComs pay for the phony information plus what our side pays them to betray the ChiComs.

If this was to be acted on, it should probably be supervised by the DOJ and/or other Federal agencies to ensure that everything done is legal according to U.S. law.

Just speaking personally, but it would really, really help a lot in understanding the situation if somebody who knew what they were talking about actually differentiated between mainland Chinese and Taiwanese, given that one is a long time ally and the other is an implacable enemy (not that ALL Taiwanese people are our friends, any more than all Americans are anti-communist).