Building a world that works actually requires employees to do the work. 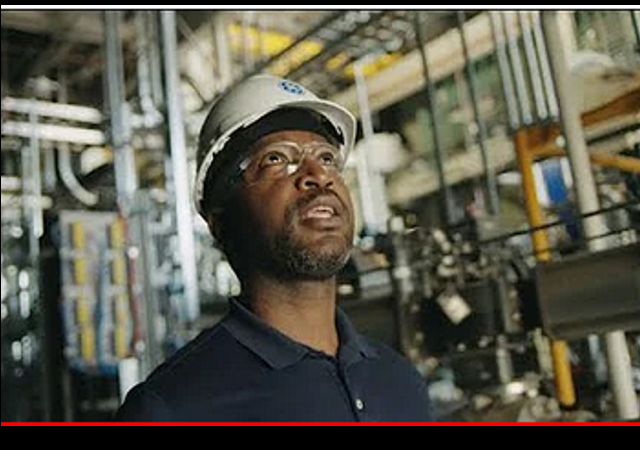 General Electric announced that it has suspended Covid vaccine or test requirement for employees after this week’s U.S. Supreme Court ruling.

The Boston-based maker of jet engines, wind turbines, and medical scanners confirmed the decision Friday via e-mail. GE is the first major company to announce a halt after the court’s decision to block the centerpiece of Biden’s push to boost COVID-19 vaccinations.

GE holds a number of government contracts, so its 56,000 employees in the US originally fell under a separate vaccination mandate for federal contractors. The company paused that requirement in December — after a federal judge temporarily blocked the rule from going into effect — and then planned to comply with the vaccine-or-testing mandate for private employers.

After the decision came down, Labor Secretary Marty Walsh vowed to use the Occupational Safety and Health Administration’s existing authority to hold businesses accountable for protecting workers against Covid.

“Regardless of the ultimate outcome of these proceedings, OSHA will do everything in its existing authority to hold businesses accountable for protecting workers,” Walsh said on Thursday.

OSHA still has general authority requiring employers to maintain a safe workplace and can fine businesses if they fail to do so. The agency has investigated thousands of Covid complaints with millions of dollars in proposed fines since the pandemic began. ”

Given Vermont as an example, I am unsure exactly what policy Walsh thinks will work in an occupational setting that will stem the transmission of Covid in any meaningful way, especially as employees are just as likely to get exposures away from the workplace.

Last spring, Fauci said with vaccines as effective as these at preventing the spread of COVID, areas with high vaccination rates would have an extraordinarily low risk of a winter surge

So why is Vermont, one of the most vaccinated places on earth, breaking records every day? pic.twitter.com/GqnTAIlzqr

I think it is interesting to note that the GE slogan is: Building a World That Works.

This new line brings to life the GE of today and underpins the positive momentum and continued efforts of GE’s multiyear transformation. It emphasizes the importance of the work we do, and the impact we have on our communities around the world.

If the last few months have taught us anything, it’s that the world can be unpredictable. However, one thing we do know is that the planet must keep on turning. And because GE is a part of so many moments that matter, we must rise to any challenge. That’s why the people of GE are committed to waking each day, rolling up our sleeves, and helping to build a world that works.

It will be interesting to see how many large corporations follow GE’s example.

Did a light bulb light up over the GE head’s head as a genius idea, or is this backing off the vax mandate mere illuminated strategy for the short-term? .

If it did, the bulb was made in China.

A diverse group in that ad. Does it reflect reality or is it an HR dream?

They know the lawsuits are coming, and they no longer have the federal government giving them cover.

IMO we are likely to see a pattern of bifurcation in employer response. Those who still farm, mine, drill, manufacture, transport, stock and sell a tangible product are more vulnerable to the risk of 10% of their employees walking out. As are those who provide some intangible goods, at least to the most valuable/reliable employees departing.

The remainder can muddle though as the have for tow years. Especially those in certain government occupations which begs the question; if we don’t or can’t rely on the contribution these folks make to our economy why do we need them when Covid ends?

Non-sterilizing vaccines and false-positives for a trimester, perhaps longer. Silent spread and present, but not viable, respectively.

JP Morgan and Nike are threatening their employees with firing if they don’t take the shot.

While 78% of Democratic voters support the Biden administration’s COVID-19 vaccine mandate plan, only 22% of Republicans and 41% of voters not affiliated with either major party support the vaccine mandate. And many Democrats would support even harsher measures, including fines for Americans who won’t get the COVID-19 vaccine and criminal punishment for vaccine critics.

Fifty-nine percent (59%) of Democratic voters would favor a government policy requiring that citizens remain confined to their homes at all times, except for emergencies, if they refuse to get a COVID-19 vaccine. Such a proposal is opposed by 61% of all likely voters, including 79% of Republicans and 71% of unaffiliated voters.

– Nearly half (48%) of Democratic voters think federal and state governments should be able to fine or imprison individuals who publicly question the efficacy of the existing COVID-19 vaccines on social media, television, radio, or in online or digital publications. Only 27% of all voters – including just 14% of Republicans and 18% of unaffiliated voters – favor criminal punishment of vaccine critics.

– Forty-five percent (45%) of Democrats would favor governments requiring citizens to temporarily live in designated facilities or locations if they refuse to get a COVID-19 vaccine. Such a policy would be opposed by a strong majority (71%) of all voters, with 78% of Republicans and 64% of unaffiliated voters saying they would Strongly Oppose putting the unvaccinated in “designated facilities.”

– While about two-thirds (66%) of likely voters would be against governments using digital devices to track unvaccinated people to ensure that they are quarantined or socially distancing from others, 47% of Democrats favor a government tracking program for those who won’t get the COVID-19 vaccine.
How far are Democrats willing to go in punishing the unvaccinated? Twenty-nine percent (29%) of Democratic voters would support temporarily removing parents’ custody of their children if parents refuse to take the COVID-19 vaccine

That just shows how much Democrat voters are indoctrinated by Democrat Media. They are all mainlining CNN and NBC. The only surprising part is that the percentage of Republican support for all those questions is even in the double digits. That shows that some Republican voters watch Mainstream Media too. All Republican voters need to shut the damm TV off!!!

One down, Glock to go.

“I think it is interesting to note that the GE slogan is: Building a World That Works.”

It used to be “Progress Is Our Most Important Product.”
But that was before that word became one of the hundreds that leftists appropriated and pissed all over such that nobody ever wants to use it again.

As a GE retiree I am thankful that the company has stopped the vaccine mandate. It is a win for the employees.

Progress is Our Most Important Product was also their slogan when they actually still made things.

Now, much of what is branded “GE” is made by other companies who have licensed the name.

Isn’t GE owned by China now? I think it is just a name used for cover, same as Westinghouse.

It took me less than 9 minutes to investigate the ownership of GE.
Here’s the proxy statement from March 2021:
https://www.ge.com/sites/default/files/ge_proxy2021.pdf

Stock ownership by large shareholders is summarized starting on page 25. The largest shareholders are 4 of the giant mutual fund companies:
“T. Rowe Price, Vanguard, BlackRock and Fidelity own 7.7%, 7.4%, 6.5% and 5.5%, respectively, of our total outstanding shares.”

No other entity owned more than 5% of GE’s shares. None of the largest shareholders is “Chinese” by any stretch of the imagination. Between them, the fund managers own GE shares on behalf of hundreds of mutual funds. Collectively, the mutual funds have millions of owners, large and small, mostly individual investment and retirement accounts.

For “China” to “own” GE, they’d have to control more than half the voting shares, and they’d have to do it while spreading their ownership across an absolute minimum of 11 different legal entities.

If you work (or worked) and have a 401(k) or other retirement account through your job, there’s a VERY good chance that YOU own some GE shares indirectly. Are you Chinese?

No. But, they sell licenses to use their various brand names. I owned a GE television set, later one branded RCA. Both were made in Bloomington Indiana, but by Thompson-Houston, a French concern.

I would call that authoritarian.