“I told my fellow officials that I can no longer participate in a sport which allows biological men to compete against women.” 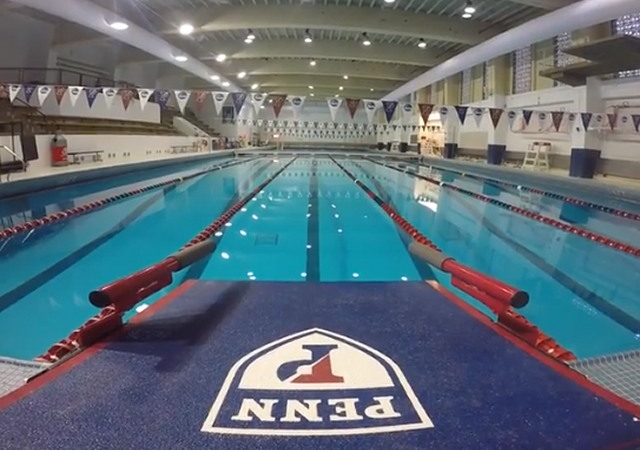 We have been following this crazy story for a couple of weeks now. Is this a tipping point?

Cynthia Millen has officiated at USA Swimming events for 30 years, but she hung up her whistle last week in protest over Penn transgender swimmer Lia Thomas, and she hopes others will follow her lead.

Ms. Millen said she notified USA Swimming of her decision in a Dec. 17 letter, saying she realized as she packed for the US Paralympics Swimming National Championships in Greensboro, North Carolina, that “I can’t do this, I can’t support this.” She pulled out of the event.

“I told my fellow officials that I can no longer participate in a sport which allows biological men to compete against women. Everything fair about swimming is being destroyed,” she said in her letter, which she shared with The Washington Times.

The 22-year-old Thomas has smashed records in her first year competing against women after three years on the men’s team, posting this nation’s best times in the 200 and 500 freestyle events and making a run at NCAA marks set by Olympic greats Missy Franklin and Katie Ledecky.

Ms. Millen said that if she officiated at a meet that included Thomas, she would rule the University of Pennsylvania senior ineligible to compete against female swimmers.

“If Lia came on my deck as a referee, I would pull the coach aside and say, ‘Lia can swim, but Lia can swim exhibition or a time trial. Lia cannot compete against those women because that’s not fair,’” Ms. Millen told The Washington Times.

Finally someone with the cojones to do the right thing.

And she doesn’t even have to transition to have them!

In college, I swam in the southwest conference against U of Texas, Texas A&M, etc, and we always lost. Some of those guys were aquatic animals with big flipper hands and feet, and long legs and arms. If any of them decided to compete as a girl, they would leave Lia Thomas 38 seconds behind them.

That’s what is probably needed to put an end to this nonsense. If you get a Michael Phelps-type guy who decides to compete as a girl, he’ll set records that are obviously impossible for any real girl.

Maybe then they’ll wise up, and have three groupings: Men, women, and “other.” Some woke states already do this on drivers licenses.

There are only two sexes, so only two groups are needed. Calling Biological Simplicity on this issue

I’m not opposed to a third group, in fact, give Trans their own league. They will complain, but trans men can’t compete against biological men, and trans women only compete in women’s leagues because they can’t win in the male competitions. So really, it is the only workable solution. Anything that has ever had a penis doesn’t belong in women’s competitive sports.

The testosterone suppressants he uses won’t do anything to reduce his height, lung and heart capacity or male muscle mass. It’s a joke to claim he’s a girl because of one year of drug use. His DNA will tell the truth.

It also won’t reduce his big hands, big feet, and long arms and legs. Those serve as enhanced flippers for a swimmer.

There are international standards which the USOC adopts and flows down to the individual sport governing bodies in the USA. The NCAA generally picks up on those standards. It would take more than just a year to allow a man to switch over to eligibility to compete as a woman.

Again, most officials see as their goal fair competitions and meaningful record keeping. This is true if it is a college meet or a masters meet that gives out awards and maintains age group records. It is unfair for a 70 year old to compete against a 20 year old. It is unfair for men to compete against women. We have years of data to back up both statements. This has nothing to do with the value or worth of individuals, and has nothing to do with whether a transgendered individual is “accepted” by society as a whole or by a particular religious teaching. As an official, I respect all individuals and want them all to compete. That means applying the rules, and lobbying for rule changes that promote more fairness in competition. I can’t vote one way at a USATF Convention on this issue and then act happy when the Ivy League goes the opposite way.

Another problem, as I see it, is that even Legal Insurrection grants this confused person the status of being a female by using the pronouns she and her. This is simply caving in to the new orthodoxy.
LI should stand firm and not fall into the linguistic trap set by the Left…