Keep it up, Democrats, no one can red-pill parents like you do with your insensible abuse of our nation’s children. 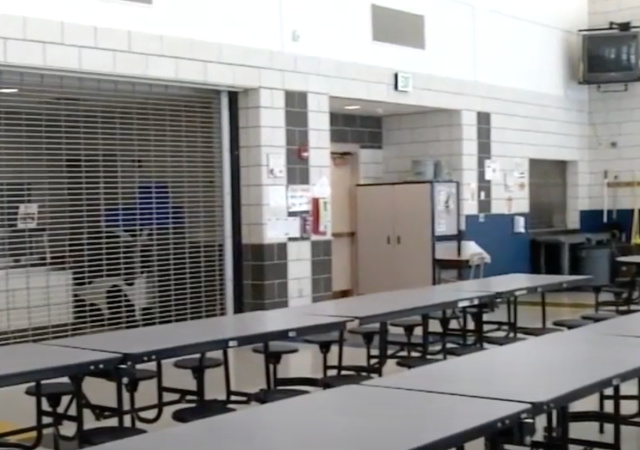 Okay, I am blessed to live in Free Florida, so I don’t really ‘get’ what people are going through in other states.  We haven’t worn masks here since . . . oh, early 2020ish? And that was by choice because we didn’t know what this covid Wuhan thing was. Once we understood it better, we just quit wearing masks.

Our governor has fought to ensure that our state is safe (keeping seniors in nursing homes safe, unlike New York’s then-governor Cuomo, setting up vaccine and treatment centers) and free (ensuring we are not locked down, force-masked or -vaxed, etc.), so I do live in a Freedom bubble.  I know that, but I don’t think I appreciate my Free Florida freedoms as much as I should, as much as we should all appreciate our freedoms as Americans, until I see stories like this from New York City.

Here in Florida, kids have been in school all year, unmasked and thriving, but that’s not the case in New York City. They are apparently only recently back in schools, required to be masked at all times, including counterintuitively outdoors, despite all the science that shows children are at near zero risk of becoming seriously ill much less dying from WuFlu.

So it’s fall, almost winter, in New York City.  Apparently, forcing children to sit on the ground outside for lunch, while masked between bites, isn’t sufficient torture to establish control.

It’s too cold to force children to sit outside, so now, some NYC schoolchildren are reportedly required to eat lunch on the floor . . . indoors.

Earlier I deleted a tweet about my kid's school because I felt like I hadn't done enough to confirm what my daughter was telling me, but now I have. At least one NYC public school is indeed making kids sit on the floor to eat lunch inside, for covid reasons.

Most days they sit on the ground to eat outside, but parents were recently asked if their kids had permission to eat inside when it's too cold. My kids are double vaxxed so I said yes. In addition to not being allowed to sit at tables, they're not allowed to talk to each other.

This insanity must stop.  What kind of twisted, elitist control freaks think it’s okay to force children to sit on the floor indoors for lunch?  WuFlu can’t transmit on the floor?  It only transmits if children are permitted to sit at tables like human beings and not chattel?

There is little more infuriating to me than the ill-treatment of children.

Keep it up, Democrats, no one can red-pill parents like you do with your insensible abuse of our nation’s children.

Bless and keep every parent in NYC trying to navigate this mess. The rules are nonsensical, just like putting a mask on to walk to a table and taking it off when you are seated.

GA has been pretty much like Florida, all along, at least in the tippy top, where I live. SMH

Following the data from one of India’s most populous, high density states, with an Ivermectin side, even unsanitary conditions are a manageable risk. That said, they’re children, and at improbable risk of disease progression, let alone adverse events.

This is doing a great job of slapping parents in the face with just how downright STUPID the people in charge of educating their children are.

The ‘teachers’ in the public school system are the absolute bottom of the barrel, utterly incapable of critical thinking of any variety, and yet utterly and arrogantly convinced that they are the smartest people in the room.

These decisions are not made by teachers but by administrators. When I went to school long ago, the principals were promoted from the teachers and only needed a couple of secretaries to run the schools for them, but since then the college schools of education have offered a major in school administration. Judging by SAT scores going in and GRE test scores going out, these programs attract and graduate many of the stupidest students ever to squeak through an easy major. (Social worker programs are tied for the lowest place, and teacher programs are third lowest.)

In confirmation of the test results: every school admin that I talked to when my kids and grandkids were in school was incredibly dense. Teachers vary in intelligence, but administrators are uniformly at the bottom. And it seems to take a dozen of these college-miseducated fools to do the work that one high-school-educated secretary did 50 years ago.

This is the teacher’s unions at work. They don’t care about the kids, but are actually afraid of the kids. They are terrified that a kid will infect the teachers and administrators. And it is stupid too, because by denying themselves exposure to milder strains circulating now, they set themselves up for slaughter when a really good, vaccine escaping strain comes along. And when this happens, I hope it does infect these teachers and send a good number to the ICU, because they deserve it.

The problem is that they will get out of ICU and return to pushing CRT and other crap.

Nothing shows this better than the herculean efforts Democrats have expended to keep our January 6 pre-trial(!) detainees as healthy as humanly possible:

This inmate stated that he had gone through 200 days of solitary confinement. This type of treatment is being used against inmates who are all pre-trial. They have been convicted of nothing.

The inmate with celiac disease must go days without eating because the jail will not accommodate his dietary needs.

71-year-old Lonnie Leroy Coffman, was in such poor condition that his lower forearm had turned purple and his thumb, black. Inmates claimed Lonnie could be in danger of losing his lower arm and has been denied medical treatment. Multiple inmates argued that if there were a way to get any inmate released, it should be Lonnie.

Rep. Greene: How often do you get mail?
Inmate: Whenever they [jail guards] feel like it.
Rep. Greene: Do you get to be included in any kind of educational classes or training?
Inmates: immense sarcastic laughter

Someday, our kids’ schools will benefit from this level of expert Democrat dedication. I can’t wait!

This is mindless administrative authoritarianism at work

She had her kids double vaxxed?
Did she not do a risk analysis?

“…they’re not allowed to talk to each other.”

This has been a rule in a lot of schools even before covid.

It gets worse. NY Governor institutes indoor mask policy. $1K-per violation. Unbelievable. Under what statutory authority does she do this?