Nearly $100 Billion in COVID Relief Funds Have Been Stolen

Nearly $100 Billion in COVID Relief Funds Have Been Stolen

But worry not! U.S. Secret Service is naming a pandemic fraud recovery coordinator. 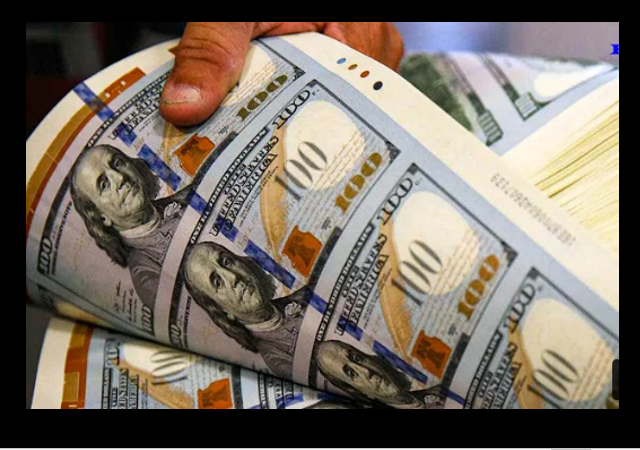 When the history of this pandemic is written, there will be many chapters devoted to the failure of response policies.

Indeed, one of the largest of those chapters will describe the fraud, waste, and abuse associated with the COVID relief program.

The stolen funds were diverted by fraudsters from the Small Business Administration’s Paycheck Protection Program, the Economic Injury Disaster Loan program and a another program set up to dole out unemployment assistance funds nationwide.

More than $2.3 billion in stolen funds have been recovered so far, resulting in the arrest of more than 100 suspects who span the spectrum from individuals to organized groups, according to the agency. The government has shelled out about $3.5 trillion in Covid relief money since early 2020, when the pandemic began.

One Alabama woman is an excellent example of a relief-fund fraudster.

Corine Campbell of Saraland, who pleaded guilty to conspiracy to commit wire fraud, was accused of helping with more than 50 bogus applications for money through the government’s Paycheck Protection Program.

According to Campbell’s plea agreement, she forged credit union statements showing the two men had the exact say account balances. She also pleaded guilty to a firearms charge filed after investigators searched her apartment and found a weapon she wasn’t allowed to have because of a previous theft conviction.

But worry not! U.S. Secret Service is naming a pandemic fraud recovery coordinator.

“The Secret Service currently has more than 900 active criminal investigations into fraud specific to pandemic-related relief funds,” Dotson said in a news release. “Every state has been hit, some harder than others.”

The Secret Service is using its Cyber Fraud Task Forces to partner with federal, state, local and tribal governments, law enforcement and others to deal with pandemic funds fraud.

…Dotson said the goal with this accelerated anti pandemic fraud effort is to maximize the investigative impact and seize as much stolen pandemic money as possible.

I am sure the Secret Service will operate with the usual government efficiency on the fraud.

This is my surprised face. No doubt there will be countless successful prosecutions. I wonder how they have personnel to do this, when they seem focused on those domestic terrorists attacking innocent school boards.

Yeah, nobody saw this coming, did they? I seem to recall warnings about potential fraud when the so-called relief bills were being written, but the Democrats pooh-poohed such concerns and didn’t include protections in the bills that got rammed though.

Do NOT confuse the US Secret Service (USSS) with the Fricken Bunch of Idiots (FBI – OK, I cleaned it up). Having worked with both decades ago before I retired, I had great respect for the USSS and disdain (at best) for the Bureau.

The Bureau’s propaganda for nearing a century has worked well. When federal law enforcement is mentioned, the average citizen automatically thinks of the FBI. Once upon a time the Bureau’s corruption was limited to stealing credit from any other agency (local, state or federal) possible. Turf battles to take over “turf” from other agencies were common, particularly with USSS over certain financial crimes. Then the Bureau branched out into politics and we have the modern FBI.

[Rand Paul voice] Where in the Constitution are there provisions or such aid in the first place?

On the back in invisible ink?

Davy Crockett, is that you?
😉

For those who have never encountered the reference…

Damn! What a great story. It shows that our current governmental issues have deep roots in history.

When Democrats talk about “opportunity,” the words “for graft,” though unspoken, should be universally assumed.

Amen, and thank you for using the correct term.

“But worry not! U.S. Secret Service is naming a pandemic fraud recovery coordinator.”

Who will create a committee to issue a report to call for the formation of a task force that will issue a finding that will call for the issuing of another report on the subject. And thus will all the money be recovered. Or something.

No, the USSS is fairly tiny so they are going to pick a few obvious and larger scammers and hammer the heck out of them for publicity. The rest will get threatening letters and that’s it. Billions of dollars flushed to overseas criminal orgs is just plain gone.

And will be on the job just as soon as he gets off maternity lave in 2023.

Whatever. I seem to remember reports in the media at least a year ago about fraud in the covid relief SBA program. But at that point nobody did a thing about it. Wonder why they’re going after the fraudsters now. It’s not as if anyone cared a year ago.

FAUCI IS THE BIGGEST FRAUDSTER

Secret service should start the Covid fraud investigation with Fauci.

He covered up his involvement in funding the Wuhan Lab. He lied to Congress. He extended the masking and lockdowns and destroyed our economy. He forced the USA to focus exclusively on vaccines resulting in $ billions of profit for the big pharma companies and 50,000+ needless deaths.

If ever there were an EVIL SCIENTIST – he is it.

$100 billion? Pfft. Somebody is undercounting.

The more bureaucracy the more fraud, it’s baked into the cake. IMO that is the goal, only ones prosecuted are the ones not supposed to get the fraud payouts.