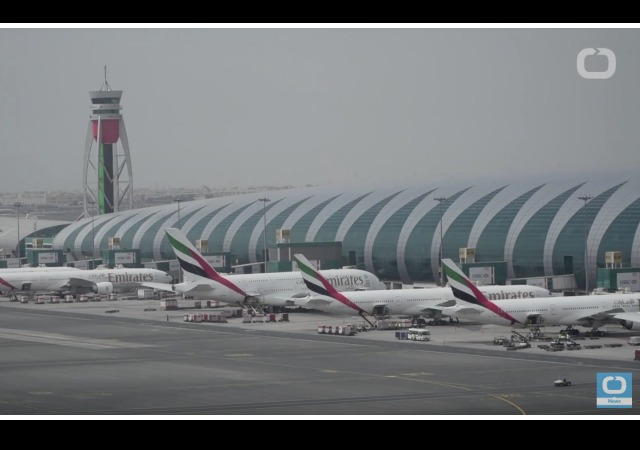 The CEOs of two of the nation’s major airlines assert that wearing masks on planes does not help limit exposure to COVID, due to the high quality of airplane ventilation systems.

The comments from American Airlines (AAL) CEO Doug Parker — the nation’s largest carrier — and Southwest (LUV) CEO Gary Kelly came during a hearing about the financial support that airlines received from the federal government in 2020 and 2021. But the topic of masks arose via a question from Sen. Roger Wicker, the ranking Republican on the Senate committee holding the hearing.

“I think the case is very strong that masks don’t add much, if anything, in the air cabin environment. It is very safe and very high quality compared to any other indoor setting,” said Kelly.

Both Kelly and Parker, who each have announced plans to retire as CEOs in the coming months, mentioned that high-grade HEPA air filters on planes capture virtually all airborne contamination and air quality is helped by how frequently cabin air is exchanged with fresh air from outside the cabin.

“I concur. An aircraft is the safest place you can be,” said Parker. “It’s true of all of our aircraft — they all have the same HEPA filters and air flow.”

Additionally, another airline CEO expanded on the effectiveness of airplane ventilation systems.

“The conclusion of that is that effectively anywhere that you’re going to be indoors, the airplane is the safest place that you can be indoors,” Kirby said. “It’s because the air filters are safer than a theater, safer actually than an intensive care unit because we have HEPA-grade filters.”

Kirby said airplane filters cycle air 20 to 30 times an hour, as opposed to twice or three times an hour in a hospital ICU. The studies from airlines also show that the way the air flows in cabins, from the ceiling to the floor, also reduces the risk of COVID-19 spread among passengers.

During the same hearing, Southwest Airlines promised lawmakers the outages travelers saw earlier this year will not happen for Christmas travel.

Back in June, Southwest Airlines suffered a system-wide meltdown which lead of hundreds of cancelled flights. It happened again in October.

CEO Gary Kelly told the committee several enhancements have been put in place to prevent the problem from happening again.

“We need to make sure we don’t over schedule the airline relative to the people resources we have,” said Gary Kelly, CEO, Southwest Airlines. “We made a number of adjustments in that regard.”

Hopefully, everyone’s holiday travel will be smooth and easy…and we will see the end of these mask mandates early in 2022.

They claim that filtered air in the aircraft cabin negates the need for masks. They did not even argue the efficacy of masks at all.

To make the argument about how effective masks are is to cede the argument to your opponent, who will happily bloviate about endless studies and CDC announcements until they declare victory. Turning the argument to “Our airplanes are highly filtered even beyond regular hospital air” makes the opponents try to dislodge an established point that has been an industry standard, proven in real laboratories, and approved by the CDC for years. Never fight on the opponents favorite grounds. Take your high ground and dig in.

(That being said, I’m still going to be wearing a mask in the airplane for years because that filtered air is *dry* and a mask gives me some humidity. Been doing it before, will be doing it after.)

b) the death rate by age per 100k is for every state is remarkably very close whether it is Texas, florida or a high compliance state such as california, colorado or minnesota. ( Age 65+ the death rate ranges between 1150-1300 as of Nov 15th- ) that death rate range is very narrow.

Unfortunately and ironically these same CEOs begged the feds to enforce their self-imposed mask mandates. This was one of Brandon’s first EOs in January. Now they want the feds to relinquish control? Yeah……..right!

Everybody hates masks on planes. Unfortunately Biden still requires masks in the airport itself, so you’re still stuck rebreathing your own exhalations for quite a while before your plane departs.

The Far Left Association of Flight Attendants [AFL-CIO} union demanded that Clueless Joe enforce the Mask Mandate through 2022. This has nothing to do with safety. It is all about control.

The Union owns Joe and has threaten to sit out the 2022 mid-terms if he doesn’t cave to their demands.

NIH and CDC have been criminally negiligent.

We pay $ billions every year for them to be prepared for pandemic and to protect us.

The average pay at CDC was $106,000 — with PhDs /doctors earning up to $288,653. PLUS the best benefit packages of any employee. You can expect NIH compensation is similar.

Yet despite this – they seems to be incompetent buffoons who just turn wherever the political wind blows. It’s almost as if they don’t know what they are doing.. 825,000 Americans DEAD. They cannot agree on Ivermectin or any treatments – they just have a political-driven policy of mask mandate and big pharma drugs. THEY KNEW by April 2020 that 95% of the mortality was among the most obese and those over age 70. But they did not adjust policy to protect those people. Many thousands died as a result. They also sat by while Fauci gaslight everyone on Covid origin. If I were working at NIH or CDC I would be ashamed.

I can even keep up with the number of studies showing how useless masking is. What most people never get in their tiny brains is if that mask isn’t fitted it’s of no uses no matter what kind it is.

Let’s see if the airlines go beyond testimony to seek removal of the mask mandate.

I think the first sentence says exactly the opposite of what you wanted to say.

Fixed. Thank you for the catch.

We just need 3 weeks to flatten the curve.