According to Israel’s Central Bureau of Statistics (CBS) survey, “84% of Christians are satisfied with their life: 24% answered “very satisfied” and 60% were “satisfied”.” 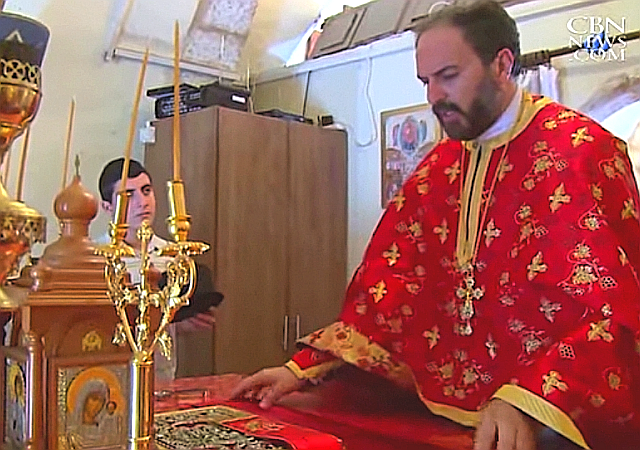 While Christianity remains under attack across the Middle East, the Christian community in Israel continues to grow and prosper. Israel’s Christians population grew by 1.4 percent in 2020, reaching 182,000 people, a pre-Christmas report released by country’s Central Bureau of Statistics (CBS) said.

The report shows that the Arab Christian women are the best educated group in the Jewish State. “The proportion of women among the Christian students was higher than the women’s proportion among the total number of students in all degrees and particularly in advanced degrees: 64.1% and 53.2%, respectively, of those studying for a PhD, and 72.9% and 63.8%, respectively, of those studying for a master’s degree,” the report revealed.

An overwhelming majority of Israeli Christian view their life in Israel as favorably. “According to the CBS, 84% of Christians are satisfied with their life: 24% answered “very satisfied” and 60% were “satisfied”,” The Times of Israel reported citing the data.

Here's the Christmas Tree at the Jerusalem YMCA lit up at night. Freedom of religion & goodwill in capital of the Jewish State. #MerryChristmas to my Christian friends here in Israel and around the world. pic.twitter.com/Kf0y1bXJMr

The news agency Jewish News Syndicate reported the finding of the demographic report released ahead of Christmas:

The number of Christians in Israel grew by 1.4 percent in 2020 reaching 182,000 people with 84 percent saying they are satisfied with life in Israel, according to the Central Bureau of Statistics (CBS).

Israeli Christians make up about 1.9 percent of the state’s population, most of them speaking Arabic.

There’s only one place in the region where Christianity grew by 1.4% this year…it’s the same place the Archbishop of Canterbury is warning Christians are being “driven out” of. 🤔 Heres what you need to know about Christians in Israel, from me and a Christian Arab, @YosephHaddad pic.twitter.com/s13G85zsvM

While the Palestinian Muslim population has grown exponentially, the number Christians in the PA-controlled territories continue to decline. “When the Ottoman era ended in 1922, Christians were 11 percent of the population of Palestine—about 70,000 people. According to the 2017 census by the Palestinian Authority (PA), they now number 47,000—barely 1 percent,” the U.S. magazine Christianity Today noted in its August 2020 issue.

The things are just as troubling in Hamas-run Gaza. Under Hamas’s 14-year reign Gaza’s Christian population has dropped by more than 75 percent; from 4,200 in 2007 to the current figure of nearly 1,000. The remaining Christian community in Gaza faces repeated terrorist attacks on its members and institutions.

Christians in the Arab Middle East and Muslim majority countries share the same dismal fate. Besides being in demographic decline, many of these communities face brutal persecution and outright genocide.

Turkey, home to some of the world’s oldest Christian holy sites, has been destroying historic churches and wiping off country’s Christian past. The Islamic State of Iraq and Syria (ISIS) singled out Christians for genocide, marking their home and businesses with the Arabic letter “n,” for Nazarene, the Muslim term for Christian.

Thank you for your carefully considered and factually supported comment.

Good to see an Orthodox priest pictured. Sounds like Jerusalem might be a safer place to live and worship than many US cities.